In this practical guide to consciousness, you will discover key concepts relating to energetic work, such as chakras and the seven rays, as well as dimensional and astral realms, and karma, gratitude and dreams. Over 45 visualisations, meditations and exercises, many beautifully illustrated, will enable you to reap the benefits for your spiritual wellbeing as well as your physical and mental health, and your relationships, contributing to a shift from self-importance to universal connection.

Inner Alchemy reveals your true power, intelligence and the impact you can have upon the world, helping you learn that personal transformation is a way of securing social and world change. It shows you the way and gives you the keys so that you may walk your path in wholeness. 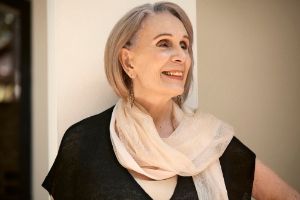 Zulma was born to Puerto Rican parents in 1943 in New York. Her Puerto Rican roots gave her Latin traditions and character, while her exposure to North American and European cultures helped to shape her intellect. She studied Humanities at Puerto Rico University and completed a BA in Romance Languages and Literature at New York University, where the beginnings of her formal search to understand the complexity of the human condition began to unfold. She went on to complete an MA in Education at NYU, which was followed by post-graduate studies in psychology and counselling at San Fernando Valley State College in California.

This was the California of the ‘60s and ‘70s, and in this environment she learnt about emerging New Age developments in exploring consciousness, which in turn led her to study Primal Therapy under Arthur Janov at the LA Primal Institute. Zulma’s inner drive to know God led her to travel from the Americas to Europe, India, South America and finally back to Europe to meet different teachers and to learn from many traditions. Zulma surrounded herself in ancient wisdom and immersed herself in multiple psychotherapies (Gestalt, psychosynthesis, basic massage, bioenergetics, energy balancing, polarity, regression, and psychic arts, among others). She learnt about world religions, meditation, and various healing methods and explored eastern and western traditions (Esoteric Christianity, Theosophy, Anthroposophy, Zen, Buddhism, Sufism, Taoism, Tantra, and western philosophies, esoteric science, occultism, and parapsychology).

Zulma opened a private practice in California and New York and co-hosted a show called Dimensions in Parapsychology for Manhattan Cable TV. Zulma’s simple tools come from the fullness and the love she has known in the inner recesses within. Inner Alchemy has been developed as a system for experiencing the reality of Higher Consciousness not only as an avenue for inner experience, but also as a source of direct action in the world.

Zulma went on to found the Inner Alchemy School of Consciousness in Brazil, Argentina and Paraguay. She followed her dream of reaching more people by expanding her activities to Europe, and settled in Spain in the mid-90s. There, she consolidated her line of work and continued to develop methods of meditation and self-knowledge. Zulma now spent almost four decades of my life dedicated to teaching, writing, trainings, workshops, and conferences.

The purpose of all of this has always been to advocate for personal transformation as a way of securing social and world change, while training others to master the path of Inner Alchemy.