When part-time construction worker and full-time hustler Chris Turner meets the girl of his dreams in a Dairy Queen drive-through, he induces her to climb out of the window and run away with him. She is Janique, and she’s everything he’s ever wanted.

So begins a love affair that defies reason. Submission, piercings, and mock kidnappings are just foreplay for what’s to come. The two hard-living antiheroes are so in love, they’d rather rob stores and banks than spend their days apart.

It’s all fun and games until they end up in connected prisons. It’s up to Chris to get them out again, using only brains, brutality, and a book by Tom Robbins… 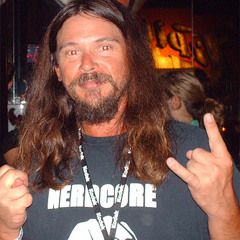 In the metal underground, he was known as the drummer Jason Gortician. In the goofy world of nerd rap, he was High-C, an influential figure and star of the documentary “Nerdcore for Life”. He’s also an established inventor and designer of future technology, as evidenced by the 1998 academic paper “Toward Ultimate Reality”.

Now he turns his experiences into underground novels full of lurid sex, drugs, and murder. And somehow, comedy.