Ten years have passed and he has forgotten her. But Mirari would still do anything to save her childhood friend from the executioner’s sword.

Meanwhile, Fangbane has spent his life trying to end centuries of social and political hostility. As his fame spreads, brave Knights rally to his cause.

But to truly succeed, Fangbane must have two others: Gaven, the headstrong warrior he helped put on death row, and Mirari, a simple merchant with a past as secretive as her formidable magical ability. Their aid could be the difference between success and failure.

Can Gaven put aside his apathy to fully commit to the alliance?

Will Mirari become a worthy fighter and subdue her desire for revenge?

With the threat of a growing movement of underground vigilantes bent on tipping the system, the Knights must act quickly.

Time is running out to rid the world of evil.

“The story picks up and scatters mysteries like breadcrumbsand I was really interested in following this trail to the end of the story and beyond.” -Reedsy Review

“A really interesting and engaging read. This book is full ofwonderful world-building and the characters are all so different.” -Goodreads Review 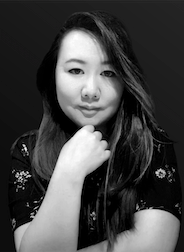 Stefanie is often seen swooning over birds, applying lemon on everything, and torturing herself with bad films. She took advantage of her MBA studies to live in Asia and Europe, and can currently be spotted in her hometown in Northern California.