When the rare night-blooming cereus plant is scheduled to open its petals at Shellesby College’s Night Lights Gala, Holly Jackson is there—and so is a killer. Events unfold that not only place her scholarship on the line, but also her life…and that of her rival.
Holly finds herself racing the clock to save her arch-nemesis, secure her scholarship, and catch a murderer…if she can! This is the ultimate escape book with an epic romance and a fantastic, unique mystery rolled into one hilarious story. In fact, it just might be the funniest book you’ve read all year!
Here is what The Prairies Book Review had to say about Dead Cereus:
“Seamon is a master at creating atmospheric settings, and cozy mystery lovers will find it easy to fall under her spell. An appealing, witty heroine, a gem of a leading man, and well-constructed setting and plot make this one a must-read for both mystery lovers and fans of chick-lit literature. Readers will look forward to more of Holly and William’s adventures.”
Enter the world of Dead Cereus; you’ll never want to leave. Pick up a copy of Dead Cereus today! Kira Seamon is the debut author with the killer imagination. 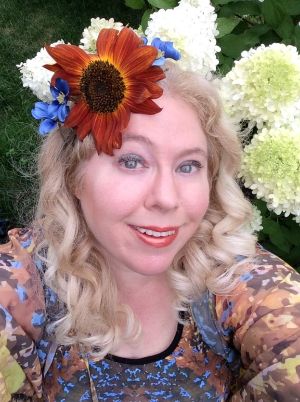 Kira Kanani Seamon was born and raised in Hawaii. A polymath, Kira is a gold medal/state winner in piano performance and a National and two-time Regional Dance Champion. She’s also an award-winning photographer, and in 2020, she received the prestigious Albert Nelson Marquis Lifetime Achievement Award, for which she appeared in the Wall Street Journal that same year.
Kira has been featured in the Writers and Readers’ Magazine, DRIFT Travel magazine, as well as fifty other newspaper features. Her horror short story, A Cereus Curse, is published in Terror Tract’s Hell-o-Ween 2021 anthology. Her debut novel, Dead Cereus, releases in January of 2022 and has already received a five-star review from Readers’ Favorite and the Royal Dragonfly Award in the romance category.