Paige Hanson wakes up to a question that turns her stomach; “Where is your husband?”

As she struggles to grasp the wisps of memory returning to her she begins to realise that there’s more at stake than Leo’s whereabouts.

With no other leads in their investigation the State turns on Paige, painting her as the number one suspect in her husbands disappearance.

She’s left with no choice but to turn towards the teachings of the one person she swore never to become in order to prove her innocence and, along the way, begins to realise that some questions are best left unanswered. 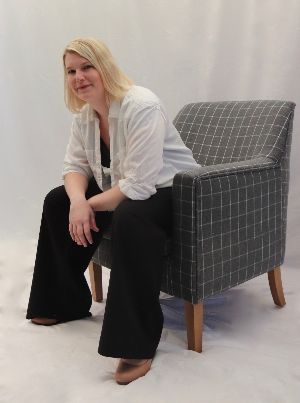 I enjoy writing, reading, drinking, terrible television and dancing around my living room to Beyoncé or T-Swift.

I studied script writing a long time ago.

I stumbled into a life of administration even longer ago.

I’ve wanted to be a writer even before all of that.

I self-published parts one and two of ‘The Light’ over the last few years and it was without doubt one of my proudest and most terrifying experiences. Putting your work out into the world always is.

Now I’m doing it all over again with The Diseased.

Thanks for joining me in this madness.