Ever had your mind split and come face-to-face with a 5000 foot goddess? Gavin has, and that’s just the beginning.

“I haven’t read a whole book of any genre in years, but couldn’t let go of Mythion, an exquisite interplay of sci-fi, evocative love story, thriller and mystery school. An absolutely must read.” — Liz A.

When Gavin comes to in a hospital with no memory of how he got there, he soon finds himself being railroaded against his will into an RPG psychotherapeutic marvel to heal his immuno-compromised body and to treat emotional traumas preventing him from becoming a truly powerful and effective person.

That RPG marvel takes place in a quantum-created alternate reality called Xenxu, a lush, immersive utopia with its own AI citizens, laws, and culture, where humans are the guests. Along his journey, he will be assisted by several mentors, both AI and human, and even future versions of himself. An immense feminine alien presence also takes a primary role in his training.

As Gavin earns both mental and physical upgrades, he undergoes superhero-like exercises, earning many achievements in the game world and unlocking new abilities in the real world. But he soon realizes something dark is happening in the background when a shadowy military organization begins stalking him.

Gavin finds himself at the center of a mystery bigger than he could have ever imagined. One thing is for certain: he’s being groomed for something big, and when alternate realities begin bleeding into the real world, he alone may hold the key to freeing humanity.

Armed with incredible mind-bending powers, his destiny will culminate in an explosive final mission that is out of this world!

A new age science fiction book with an epic storyline, Mythion blends multiple genres. It’s near future social fiction, technomysticism, a mystery, a thriller, and is also an epic love story for romance fans. With many layers to it, this is thinking person’s literary scifi but also a tale that action cravers will enjoy.

Mythion the book has a companion card game with some edgy innovations in its approach to gameplay. Search for Mythion Card Game to track it down, or get the link on my Amazon Author Page. 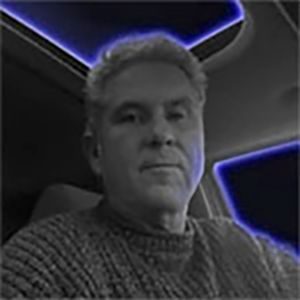 Upon visits Earthside, he hangs in Colorado, engaging in human things which require muscle movement and oxygen demand, while pointing his high-end astronomy gear to the firmament to photograph the wonders of the night sky, and which he fully intends to one day visit. But, alas, who has time for interstellar travel in the endless hubbub of these modern times?

In addition to being an author, he’s a treasure hunter, alchemist, astrophotographer, and in his own estimation, a permanent child.