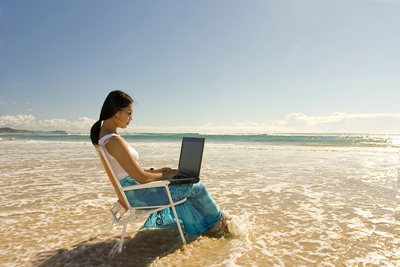 I’ve noticed, when I’m writing, that sometimes I suspect, I’ve been using To or Too, incorrectly.

Nothing in English is simple. But I’ll try to give the simplest explanation, so I won’t question my usage of To or Too, anymore. And hopefully some of you will pick up some pointers as well.

“To” is a preposition. It can be used when going towards something. “To the store” or “To bed.” Or, when your doing something in the direction of something or someone. “Speaking to your friend“, or “looking to the right“.

“To” is also used when you’re using a verb in the infinitive. “To go home“, or “to open the door.“

Here, is the tricky part! To can be used at the end of a sentence if a verb is dropped. For example, you could have a conversation like this…… “do you need to stop?”, “no, not right now”, “OK, let me know if you need to”….

The verb stop was dropped at the end, so the sentence ends in to.

On the other hand, too means the same as also, so if you can substitute also at the end of a sentence then use too.

Too, can also mean excessively or more than enough, as in; “too hot” or “too big“.

I hope, this will help me know, how many o’s follow my t at the end of a sentence. And hopefully some of you as well. :smile: