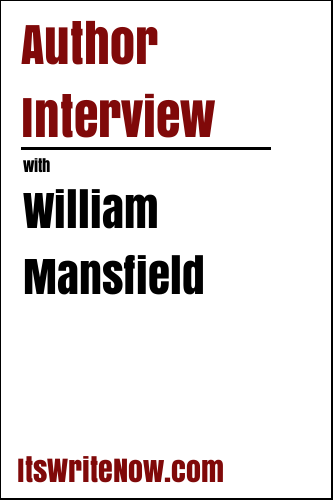 The discovery of a fifty-year-old corpse leads Alex and his law enforcement friends on an amazing adventure. How to investigate a cold case this old? Where do you begin? What do you want to learn? What will represent the end of the search – truth, blame, or just an unanswerable question?

Alex Wright is Laguna Beach surfing real estate appraiser who discovers the skeletal remains while measuring a house for an appraisal. Now he feels compelled to dig deep into the past to find out what happened on that certain day in February, 1957. As a newlywed, Alex has much on his mind. The red hot Orange County real estate market is peaking. His new bride, Rachel Fix, is adjusting to the settled life after a decade on the Pro Surfing Tour. But there is a mystery to be solved. The excitement and compelling action build from there leading to a guaranteed shocking conclusion!

And so begins the sixth story in the Alex Wright mystery series.

As you’ve mentioned ‘The Key to the Ranch’ is the sixth book in the Alex Wright series. What has been the major theme that you have been following through this series?

The overall theme of the Alex Wright series is to follow this individual through the changes that occur as a person matures. We first encountered Alex at the age of 32 in ‘Scammin’ a story of real estate loan fraud. We learned more about his earlier life through each of the adventures that followed. ‘The Key to the Ranch’ is the sixth in the series and Alex is now 36.

With Alex now being 36, what ideas did you have about what he should now be doing?

I had used the idea that Alex would discover something during a property inspection before as the basis of ‘The Mary Jane Mystery’. I decided to combine my love of classic cars with this point of discovery and add a new twist, the historic nature of a cold case investigation. At the same time I’m dealing with a maturing man in his mid-thirties. After two romances that he had hoped would lead to marriage and family, he has now seemingly found and wed the right woman for Mr. Wright.

Did you find the changing maturity of Alex to be the most rewarding aspect about writing this book?:
No, I found determining how a cold case investigation might unfold rather than one involving ongoing crimes more rewarding.

When you are working on how to write about the cold cases and criminal investigations did you do any research?

Yes, today anything an author needs is almost surely available online. So, whereas in the past I would drive to locales to gather specifics about the area or go to library research desks, now I simply open another screen on the Internet!

Did you draw on any life experiences when you were writing this book to compliment your research?

My fifty-year involvement in SoCal real estate gives me a wealth of experience and many interesting characters that have crossed my path. I grew up on the beaches and have lived the surfing life. Yes, one generally writes best about that which one knows.

In light of the knowledge that you did have, how long did it take for you to write this book?:

Approximately six months from the earliest outline to the book launch.

That is an impressive timeline. Finally, I know that this isn’t the end of Alex Wright. What can we expect next?
The seventh story in the series, ‘They Died So Young’ will be launched in July. It is another cold case investigation, but one much closer to Alex. It is the death of his parents twenty years ago.

That sounds very intriguing. I encourage everyone in our audience to take this chance to read the ‘The Key to the Ranch’, and we will catch up again next week to discuss your new release ‘They Died So Young’. Thank you William for graciously spending your time with us this week.

Want to find out more about William?  Contact him at the following locations:

We loved hearing about William’s journey as an author so much we chatted with him again to hear about his other novels An Unethical Murder  and The Died So Young, don’t miss them!