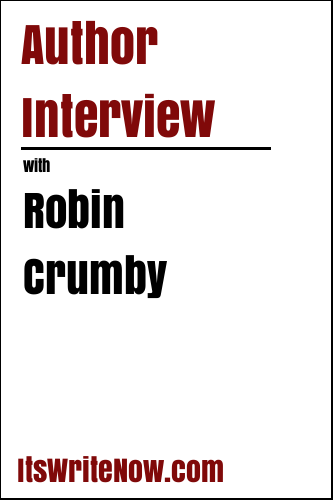 Today I’m chatting with Robin Crumby, the author of Hurst, the first book of the The Hurst Chronicles which he describes as a near-future thriller set at a castle on the south coast of England in the aftermath of a pandemic virus. It’s a story about the dystopian societies that have emerged and the power-plays that result. Think ‘Game of Thrones’ meets ‘The Walking Dead’ but without the zombies.

Robin, thanks for sharing your time today. I’d like to start today by talking about the background of your novel, Hurst. How did the idea for this book begin?

Hurst Castle, where the book is set, is a real castle built by Henry VIII five hundred years ago. I’ve walked there many times along a mile of shingle beach. It’s a stunning and remote location that inspired my story.
So, you’ve been to this location many times before you started writing?

Yes, The book is set in an area that I know well. As a child, I spent many weekends and holidays exploring the Solent and Isle of Wight, sailing dinghies and boats to places like Cowes, Yarmouth, Beaulieu and Lymington.
Since you started the with the location and your childhood memories for inspiration did you do any research?

Yes, I spoke to many people in the local area where the book is set to unearth some of the stories and history surrounding Hurst Castle. I also spoke to friends in the military who advised on some of the hardware and operational procedures featured in the book.
Has anything that you’ve read or specific authors contributed to the inspiration for this novel?

I read a lot of books, of all different shapes and sizes, but the authors that inspired me most to start writing were Cormac McCarthy rereading ‘The Road’ for the second or third time, Emily St. John’s ‘Station Eleven’, ‘Outpost’ by Adam Baker and M.R. Carey’s ‘The Girl with All the Gifts’. I wanted to write like them but create a story set in an area of the world I loved that juxtaposed the ancient and the modern, so a sci-fi story set in the near future at a castle built by Henry VIII.
After you had your background setting, how did the characters come to you?

There are a lot of characters in the book drawn from all walks of life and loosely based on people I have met or known. I found it stimulating to imagine how people might behave in this new post-apocalyptic world and avoid the clichés you find on TV shows where everyone seems to know how to fire a gun or wield a knife in combat. How would real people react in those life-threatening situations.

That idea of putting real people into challenging situations is intriguing. Did you put much of an emphasis of putting themes or ideas like this into your writing?

Very much so. One of the main themes in Hurst is nature vs nurture, so what makes man behave in the way he does. In the absence of law and order, how quickly would the life degenerate into feudal chaos? Another theme is man’s thirst for power, whereby a leadership vacuum has emerged and quickly filled by rival players seeking to rebuild the world according to their own beliefs or philosophy. Many divergent dystopian societies clash and jostle for survival and supremacy.

You’re addressing some big ideals here intertwined with the lives of these characters. Did you have characters that you wanted to stay with longer to see how this played out?

This is only book one of a series. So the characters will develop as the story progresses. I’m a disorganised writer so it’s exciting for me to start thinking about what happens next without having a predefined plan for the ending. That means I get to write the story in an iterative fashion which makes the writing process a lot of fun.
What did you find the most rewarding thing about writing this book?

For me, writing is a very collaborative and iterative process. The feedback loop with readers and other writers is paramount. It takes a whole ‘village’ to write a good book and hopefully the end result is testament to that collective effort.
Do you feel that your paid work has influenced this book?

I co-founded my own publishing and events business which I ran for 19 years. Part of my role was copywriting websites, proposal documents and business plans, so I think that training and copywriting discipline translate well into fiction writing.
How long did it take for you to write this book?

It took about a year, writing part-time while I was running the business.
What are you working on next?

Have started work on book two of the series and am hoping to publish it in early 2017.
I’m looking forward to seeing the release of that instalment. Now, I’d like to change it up a bit and talk about you as a reader. What are you currently reading?

I’m rereading ‘The Day of The Triffids’ by John Wyndham which was also set in the same region as ‘Hurst’.
What was your favourite book as a child?

I loved the ‘Lord of the Rings’ by J.R.R. Tolkien
Is there a book that you wish that you would have written?

Great Expectations by Charles Dickens
Do you have any philosophies that you live by?

Not especially but I am a great advocate for equality. If I had a catchphrase it would be ‘Keep things simple’ and ‘Don’t waste time worrying about things you can’t control’.

And finally, what is your favourite quote?
“If you’re going through hell, keep going.” Winston Churchill
Thanks again for your time today Robin, and I’d like to wish you luck with the second volume in the Hurst Chronicles.

Want to find out more about Robin?  Contact him at the following locations: