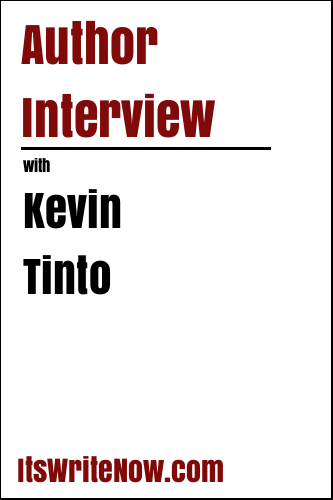 Archaeologist Leah Andrews stumbles upon something inexplicable in southwestern New Mexico: inside a dark cavern lies an undiscovered, Native American cliff dwelling abandoned for 800 years. While twisting through one of the narrow underground passageways, Leah’s flashlight illuminates the remains of a violent massacre. Ancient human remains—all slaughtered in a long-ago massacre—cover the cavern floor, along with a number of brilliantly colored, granite crystals. The rare crystals are native to only one place on earth: a frozen mountain range in central Antarctica. Could Native Americans have traveled to the frozen continent of Antarctica 800 years prior to the first known human exploration? If so how? And why? There’s only one person who can get Leah to those mountains in Antarctica: her estranged husband and climbing guide Jack Hobson. At their destination they make a stunning discovery that will change history and science forever. But Leah’s team is far from the only interested party. As her secret makes its way to the highest levels of government, a race to seize the Russian-claimed Antarctic territory brings the world to the brink of nuclear conflict.
Today I’ve had the pleasure to discuss the novel Ice with it’s author Kevin Tinto. Kevin, thank you for joining me today. Your novel threads through the the concepts of crystals in New Mexico, mountains in Antarctica and the Native American culture. Where did you have the idea to use these and other elements together to create a single story?

Having spent a lot of time in the southwest, the questions started from what happened to the Anasazi, or Ancients. Why did these Native Americans, who lived on the mesa tops for hundreds of thousands of years suddenly, and only for a period of 200 years, stuff themselves into these incredibly dangerous cliff dwellings.

So you consciously chose to use themes in your book?
Sure. As an author, you’re writing so much more than a story. To keep readers interested, you want to incorporate themes that encourage thought, exploration and raise legitimate questions, even in regard to the bizarre. “It’s all true! Except where it’s not…”

And did you do research to make sure that the true bits were really true or not true as the case may be?
Endless hours, days, weeks, months and years. The way you pin fiction is make everything, even the implausible, possible. I’m also a mountain climber, pilot, amateur archeologist with a lot of life experience behind me. It’s easier to write something people can relate to if you’ve been around the block one or twice, especially if that block has tried to kill you on more than one occasion.
So on one hand you have fabulous experience for the plot side of your novel, but you also had to make your characters relatable to the audience. Do you have such vast experience in relationships as well, or were your characters formed another way?
Interesting question. I saw a recent review for ICE, where a reader, who wasn’t fond of Dr. Leah Andrews, said, “The author choose to write her in this way.” The characters wrote themselves, I was along for the ride. If I could rein her in, I would, but she’ll have none of it.

Since the characters were writing themselves, did you have any characters who were your favourites to write, or ones that you wanted to work with longer than they would allow themselves to be in the storyline?
Well, I love working with all of them. I’d have to say, ‘Mac’, the mechanic who works for Al Paulson. Paulson is a hard driving billionaire with a passion for vintage ‘warbirds.’ Most people are scared to death of Al Paulson. Not Mac.

Do you ever dream about your characters?
Not unless they’re monsters…

Is there any character that you would want to meet in real-life? Like go to the pub with?
Al Paulson for sure. Here’s a guy who is self made, an amazing drive and imagination. He’s taken enough punches in the mouth trying to summit Mt. Everest; he understands that at some altitude, every man, or woman, has to put on their pants one leg at a time, like everyone else. His employees are fiercely loyal, and when he throws down on adventure, he can pick up the phone and call the President of Chile, or just as easily, order out pizza.

I love that image of that self made man like Al that you’ve painted here. Did you find creating characters like that the most rewarding thing about writing the book, or were you driven more by something else more rewarding?
The ability to bypass traditional publishing and write the story I wanted to write. I love that readers ‘get’ what I was working to accomplish, and although it’s fiction, I raised some real questions about the fate of the Ancients. While the world was relatively calm when/while I wrote ICE, it occurred to me all that detente would go right out the window with the discovery of something that could change the balance of power. Governments would be at the brink of nuclear war in a heartbeat. Never trust anyone in elected office to do anything except look out for their own well-being.

I think that’s a very wise thing to say considering some of the elected officials in power in the world at the moment. I’d like to touch a bit more on your experiences self-publishing or ‘bypassing traditional publishing’ as you’ve put it here. What do you think about the ability to self-publish?
It’s a revolution, a super nova happening right now. Indie writers will be most of your future best sellers. Once readers discover Kindle, or the Kindle App, (I use with iPad), the library is obsolete, as are traditional publishers. I sell more Kindle editions in one month (4,000-5,000) than a traditionally published hard cover will do total. I own the rights forever.

Those really are some impressive sales that you’ve quoted. Do you have any tips for other self published authors who want to make an impact like that?
Write everyday. If you cannot write everyday, move on to life plan B. First drafts suck. They are simply a way to get to a more advanced outline. First Drafts are not a measure of how good a novel will be, or not be. A poorly written manuscript is simply not finished. Get/hire an editor. They are your coach. Do not show manuscripts to friends and family. Once you have a finished manuscript, use Fiveer for your cover. Use Create Space to professionally set your book for $199. Price at 99 cents, and let Kindle Unlimited pages, at .005 a page pay you a mint.
All of that advice is just value bombs as far as I am concerned. Can we just expound on a few of these points that you’ve mentioned. Firstly writing, you’ve mentioned that an author needs to write every day. Do you measure how much you write a day?
I work to write a thousand words a day, on first-draft work. Let’s be honest here. First drafts suck. They draw the life out of you. On the other hand, it’s a bit like hitting that one awesome golf shot. (If I golfed.) You can muddle through all day, and suddenly, you’re writing the most amazing scene you’d never even imagined in all of the outlines.

And then we get to editing. How do you go about the editing process? Do you do a large amount of editing the books yourself?
Wow. Here’s where being an Indie writer takes some toughness. You don’t have the huge crew that Random House would assign to you. I hire and depend upon one of the greatest thriller editors around: Ed Stackler. He is as much responsible for the success of ICE as I am as the author. Getting a perfectly clean line edit out of 110,000 words is nearly impossible, even with help. We are on the 2nd Edition of ICE, with some edits and additions, including the first two chapters of ICE GENESIS.

I’ll come back to Ice Genesis in a minute, but I’d just like other authors to get a bit more value from your experience. How did you get your book cover?
Fivver. $5 to design my cover. Boom. Use it.

That’s a great goal and I’m sure that you’ll hit it, you’re already over half way there. How long did the process of writing Ice take?
Nearly 10 years.

Now you’ve mentioned Ice Genesis, what is it?
The sequel to ICE, called ICE GENESIS. I also wrote another Jack and leah novel, called ARK. The search for Noah’s ARK in Iran, not Turkey. It is a stand alone. When readers started to scream for a sequel to ICE, I shelved it for now, in order to keep the ICE story line alive.

Are you lucky enough to be able to devote all of your time to writing?
I’m a writer by trade. I own http://www.slidingonthecheap.com with more than 50,000 subscribers. I have also written for the SF Chronicle and more.

An on the other side of being a writer, you must also be an avid reader. Who are your favourite authors, and do you believe that they have influenced your writing style?
King: Amazing characters, and he has no fear writing about anything.
Preston/Child: Fun imaginative story lines, outside the box.
Koontz: Prolific, funny, scary.
Andy Weir: The best researched Hard Science Fiction/Plausible story ever
Rowling: The ability to imagine an engaging narrative that spans 7 novels.
Herbert: Dune…
Flynn: Gone girl, Sharp Objects, Dark Places. Great writing! She can take on subjects guys couldn’t write about without getting blasted for chauvinism.

Great choices of authors there, a very strong list. Are you reading anything from these authors at the moment?
Dark Matter by Blake Crouch.

And when you were little, what was your favourite book?
Bullwhip Griffin. The first book I read on my own.

Who is your favourite literary character?
Odd Thomas, from the Koontz series.

And, now we’re on to my favourite round, the Quick Fire Round. Kevin, have a go at answering the following questions as fast as possible.
Do you have any philosophies that you live by?
Bite down on it, drive hard every day.

Is there a book that you wish that you would have written?
I would have loved to have penned the screenplay for Alien.

What is your favourite quote?
It’s all true, except where it’s not!

Can you stand on your hands unassisted?
Sure. If not, mountaineering would have already killed me.

If you could steal one thing without consequence what would it be?
Immortality…

Can you curl your tongue?
Negative, Ghostwriter.

Which are cooler? Dinosaurs or Dragons?
Dragons.
Kevin, I’d like to thank you again for being so generous with your time and I wish you the best for your promotion of Ice, and getting to 1,000 reviews with the novel.

Want to connect with Kevin?  You can find him here: