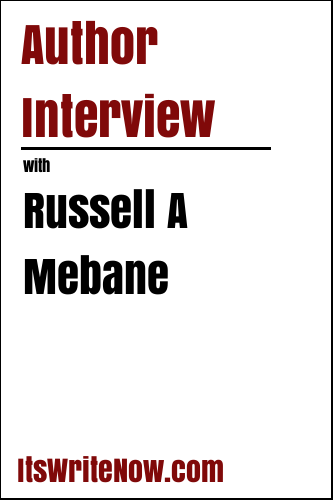 I read a great deal and I’ve read some pretty strange stuff, but I think that you might have the advantage there just with the quick digest that you’ve just provided. What was going on inside your head to fuel such bizarre and eccentric combinations?
One was inspired by anime, another was inspired by my frustration with electronics, another by Scooby Doo, another by angry athiests, one was inspired by the phrase “a god among insects”, two were inspired by my love of randomness, and then there’s one about the environment.

Are you trying to use this oddball style of writing a cognizant to get the reader to think about any underlying concepts that you want to challenge the reader to rethink?
Nope! First I think of something weird. Then I write the story. As I write it, the theme comes out organically.

So, how do you get the first stage? How do think of something sufficiently weird enough?
I’m a mood writer. I have to be in the right mood. I try to push myself sometimes, but I have to feel motivated to write.

And once you have the motivation flowing, do you incorporate research into your weirdness?
Yes, I checked to see what kind of flowers an Ethiopian would grow along with traditional swords from that area.

How about drawing in aspects of yourself or your past exploits into the mix?
Always. You can’t write anything without putting yourself in the book.

Do you find that your employment helps give you good writing fodder?
I work in healthcare, it’s my past jobs that influence my writing the most.

Has that work helped you create characters, or have you invented the characters through the madcap style? Would you ever socialise with any of them if they came to life?
They’re just shades of me. I would go out The Earth Day fairy. I liked her, plus I based her on one of my more pleasant former co-workers.

Do you make really strong connections with your characters or dream about them?
Nope. They are all slaves to my conscious mind.

Did it take you a long time to draw all of the randomness into a finished book?
A couple months here and there.

Does editing feature as a large part of making sure that you’ve keep the unconventional essence?
I go over the books about five or six times, then I have them professionally edited.

And how did you come about the book cover?
I designed it myself. The idea just came to me while I was at work: smiling dead animals! It conveyed the right amount of cute and creepy at the same time.

I have to agree that you’ve managed to hit that combination of cute and creepy. Did you find striking the balance between creepy and cute the most worthwhile aspect of writing?
No, it was the randomness. I felt like I was really doing something new and different.

Are you working on another new and different project at the moment?
Yes, another book of short stories and a sequel to my “Ruins of the Fall” series.

As you’ve successfully seen a book to market, do you have any tips for other authors wanting to stand out from the crowd?
Get your stuff professionally edited. It makes all the difference in the world.

What are you opinions on the current arena of self-publishing?
I feel the internet has made self-publishing easier and REALLY crowded the market. If I were a more avid reader, I’d be in heaven right now. For writers, however, the market is intense.

Despite not being an avid reader, you must still have some favourite authors who have sway your style.
Ralph Ellison and Frederick Douglass, I don’t think they’ve influenced my writing style. They just inspired me to do more than what other writers are doing.
Have you ever been really inspired by a line or quote from one of these authors?
It’s not the quotes. It’s the concepts that thrill me about other authors.

And now we’re onto my favourite section of each interview, the quick fire round, so get your wit, weird and randomness ready and let us know:
What is your favourite word?
No
What was your favourite book as a child?
Where the Wild Things Are
What are you currently reading?
Cracked.com
If you could breed two animals together to defy the laws of nature what new animal would you create?
Nothing. Nature tends to defy itself.
What is your zodiac sign?
Libra
Do you have any philosophies that you live by?
Ideals that aren’t worth dying for aren’t worth having.
Who is your favourite literary character?
Batman
Can you stand on your hands unassisted?
Nope!

Can you curl your tongue?
Yep.
Which are cooler? Dinosaurs or Dragons?
There’s a difference?
What’s the most unusual name you’ve ever come across?
Khalid Diqbal
And that’s it for today. Thanks for being so generous with your time Russell and I wish you the best of luck with your promotion of ‘Flowers & Kittens: Dark, Weird Stories’, and also with your progress on your current book project.

Want to connect with Russell?  You can find her here: