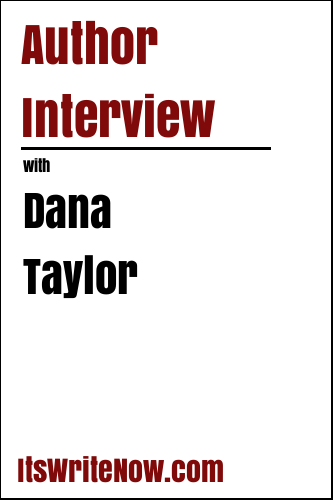 When Jaguar Jack Campbell, television’s hottest hero, meets Major Maggie Savannah, USMC, it’s dislike at first sight. But, when an American missionary is kidnapped, Jack and Maggie must join forces to secure her rescue and defeat an enemy of Biblical proportions.

Today I’m joined by Dana Taylor, the author of ‘The Adventures of Jaguar Jack’, a work of visionary fiction filled with mystery, adventure, and romance. Dana, thanks for joining me today. To kick off today’s interview can you start by letting us know what was the germinating seed for this story?
Jaguar Jack was originally inspired by the Crocodile Hunter, Steve Irwin, only a lot sexier with a dash of psychic mystery.

Interesting. It kind of sounds like you’ve mixed a bit of Bond into Steve’s personality. How does Jack deal with his psychic side, with as much gusto as you would have expected from Steve?
Jack is a very reluctant psychic, not wanting the world to think him “balmy”. I’ve certainly shared his trepidation at revealing those experiences to people who reject extrasensory perception.

How do the characters come to you?
It’s like you’ve decided to throw a party and one by one, they come knocking at the door and walk in.

And when they walked in did you have a favourite?
Jack and Maggie are certainly a powerful couple, but the missionary, Hannah, holds a special place in my heart. I have a daughter who declared at age 8 she would be a missionary. Now she is in her 30’s and has been working in missions since she was a teenager. Hannah’s spunk is inspired by my daughter.

Would that mean that if any of your characters came to life you would want to meet Hannah?
I would love to meet Jaguar Jack in the flesh.

Do you ever dream about any of your characters?
Visionary fiction implies sort of waking dreams as you work.

I’m not well versed on the intricacies of Visionary fiction. Can you give both myself and the audience a bit more clarity on what this means and the practicalities for writing in this style?
“Jaguar Jack” falls into the emerging genre of Visionary Fiction. Beyond romance and adventure, underlying themes regarding spirituality, Biblical prophesy, and multidimensional perception all swirl in the mix.

Do you have much background on these concepts to help you get the right blend? Or did you need to do research to make sure the elements were coalescing enough?
Nowadays I am a Reiki practitioner, which is multidimensional living in action. My interests in healing, metaphysics, and spirituality impact my writing more and more. The character of Hannah is kidnapped by terrorists on a tropical island. I had to stop writing at one point until the autobiography was released of a missionary who had been held captive in the jungles of the Philippines and I could read her experience.

Was the integration of all of these elements the most satisfying aspect for you while writing this book?
As a piece of Visionary Fiction, the sense of collaborating with a higher creative force was fascinating. Many elements of the book emerged and wove together that frankly surprised me. The push-pull relationship between Jack and Maggie was a lot of fun.

Do you use any unexpected techniques to attack the process of writing Visionary fiction, or are you attacking it much as you would any other form of writing
I avoid writing as much as possible until the characters are sort of screaming at me. Then I finally sit down and start trying to put into words what I’m seeing in my head. Rainy days are the most productive. Sometimes I take a pad and go to a park to write, but more often pound away at my laptop.

Is editing done in much the same fashion through prompts from your characters?
I write in spurts. Go do something else or take a trip. Think about it in the back of my mind. Come back. Read it and throw a bunch away. Repeat.

Was that a long process for you to get from the start of the writing to a completed work when you were working in spurts?
Too long. Lots of starts and stops. Three years.

That is quite a while. During this time you also had your book cover designed. How did you go about that?
DA wonderful design student in India, Jennifer Kashyap, is friends with me on Facebook. She saw me struggling with the cover design and contacted me. She made Jaguar Jack come alive.

Indeed she did. You must have been exuberant at the end of three years to see it all come together into a completed book after such a long time. Was it gratifying to receive your first review to see how readers connected with Jack?
Thrilled. It was from Book List. Typical newbie stars in my eyes.

Now that you’re no longer a newbie, do you have any top tips for other authors?
Don’t rush to publish. Let the manuscripts marinate.

Oooh, I like that idea of letting it all marinate. When you marinated your ideas did you also try and fuse in aspects from your favourite authors?
In the romance world, I’ve loved the work of Susan Elizabeth Phillips. She has great dialog with her characters. Barbara Samuels puts heart and depth into her women’s fiction.

Are you currently reading anything from these authors?
I’m reading “The Synchronicity Key” by David Wilcock is stretching my world view. For fun, I’ve got the latest Celta adventure from Robin D. Owens.

What was your favourite book as a child?
I had an illustrated version of Sleeping Beauty. I liked Maleficent and the Fairies.

Who is your favourite literary character?
Don Quixote de La Mancha. He followed that impossible dream.

I always like the characters that chase down that impossible dream.  And now we’re onto my favourite round of the interviews, the quick fire round. No hesitations allow with the next set of responses.

What is your favourite quote?
It’s better to be looked over, than over looked. ~ Mae West

If you could breed two animals together to defy the laws of nature what new animal would you create?
An elephant and a fish. Wait, I guess that’s a whale.

I think you’re right there, but that’s not a bad start. Maybe you need to add a third creature into the mix to get something a bit more exotic.  Can you stand on your hands unassisted?
You have me confused with Simone Biles.

*Laughs*. If you could steal one thing without consequence what would it be?
Donald Trump’s tax returns

Now, that would be some fascinating reading. I’m not if it would be classed as a Thriller, Mystery or Fantasy, but I’d love to read them. Can you curl your tongue?
Around a Ted Drewes ice cream cone.

Which are cooler? Dinosaurs or Dragons?
Dragons. I’m the mythical type.

What is your favourite quote from another author?
This is not a novel to be tossed aside lightly. It should be thrown with great force. Dorothy Parker

Do you have any philosophies that you live by?
The Serenity Prayer

What’s the most unusual name you’ve ever come across?
Ima Pig

That is unfortunate. What is your best tip for authors?
Don’t give up your day job.

What is your favourite word?
It used to be “ubiquitous”, but nowadays I’m leaning towards “deplorable”.

And my final question for today, what is your favourite line, quote or statement from your own book?
Some guys were just born to save the world.

What a way to end. Dana, thanks for joining me today, I appreciate the time that you have set aside for this interview and I hope that you and Jack can go forth and save that world.

Want to find out more about Dana Taylor? Connect here!