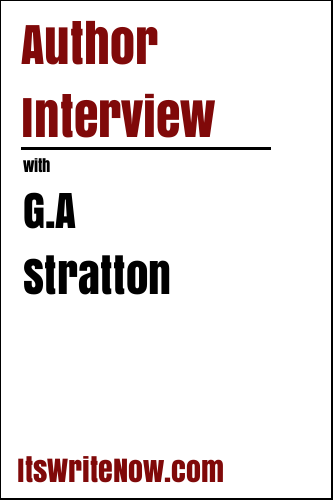 Today I’m catching up with Geni, G.A Stratton the author of ‘Shadow of Life’ one of the books that are supporting the 2016 round of the Vampire Books for Blood fundraising. Geni, thanks for setting time aside to catch up with me today. Can you please start today’s interview by giving the audience and myself a quick summary of what your novel ‘Shadow of Life’ is all about.

Shadow of Life is the first in a sweeping saga of an ancient vampire’s struggle to retain her humanity. The daughter of an Akkadian king, Nadira was betrayed by her father, resulting in her brutal transformation into a vampire. She found a mentor in Amon, and their immediate and intense connection inspired him to make her his adopted daughter . . . and the future queen of the vampires. Captured during the crusades, she fell in love with Cristo, a conquistador, but her happiness was short-lived when his murder hurled her into madness, saturating the next centuries with blood. Faced with the decision that made her run from the throne in years past, Nadira must choose power, love, or succumbing to the thirst.
Those are some difficult choices ahead of Nadira. How did Nadira’s choices and story unfold during writing?
The book started as a screenplay that I converted to a novel. The screenplay took six months then converting it to a novel another year.
And what initially drew you to writing about vampires?
We each have a vampire inside us. Controlling that beast, that dark side, is what fascinates me. The vampires in my novel face the same struggles humans do the universal themes of love, evil, acceptance, power and humanity.

Were you writing from your own experiences of controlling that dark sided beast?
Yes, the experiences each of us face in our lives: betrayal by someone we trust, the search for love, and the struggle to overcome the obstacles in our lives. The daily balancing act between right and wrong.

Did you also find that you needed to research this balancing act?
I did a great deal of historical research since Nadira’s life spans the beginning of civilization until the present.

Was following Nadira’s life through such an expansive period of time rewarding?
Actually completing a novel is rewarding in itself.
I’m glad to hear that the process of writing itself was enjoyable for you. When you were working with your characters was Nadira the first character that came to life?
Yes, I start with my protagonist and built a cast of characters around him or her.
Did you develop the strongest connection with Nadira, or did you find that you favoured another character?
Beydaan, Coatl’s paramour. She miraculously appeared in one of the early chapters, grew and developed as the book progressed. Her character begins as a cliche but by the end is multi-dimensional. She features strongly in Shadow of War.
And who would you most like to socialise with if one of your characters came to life? Anyone that you would like to take out on a date or out for a beer?
Gregor. A vampire who was willing to wait centuries for love.

I think that I’d like to meet Gregor too, it would be interesting to meet someone with that level of dedication. You mentioned earlier in the interview that ‘Shadow of Life’ is the first of a sweeping saga. Are you currently working on the next saga instalment?
Yes, Shadow of War, the sequel to Shadow of Life. And also Spector, a southern ghost romance.
Thank you for joining me today Geni. I wish you the best of luck on your current promotion of ‘Shadow of Life’ and I hope to catch up with you again in the future upon the release of ‘Shadow of War’ or ‘Spector’.

Want to connect with Geni?  You can find her here: