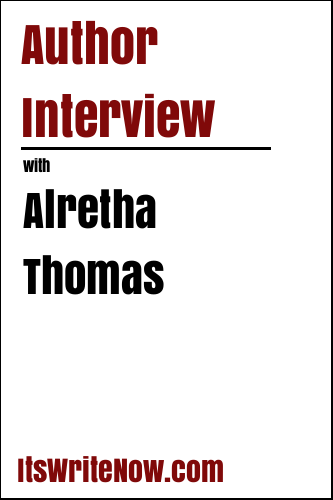 Mousey, overweight Stacey Sullivan would love to trade places with her glamorous socialite BFF, Jessica James—that’s until she discovers Jessica murdered in her own home. Whip-smart detective Rachel Storme is ready to exchange her gun and badge for a gardener’s hat and hoe. But she reluctantly puts her plans on hold when she’s asked to help solve Jessica’s murder. These two strangers from different generations — Stacey a millennial and Rachel a baby boomer — become unlikely friends in their pursuit of JUSTICE FOR JESSICA. But their friendship is put to the test when Stacey insists that her husband, Matt, is innocent in spite of evidence that speaks to the contrary. Rachel, baffled by Stacey’s blind loyalty to Matt, doggedly fights to take Matt down, but with Stacey’s help, he eludes her at every turn. Is Matt the killer or could Grant, Jessica’s husband, be the culprit? Perhaps it was her jealous sister, Georgette or the maid, Rosa? No matter who the killer is, Rachel, by any means necessary, is determined to find her man or woman.

Today I’m joined by Alretha Thomas to discuss her book ‘Justice for Jessica’. Alretha, thank you for taking some time out of your busy schedule to chat with me today. Let’s start at the beginning, what sparked the underlying ideas for Rachel’s killer quest?
The idea just came to me one day. I wanted to write a story about two best friends, one gorgeous and popular and the other homily and a loner. The later of the two wishes she could be her gorgeous friend, not realizing that things may not be what they appear and her wish to be her friend comes to an end when she discovers her murdered in her own home.

I’m hoping that you don’t have any direct experiences of discovering someone murdered in your home, but have there been other facets of your life that you have embraced in this book? Did you find that research was more important to solidify the storyline?
I tapped into my own past feelings of low self-worth when I created the character, Stacey Sullivan. I also researched police procedure.

I’m glad to hear that those feelings are in the past, but I think that most people can easily relate to the sentiments of low self-esteem, particularly in today’s social media culture where comparisons between your life and the presented lives of others are so near at hand. How have the characters other than Stacey come into being?
The characters are not based on people I know, rather than a combination of people I’ve encountered in life.

Tempting the readers with a second instalment of Rachel Storm. Nice marketing tactic there. What did you like most about writing about Rachel and her mystery?
I love writing mysteries and fooling the readers. I’m the queen of red herrings. It’s always rewarding to learn from the readers that they couldn’t figure out who the culprit is.

Yes! I love red herrings. The more the better, the more misguiding signposts the better the read. Out of curiosity’s sake, how long does it take you to craft a story to throw the readers off the culprit’s scent?
Seven months.

That’s great. Being able to dedicate yourself to the writing process must translate into a solid writing technique. How do you initially approach writing a new work?
I start out with the story idea. Then I create the characters and an outline. I write everyday and I edit as I go along so that the first draft is in good shape.

Are you one of the primary editors for your work?
Yes, I do a great deal of my own editing. I also use Beta Readers and an editing service.

Are you also involved in the cover design, or is that outsourced to a third party?
Yes, to Tyreese Burnett of Tybu Creations.

That is some solid advice. And I do have agree, promote, promote, promote! Keep pushing that snowball and more things with happen for you as an authors. Now we’re onto the final section of interview, the quick fire round. Alretha, just hold on and parry back your responses back as quickly as possible.

Is there a book that you wish that you would have written?
Gone Girl

The hallmark of a good writer is some 1 star ratings, some people will give out ratings like that even when there’s a million 5 star ratings just to be contrary. What is your zodiac sign?
Libra

What are your favourite authors, and do you believe that they have influenced your writing style?
I like Terry Mcmillian, the late Frank McCourt, the late Bebe Moore Campbell, Alice Sebold, Paula Hawkins and Gillian Flynn or just a few of my favorite authors. I do believe they have had an influence on my style.

All good strong recommendations there. Do you write longhand, type or use dictation?
I type.

Do you have any philosophies that you live by?
Do unto others as you would have them do unto you.

What are you currently reading?
When Breath Becomes Air by the late Paul Kalanithi.

I haven’t heard of that one before, but I will take it under advisement. Can you stand on your hands unassisted?
No

If you could steal one thing without consequence what would it be?
A million five star reviews for Justice for Jessica

*Laughs*. I see the promotor coming out in you again! Can you curl your tongue?
Yes

What was your favourite book as a child?
Charlotte Sometimes.

Which are cooler? Dinosaurs or Dragons?
Dinosaurs

What is your favourite word?
Love

That’s a wonderful word. Alretha, thanks you again for setting aside some time today to chat with me. I wish your the best of luck for your promotion of ‘Justice for Jessica’ and I hope that you get a bit closer to those million five star reviews.

Want to find out more about Alretha Thomas? Connect here!