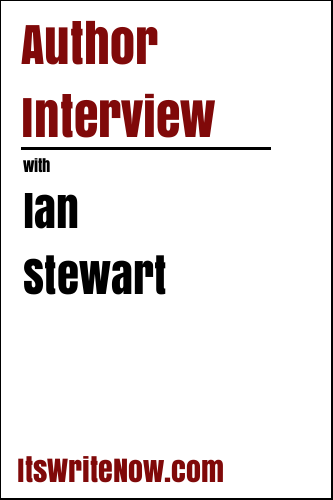 Seventeen-year-old Mei Ling is kidnapped at the behest of a lecherous Dutch official, who organizes a mutiny when the ship’s captain places her under his protection. Nanyang follows the adventures of Mei Ling and her brother, who sets out to rescue her and their descendants amid land and sea battles of warring nations, natural disasters and rampant disease.

Ian Stewart has kindly taken a few minutes out of his busy schedule to have a quick chat with me about ‘Nanyang’, an epic tale spanning two hundred years of power rivalaries between European and Asian nations as viewed and experienced by seventeen-year-old Mei Ling and her brother. Ian, as you only have a short time to share, we’ll go straight to the beginning of this book, what spawned the idea for Nanyang?
I was a foreign correspondent in Asia, including 15 years reporting for the New York Times, and have had one non-fiction book and eight fiction books published but consider Nanyang, published as an eBook and 700-page paperback, my major work. It grew out of my interest in the history of East Asia, where I have spent much of my adult life, and, in particular, the emigration of Chinese to South-East Asia, among them the ancestors of my wife. My determination to write Nanyang, Chinese for southern ocean (South-East Asia), grew with my research in the British Library and other sources of information. From an initial idea the themes of a book grow in my mind. The real-life colourful characters spurred me to include them in a book with imagined protagonists.

How much research did you do in the British Library and otherwise?
An enormous amount of research over ten years not only in SE Asia but also England and Holland plus the information gathered as a foreign correspondent. This included family stories I was told by people in countries of East Asia.

Wow, I’m impressed with just the sheer volume of information you would have no doubt amassed over this period. It must be massive. Did you have first hand experiences of places you write about in this novel to make sure that story being told felt true from each of these locations?
Yes, I visited places where historical events took place and imagined how they were at the time. For example I went to the beach at Scheveningen, near The Hague, in Holland, where people gathered to watch a major sea battle close to shore between Dutch and English ships and imagined the scene that day.

Physically putting yourself in the locations of your characters is a great idea to aid the writing process. Now, you mentioned earlier that the real-life characters you research essentially pushed you to include them in the books. How did the fictional characters come to be?
The imagined characters took on life as the story developed over time.

Was the journey following a character from youth to old age the most rewarding aspect of writing this book for you? Or were you impressed by something else?
The enjoyment of writing it and then having readers say it gave them some hours of reading pleasure.

Positive feedback is always rewarding. As you have a history of writing books, I’m sure you’ve already started working on your next project. Can you tell us a little bit about it?
I have just published a murder mystery, The Cut-Throat Razor Murders set, in a small town in New Zealand – quite different in setting and genre from my earlier novels – and am contemplating another crime book in the same community.

I love the wonderful little towns in New Zealand, but I can’t say that I’ve ever pictured a murder mystery taking place in one of time. I will have to check it out. Ian, thanks again for sparing a few of your minutes today to chat with me, I appreciate it and I wish you the best of luck with the your promotion of ‘Nanyang’.

Want to find out more about Ian Stewart? Connect here!