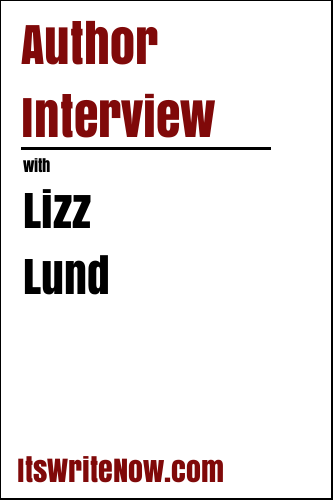 Spring is here — finally — and things are looking up! Our intrepid hero, Mina Kitchen, has a new car. Well — it’s new to her. And she even has a boyfriend or two lined up. But that’s because her BFF, Trixie, signed her up on Cupidsbow.com behind her back. Some prospective dates appear a bit odd — but never mind; it’s good to make new friends, right? But all hope of smooth sailing vanishes when Mina hits another bump in the road: she loses her part-time job at Chi-Chi’s cosmetic counter. And Chef Jack hasn’t been scheduling her at Squirrel Run Acres lately, and her catering for James’ massage gigs are replaced by a new, full-time (and gorgeous) assistant. WTH? To make matters worse, her financial calamities become outnumbered by the steady stream of corpses floating her way. Never mind the dead bodies pouring forth from her aunt’s church, St. Bart’s Episcopal — they’re experiencing a new take on mass exodus. Congregation members are trading up at the Pearly Gates quicker than a greased geezer through a glass casket — that is to say, they’re dropping like flies. The grim mortgage reaper looms, when suddenly Mina’s solvency is rescued as she stumbles upon a full-time job. A rather peculiar job, with some definitely peculiar co-workers. Who try to kill her — and Chef Jack. Can Mina finally climb out of her proverbial — and literal — holes? Or will she wind up getting backhoed alongside a maniacal murderer? And where the heck’s a Lavender Cosmo when you really need one? Vinnie, her mini mountain lion-sized cat insists everything will turn out fine — but his idea of fine usually revolves around cans of Finicky Fare, and not much else. If you’re looking for funny novels, chatty animals (in the guise of pets) — and recipes — read this book. Perfectly Pickled packs sit-com humor with stand-up dialogue, a murder mystery and suspense. You’ll cheer for Mina; hiss at the bad guys and sip your very own Lavender Cosmo along the way, courtesy of the author — the recipe’s in the back of the book, along with others, all vetted by Lund’s real-life favorite caterer, her husband, Chef Andrew.

Today the ever-amusing Lizz Lund has joined me today for the third time (hopefully with Lavender Cosmo in hand) to chat about ‘Perfectly Pickled’ another foray into the world of Mina Kitchen. Lizz, thanks for coming back! It’s always great fun to check in with both yourself and the recent adventures of Mina. In the past we’ve talked about ‘Juicy Jersey’, but today we’re discussing Mina’s adventures in ‘Perfectly Pickled’. What were the original ideas that sparked the challenges that Mina has to unravel in this book?

Dealing with unemployment; looking for a new job/gig/whatever… what would happen if I wound up working at a funeral parlor?

I’m expecting that you didn’t actually know too much about funeral parlors before you started this book, how did you go about getting the information you needed?

Cold-calling and virtually meeting Dee, the office manager for the DeBord Snyder Funeral Home & Crematory. She was gracious enough to coordinate my Interviewing Mark C. DeBord, former Supervisor, to learn about the nuts-and-bolts of the funeral biz.

Aside from meeting with the Supervisor and staff at the funeral home, I was fortunate to discover Brano Boskovic, a wonderful photographer who captured a gorgeous panoramic view of Chickies Rock–this kept me tapping away toward Mina’s happy ending. Mr. Boskovic is otherwise known online as Foto MoStar, and has lots of photos posted under this moniker.

I can see how the view of Chickies Rock would have keep you motivated, that’s quite a view. Was there anything in this book that was inspired by personal events in your life?

I was never trapped inside a zoo. However, my father and sister were accidentally locked up inside the Tower of London. Luckily, a window was open and the staff shutting down heard them hollering from above.

*Laughs* How do you get accidentally locked up in the Tower of London? Have the new characters encountered in Mina’s world in this book been inspired from actual people like before?

Yes, bits and pieces of friends, strangers and family rolled together… be careful how oddly you behave on the grocery line if you’re in front of me. Most are named after actual family members.

And who were you favorite personalities in this volume?

I have a lot of fun with Vito. And his girlfriend, Miriam. And, Trixie. Okay I have fun with all of them. I like them all the same, and all differently.

Is Mina back in the kitchen yet, or will we have to wait a little bit longer for her to return?

I’ve just completed the first 2 books in a new young adults series, “The Chronicles of Thaddeus McPhee.” Once the dust has settled on these, and the first is released (Star Surfer) I’ll start tapping away on the 6th Mina Kitchen novel, “Diabolical DC.” I’m hoping to release that the end of this year/beginning of 2017.

I noticed that you’ve still got Vinnie the cat featured on the cover of this novel. Are you still enjoying the cover design process and do you think Vinne will continue to feature?

Yes, I design all the covers myself. At some point I will probably want to rebrand and would love to have someone else’s input; but at this point it’s me and the Siamese.

Have you continue to be a full time writer with the help of Vinnie?

Yes, my full time job has been a writer for the last 2 years. Healthcare forces me to work a part time job, which is inside sales/marketing. Prior to this I’ve worked as an office manager, project manager, executive secretary and have helped prep patients in a hospital setting. Lot of different hats. I think it’s helped me “dive into character” without hesitation. That, and a degree in theatre from Syracuse University help my dialogue a lot–I loved acting. And I love writing dialogue; I have a lot of fun with my “mini plays” in my head.

How do you approach the process of essentially documenting these mini plays?

For first draft; depends on what’s going on… if I’m stuck, I let it be for a bit. Sitting at a screen sweating blood sucks the fun out of it. I always work on an outline first, and make sure I really like that. Then, it’s a matter of butt in chair and typing. Basically, in my mind, writing to me is like reading backward: I’m spitting images/dialogue out rather than consuming them.

Reading backward is quite the skill :). With another book comes more experience. Is there any self-publishing or author wisdom that you feel you can impart?

Just do it. And keep doing it. If you’re serious and you just have 1 book out there — be patient. You probably won’t see any momentum until you get your third or fourth book out there.

That’s really good advice. I think that sometimes the traction needed to get the ball rolling isn’t stated explicitly. It kind of comes back to the idea of an overnight sensation or success. And now because I love keeping you on your toes let’s go to the random quick fire round. Some of the questions are new, some are old, but I want to see if there’s a new angle that you can give from the last time.  What are you currently reading?

Several smaller books re: the Laws of Positive Attraction.

Do you write longhand, type or use dictation?

Longhand? Would I still had that team of hieroglyphic experts at the ready to translate what I’d scrawled the night before. Sadly, after they quit and left weeping in frustration, ashamed at being unable to decipher my grocery list, I was forced to resort to typing.

*Laughs* That poor hieroglyphic team! Who is your favorite literary character?

Who are you favorite authors and what draws you to their work?

Janet Evanovich was a huge door opener for me. I liked that her main gal, Stephanie Plum, is just a working gal trying to carry on like a normal person against all improbable odds. Marian Keyes is also a favorite–love her characters internal dialogue.

*Laughs* It’s got to be time for Lavender Cosmos somewhere! Is there a book that you wish that you had written?

That would be nice. What is your zodiac sign?

Last time I asked this question we ended up with creation of a porcu-sponge. If you could breed two animals together to defy the laws of nature what new animal would you create?

Not as functional as the porcu-sponge, but nethertheless, I’d like to see that animal in action! If you could steal one thing without consequence what would it be?

Perhaps a star or two…

Good, they will match your moon from last time ;). What’s the most unusual name you’ve ever come across?

Last Sunday at a baptism service: Schuler, as a first name–for a little girl. My.

I’ve actually heard of that one before for a girl, I thought it might be more of a family name. I can’t really say that it would be my pick for a girl.  Lizz, thanks for the wonderful catch up today. I hope that new readers are enticed into the world of Mina Kitchen and I will be awaiting the 6th installment of her adventures :).

Love Lizz’s twist on the world of cozy mystery?  See our two earlier interviews with Lizz about her novel Juicy Jersey here, and here, and also see her follow-up comments on Perfectly Pickled here.

Want to find out more about Lizz? Connect here!