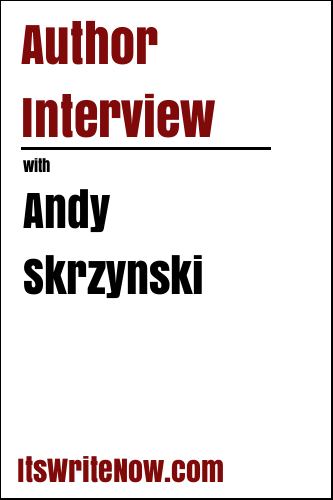 In 2075, following the World Annihilation Period and Earth’s 50-year transformation, the detested Skalag clan periodically pillages Ukkiville to murder and enslave its inhabitants. Dangers intensify as vicious, mutant beasts lurk in the shadows, preying on villagers. At the heart of this evil, the twisted scientist, Zolokt, creates killer combinations of animals, plants, and insects to inflict his acts of revenge. Infuriated by the savage attacks, a young leader, Thoruk, and his two lifelong friends pledge their lives to protect Ukkiville. The determined ruler aims to forever put an end to Zolokt and his followers, for only then will true freedom reign in The New World.

A quirky fictional character I invented to liven up the dry, technical material typical of a book about investing. The fictional character invaded my brain and dominated my dreams. I decided to go with the flow and I retired the financial book and wrote the exciting tale of Thoruk in “The New World: A Step Backward”.

I’m a big reader of financial books so I think having the idea of a quirky fictional character in there would really work. But with the success of ‘The New World’ books I think you made the right choice. Were all of your characters borne from your dreams or just Thoruk?

Mostly concocted through my dreams. They were pretty much always on my mind.

As they didn’t leave you alone much, did you find you developed strong relationships with any particular characters?

I really enjoyed writing the banter between the younger Thoruk and the elderly Intellulka. I also loved sharing the contrast of the muscular, mountain of a man, Protuk, and his tender interactions with the little ones.

If any of your characters could come to life, who would you like to interact with?

Mercivil, of course! She was beautiful but strong, tender but forceful, and always remained ready to defend her friends to the end!

Were any of the elements of the story or character personalities, like Mercivil’s devotion to her friends deliberate choices for you?

Most of the content for my first book was definitely “subconscious.” I would wake up most morning from dreams that filled my head with oodles of new material for my book. As soon as I awoke, I’d turn on the coffee maker, sit down, and begin writing. Often, I’d write two to four chapters from each waking episode of the great adventure.

None needed! Most everything came from dreams and expanding on those creations.

That is the best way of writing I book I think that I’ve ever heard. Did any of your past experiences pop up in your dreams?

Absolutely! One intriguing character, Intellulka, who was the only villager of Ukkiville to experience life in the Old World before the World Annihilation Period, graduated from Michigan State University with a bachelor’s degree in Electrical Engineering, just like me. Also, lots of the goofing off and pranks throughout the story, reflected my personal “stay young and never grow up” attitude.

As there’s lots of pranks and goofing off in the story it must be fun to write. How does the writing process unfold?

I write most days for anywhere from 6 to 12 hours when in the depth of the heavy writing. My most productive time is when I awaken and have a myriad of new material from my dreams that must be transformed from thoughts to magical words on the screen. I let my fingers waltz across my keyboard for much of the day. Occasionally, I glance out the window to rest my eyes, until another compelling thought charges my fingers again.

That is a considerable number of hours a day. With a schedule like that I think I’m safe to say that you’re not also maintaining a job alongside your writing career?

I’m retired and writing, publishing, and marketing my books is the main focus outside of an occasional break for some other hobbies like fishing, hunting, or photography.

Are your hobbies a way for you to tackle writer’s block?

If you get writer’s block, go back and read some of your most exciting chapters. It works for me every time!

I will have to give it a go. Once you’ve gotten all of your ideas down and coherent, are you the main editor or do you give your work to an editor so that you can spend time on your other hobbies?

I think most authors are involved in a lot of editing, one way or the other, but a great amount of the editing came from comments, recommendations, and mark-ups from many of the 64 beta readers with a lion’s share coming from three with strong editing skills.

Wow, that’s a lot of beta readers. With that much feedback did it take you long to get this book completed?

That’s not a bad timeline. Last time we caught up we discussed the book covers as I really felt like they were well done and really matched your prose. Did you use the same designer for both books in the ‘New World’ series?

Fiona of Fiona Jayde Media out of California designed an amazing cover for both of my books. The characters, brilliant colors, and the intriguing scary eyes of the muclone created an attention grabbing wrap! She’s great!

Have you garnered any top tips for self-publishing from your efforts publishing either of the ‘New World’ books that you think others might be able to benefit from?

Absolutely! Believe in yourself. Never give up even when the toughest challenges present themselves. Bring your characters to life and live with them and if you enjoy the experience it will show through in your writing. Be prepared to be wowed by your fans when they love your book and don’t let go of that feeling. It’s amazing how the power of the motivation of a reader’s words can overwhelm you.

What kinds of words have you received from your readers?

A wonderful fan at one of my book signings introduced herself, shook me by the shoulders, and demanded, “when are you going to get that sequel written.” After recovering from the initial shock, I laughed and assured her that I was already working hard on extending the adventure and that she’d be happy with the extension of the challenging life in The New World.

*Laughs* That’s awesome. It is just fantastic that an author connected so strongly with your work.

There’s nothing like reviews that show how involved the readers become with your characters and storyline. There are fleeting moments during your writing, when you wonder, “will others like this as well as I do?” Then you get that affirmation from a stranger you’ve never met and you see “it” in their eyes — the absolute love of your characters and the need to read more of the adventure. There’s nothing like it!

I’m not going to be as demanding as your fan, but I would like to know more about your planned sequels.

I published the sequel, “The New World: Blue Moon Generation,” on October 1st, 2016. Now I’m developing the outline for Book 3 of the series.

Good luck with your progress on that third book, I’m sure that your fans are eagerly awaiting the next installment! Before I let you go today I would like to go to the very important round of the quick fire questions where obviously all of the questions that I am going to ask have been screened and approved by the Mensa as highly challenging and stimulating questions. We’ll start with what is your zodiac sign?

What is your favorite word?

I have to go with two words. I’d chuckle every time my dear, deceased friend would exclaim, “crap sandwich!” when something really pissed her off! I miss not hearing those words.

Sometimes it’s not the words themselves, but the person behind them :). If you could breed two animals together to defy the laws of nature what new animal would you create?

Only when I wear my helium boots!

I’d like a pair of those too; they could be very handy getting off of shelves… If you could steal one thing without consequence what would it be?

Awwwwww. I like that one :). Can you curl your tongue?

Are you out of your mind?

*Laughs* That’s debatable, and entirely off-point :)! On that note, which are cooler? Dinosaurs or Dragons?

A DNA cocktail of both would certainly be on Zolokt’s agenda! He’s a mastermind at creating beasts no man has set eyes on before!

Live life to its greatest — it’s getting shorter every day.

Thanks for sharing a little bit of your greatest with us today Andy, and I hope that you can find more enthusiastic readers for both the existing and new volumes in the New World series.