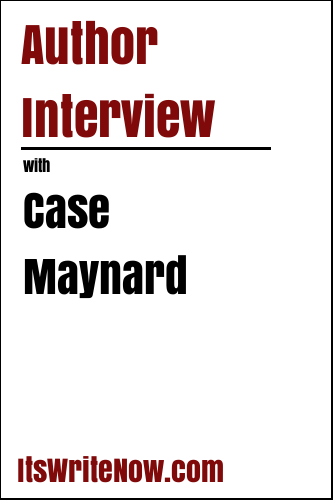 After a financial collapse devastates the United States, the new government imposes a tax on the nation’s most valuable resource—the children. Surrendered at age ten—after her parents could no longer afford her exorbitant fees—Vee Delancourt has spent six hard years at the Mills, alongside her twin, Oliver. With just a year to freedom, they do what they can to stay off the Master’s radar. But when Vee discovers unspeakable things happening to the younger girls in service, she has no choice but to take a stand—a decision that lands her on the run and outside the fence for the first time since the System robbed her of her liberty. Vee knows the Master will stop at nothing to prove he holds ultimate authority over the Surrendered. But when he makes a threat that goes beyond what even she considered possible, she accepts the aid of an unlikely group of allies. Problem is, with opposing factions gunning for the one thing that might save them all, Vee must find a way to turn oppression and desperation into hope and determination—or risk failing all the children and the brother she left behind.

Self proclaimed dreamer and writer Case Maynard has joined me today to engage in a little writing gossip with me today about her world or writing and imagination. Case, let’s start off today by getting a bit more into the nitty gritty about your imagination. How were the ideas underlying this world of devastation created?

I came up with the idea to write The Surrendered from a dream. I know it sounds very cliché, but it’s true!

Not, at all! You should be happy you are a writer who can work in their sleep! I love that efficiency! So, what did you dream?

I dreamed I was in a huge civic center type auditorium, and I was there to “turn my children in” because I couldn’t afford to pay the fees that had been demanded for them. As I stood in line with thousands of other families who were surrendering their children, my mind swirled with ways that I could come up with the money to pay the fees for them. Just as I decided we would just have to live in the streets and scavenge food for ourselves, I turned to leave and encountered a small child, no older than three or four, who had been abandoned there. She was dirty, and crying, and I knew in that moment that I would never be able to leave her. And there was no way I could pay for another child. We would have no choice but to run and hide from the law. It was very stressful!

I’m not sure I’d be doing much sleeping either after a dream like that. Were these dreams triggered from any of your personal life experiences?

The Surrendered is a realistic look into a future America that has been devastated by financial collapse. It is based on all the things we see happening in the world today, and begs the question…what will happen if we don’t change?

That is a fantastic question that I feel that many people are asking on a daily basis. And I really like that you’ve tried to at least find your own possible ending. Was there much research involved trying to work through this possible future?

All I can say is I hope that the government is not tracking my Google searches.

If they are, I have likely been flagged as a suspected extremist. While researching The Surrendered, I Googled lots of information on topics like killing someone with herbs, ways that the government might fail under pressure, how to break someone’s neck, and how to live only off of the land. I need a special tag for my searches that let’s others know I’m a writer and not a terrorist!

Apart from letting others know that you’re a writer and aren’t a threat to others, what else did you want to say from this story?

There are many messages in The Surrendered, most importantly, to stand up for what you believe is right.

A lot of times my characters come from people who I actually know. For example, I have a great Aunt Vera, who is also known to my family as Aunt Vee. Although her name came from this great aunt, the character Vee is without a doubt a written version of my middle daughter, Olivia. Their personalities are identical! Another example would be Oliver’s character, who is loosely based on my son, Riley. When Riley was born, I wanted to name him Oliver, but my husband fought it. So I went with Oliver as his name this time around (and didn’t ask my husband’s opinion either)! *Laughs*

*Laughs* I think you should get some leeway from your husband when naming fictional characters. How about the other names?

Cason is actually the name that I chose for my daughter had she been a boy. It was a play on my own name, Case. John William, another character in The Surrendered, was based on my father, also named John William.

As you’ve based your characters on real life people, can you see these characters as real people?

Yes, I love to do Pinterest boards that depict actors and models for my characters. Some of the ones I have chosen for characters can be found at my personal Pinterest here: https://www.pinterest.com/casemaynard/the-surrendered/.

Keeping a Pinterest board is a neat idea to keeping a visual inspiration of what is going with your characters and locations. Does the Pinterest board keep you on track, and do you use it to find the ending for your stories? Or do the endings develop as you write?

When I write, I generally just sit down and see where the words take me. I do normally have a broad idea of where I am going but don’t hold myself to any overall plot. I’m a fly-by-the-seat-of-my- pants type of writer! On top of that, I’m the world’s biggest procrastinator, so I often wait until the last minute to get started. Sometimes those two things are not the best combination of writing traits to have, but luckily, I work best under pressure!

And is the pressure on at the moment? Can you tell use more about your next project?

I have just completed the second book in this series, tentatively titled The Underground. If all goes according to plan, it will be published later this year.

Good luck getting that work published. What pushes you to get your writing and story ideas written down and published?

I basically came out of the womb with a fanatical love for reading. I cut my teeth on Judy Blume and Beverly Cleary. I devoured every word of every instalment in the Sweet Valley High series by Francine Pascal. I pilfered my mother’s Harlequin and Silhouette romance novels, drinking them in by the hundreds while she wasn’t looking. I perused yard sales and book nooks to garner every Stephen King paperback available. I slept with Dean Koontz’ latest work of art tucked beneath my arm and took long drives with Clive Barker. I made weekly trips to the local library and signed up for every direct-mail book club offer that was ever deposited into my mailbox just so I could read more. Oftentimes, with the last page of each book, I would find myself wishing desperately that there was more to the story. I hated for them to end and would sometimes imagine my own continuations, introducing new characters and settings, and constructing new themes and plots. And then one day, it dawned on me. I was creating my own stories! And it was then that I knew. I am a writer!

And such a well-written journey that is. A true writer’s tale :). You mentioned a bit earlier that you are a contender for the world’s greatest procrastinator. How do you get yourself through in and out of writers block while battling the tendency to procrastinate?

When I experience writer’s block, the best thing I can do for myself is to take a break from whatever it is that I am writing. I might take several day or even longer, binge watch some Netflix, or read one of my favorite books. Sometimes, you can be too close to a work, and you just need to take a step back and return later to re-evaluate.

And when you step back and think about the writing and publishing processes, from your evaluation, what do you feel is the best tip that other authors can take on board?

If at first you don’t succeed, try try again :)

We’ve now succeeded through the bulk of the heavy duty interview questions now, and I’d just like to take a minute or so to pose some slightly sillier questions to see if we can see a little more of your writers’ brain through your answers to the Quick Fire Round. Let’s start with: what is your zodiac sign?

Atlantic. Nothing prettier than the Emerald Coast.

Are you introvert or extrovert?

No. But I have danced in the snow. And it was pretty awesome.

I’m not sure, but I think that could be better than dancing in the rain! Are you left or right handed?

That’s not a bad life :). What is your favourite quote?

Passion, only passion, can elevate the soul to greatness—Thomas Diderot.

Finally, what is your favourite line, quote or statement from your book that could whet the appetite of our readers?

For some, surrender is not an option.

Surrender is not an option. Case don’t surrender your writing talent and continue working on promoting The Surrendered and your future works. As you are a writer :).

Want to find out more about Case Maynard? Connect here!