Author interview with Brian Cox of ‘The Chinese Woman: The Barbados Conspiracy’ 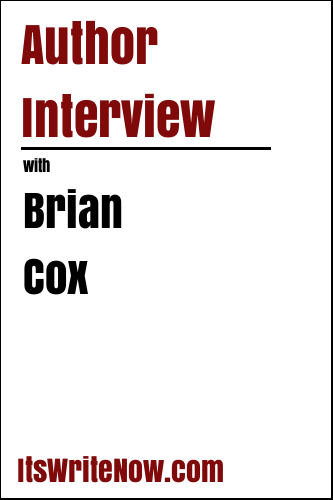 Li Mei, a Chinese intelligence officer is sent to Seattle to abduct a Triad killer and return him to China for trial. Before accomplishing this mission, she is reassigned to the island of Barbados where an America general has arrived using a phony passport. She teams up with FBI agent Sean McNamara and they discover a conspiracy that could bring the world to the brink of war. Assassins arrive on the island to ensure their discovery is never revealed and the conspirators’ plan is launched.

Brian Cox has set aside a little time to unpack the complexities of the journey that Li Mei and Sean McNamara embark upon in ‘The Chinese Woman: The Barbados Conspiracy’. Brian, thanks for joining me today. Let’s straight down to business, where did the ideas for Li Mei, Sean and their adventures originate?

I was a federal criminal investigator and intelligence officer in the Royal Canadian Mounted Police and I also lived in China for seven years. I write about things I know.

So most of the inspiration for the events in this book has come from what you’ve seen and experienced in your own life?

Yes. Not only was I a criminal investigator and an organized crime intelligence officer, but I have worked with members of the FBI, CIA and the Chinese police and security officials.

With that work experience, it is obvious that you have a strong background in criminal investigations. How do your experiences with the Chinese culture fit into your personal story?

After a career in the Royal Canadian Mounted Police, I became a security consultant and eventually finished off as Managing Director of a law enforcement academy. In 2001 I was a widower and went to China to study police training. I met a woman there and eventually remarried. While in China I studied the Mandarin language, Chinese culture and trained in martial arts. I am retired now and I now consider myself a traveler and writer.

As you now consider yourself as primarily a writer/ traveler, what was the main idea that you wanted the readers to take away from ‘The Chinese Woman’?

I wanted to present a mystery-thriller (or action-adventure) that was realistic. The characters are real and the story could happen.

Were your personal experiences enough to give your novel those realistic notes, or did you find it necessary to dive into a little bit of research?

I actually wrote a book with the sub-title “Understanding Cops and Spies”. Most books I read about police and spies are totally unrealistic. Often the writing is excellent and the stories are very interesting, but they fall apart because the authors don’t understand how police/spies think, how they react, and what they actually do.

As you have detailed knowledge about how people really react in these situations your characters have great gravitas. Did you base the characters on real people?

The Chinese Woman (Li Mei) is actually a composite of four Chinese people…two male police officers…one who lost is life protecting others, and two remarkable women, one of whom appears as the Chinese Woman on the book cover. FBI agent McNamara is a bit of myself and other law enforcement officers I have worked with.

It really feels like you have developed strong characters. If they made a movie from your book who would you choose to play the main characters?

I think I would leave that to professionals who have the expertise to select actors, but I think Lucy Liu and Zhang Ziyi would both be excellent as Li Mei.

Do you think it would be a fun cast party?

I don’t know about a cast party but I would be honored to associate with them.

When you finished writing, what was the strongest aspects or emotion that you felt once you had reached the end of the journey in this book?

Upon completion, I was satisfied and thought I had done a good job; but this counts for nothing as all authors probably feel that way. The satisfaction was on seeing the good reviews and getting feedback from friends who wouldn’t spare my feelings…if they thought the book was lousy, they would say so.

I have two projects on the go. I am writing the 5th novel in The Chinese Woman series, called “Operation Black Cobra”. I am also trying to market a series of three non-fiction books in the “Deadly Attack Survival” (DAS) series. The first one is “Self Defense: The Secret Chinese Strategy of Personal Power” which is applicable for both men and women but I wrote it mostly with women in mind. The second is “Self Defense on the Street” and the third is “Rape Proof”.

What keeps you motivated you to return to new writing projects in both the fictional and non fiction arenas?

When I was a Mountie, I had many people tell me I should write a book about my experiences. I didn’t quite do that, but I thought incorporating police and intelligence work with my knowledge of China would be more interesting. Like most non-fiction writers I want to help people. For example the UN reports that about 3 million women are murdered annually and many more raped. These numbers could be reduced by 80% at least if women knew what they could do to prevent this.

When you have a new idea of how you can help, or a new story idea can you already envision the end before start writing? Or is it more likely to unfold as start working through the book in more detail?

Both. I plan the story in advance, but sometimes better ideas come to me as the story unfolds.

How does writing unfold for you? Do you use any techniques or schedules to get you ready and raring to go?

I have no techniques or schedule. I have no trouble with writers block…I just keep going until I am too tired or have other commitments to attend to.

So no motivating music is played to help you along?

I don’t like noise of any kind while I am working, however, before going to bed every night, I play downloaded music by a Chinese instrumental group called “The Twelve Girls Band”. Once my friends hear this group of beautiful young ladies who play traditional Chinese instruments, they become their favorite performers.

I haven’t heard about them before, but I will take the recommendation and look them up. So once you have your swam of ideas down on paper how do you go about refining and editing? Is editing primarily handled by you, or do you have third parties assist?

I started off with having friends with an aptitude for editing do it for me, but later I just started doing it myself. It seems to have worked out OK.

You’ve made it through the self-publishing process so I agree that it’s worked out for you. Now that you can look back upon your journey in self-publishing do you have any tips to impart to other authors?

I know so many people who want to write a book and think they are capable but their minds are still back in the days of literary agents, publishers, promotions, etc. I try to tell them how easy it is on KDP and you can get an excellent book cover made online by Fiverr and a few other sources.

The ease of publishing today is such a change from the past, one that I’m sure that many people outside of the publishing industry are yet to comprehend, but I’m sure they will in time. Speaking of other sources, I have another set of source questions here today that I’d like to pose to you. These ones are from the random quick fire series which are designed to get a little insight into your personality in a fun manner. So if you’re ready let’s start with: Are you a valuable asset on a quiz team?

I like all oceans, but the south Pacific holds an appeal (sailing was my hobby)

I haven’t got a fantasy bone in my body.

That’s a shame because I still feel that there’s an undersupply of fantasy creatures in the world. Are you introvert or extrovert?

Me too, I can’t understand why some people don’t revel in it. What is your best tip for authors?

Spend some quiet time thinking. Our world is full of distracting noise…remove yourself from that

Quiet time is never recommended enough in my opinion, and I’m glad to see that you’ve mentioned it here today. What’s the most unusual name you’ve ever come across?

I guess to me, a native English speaker, many names from foreign countries are “unusual” but I could spell them nor pronounce them.

Fair enough. What is your favourite quote?

“Think what you want of me. They are your thoughts and you must live with them.” Interestingly, the quote comes from the Apache Indians.

That would have been about the last people I would have credited with that quote. If you ruled your own country, who would you get to write the national anthem?

I like wolves and tigers, but breeding them together would be creepy.

A tiger/ wolf combination does feel a little unsettling. What color socks are you wearing?

“Putonghua”…it is the name of national dialect of Mandarin. It is beautiful to listen to when pronounced correctly

I agree that correct truncation does help with the beauty of languages. Do you have any philosophies that you live by?

Don’t worry…it will destroy your health. You can’t change the past nor foresee the future, so just live for today.

And with that advice I hope that you live a wonderful day today. Brian, thanks for joining me today and I hope your future will see many new readers pick up a digital copy of ‘The Chinese Woman’.

Want to find out more about Brian Cox? Connect here!