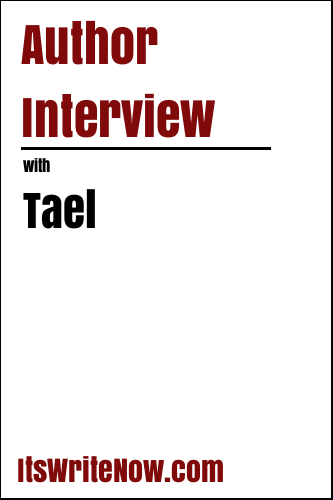 Self-contained Rixa Storms can’t wait to escape from beneath the pressure of her mother’s religious, controlling thumb. With college in her sights on the horizon, freedom seems to arrive early with a special opportunity to learn a unique power in a world called University Heights. She is assigned two Guides to aid her studies in Elemental mastery: Azurre, responsible, by-the-book, and always concerned with impression, and Charon, abrasive, aloof and considered the Black Sheep by the rest of University Heights. Rixa soon discovers cracks in the portrait of ‘freedom’ this world represents when she uncovers the oppressive skeletons the school works hard to keep buried. Her real and surreal worlds begin to collide and the pressure of dealing with the emotional clamp from her upbringing funnels out in unexpected ways, unraveling her. In order to successfully bring control to the chaotic spiral, she’ll need to reassess what is truly shackling her, or risk being consumed by her newly awakened abilities.

Today Tael has set aside some time to chat about the tempest that brews in her novel ‘Chaos (un)Controlled’. Tael, thanks for sitting down with me. Let’s get straight down to business with exploring how your novel of chaos began.

I actually built the story off of two dreams I had waaayyy back when (I always remember my most poignant dreams and even try to keep a dream library because they can be very cinematic. In one, I visited a library world in the sky and loved every minute of it, although I can’t remember exactly what happened there. In the other, I woke up to find a mysterious figure sleeping next to me, who lifted its head and waved. It felt ridiculously realistic, so much so that I woke up the next morning and asked my aunt if she had climbed into bed with me (I was at her house).

*Laughs* That is very vivid. With dreams that strong I’m not sure if you felt you needed to include other aspects of your life, but did you pepper other life experiences into the tale?

Absolutely! Besides the 2 dreams, I worked as a Page at the New York Public Library when I was younger and still consider it the best job ever. I drew from my various church experiences within the black community. Stacia is a representation of a mix of girls I’ve encountered in life. Summoner is my ode to the 90s Internet days when I lived in chat rooms, frequently visited my bookmarked anime character fan pages and Zelda dedications, and poured all my extra time into raising my Neopets.

I remember the days of feeding the Neopet creations. It takes me back :). How did your characters form from the amalgamation of your dreams and memories from the earlier Internet days?

Rixa’s was easiest. She comes from my angsty teenage years. Azurre’s is another personality stage I went through, concerned with others’ opinions but a stickler for over-achievement. Marley’s is what I would have wanted in high school. My love for Japanese pop culture and such began in middle school. At one point I self-taught myself the Hiragana alphabet. I would have loved a Japanese friend to teach me the culture from a down-to-earth, personal perspective. Charon’s is one I knew I wanted to explore. I wanted him to be purposefully abrasive and misunderstood, but steadfast in his actions, unfazed by anyone’s opinion of him. I have encountered many personalities like this in real life, who were actually quite popular and well-liked. I wanted to explore that.

I can see the attraction of wanting to explore those types of personalities too. Could you see these characters be explored by any particular actors if your story was to make it to the screen?

No clue! I’m horrible at celebrities, but I can say this. If I was at a casting and saw the right person, they would glow like they’d just come out of a mid-sized treasure chest in Zelda.

It does help when the right person glows. But I imagine that might make selecting your wardrobe difficult if you had that kind of sheen everyday. If you can’t imagine your characters being portrayed by others, can you see them coming together for their own cast party if they could come to life? And would you like to go to it?

Most likely, I’d be a super-creepy and watch the party from a mysterious location without actually participating in it. :)

*Laughs* By mysteriously watching the party from the wings sounds exactly like the dynamic of being an author so I can see why you’d be happy to hold out there. As we’ve got you lined up in the author role, can you let us in on what was the most important thing that you wanted tell the readers in this story?

I wanted to highlight the fact that there’s a gray area in the center of all sides to a story. Charon’s character is the epitome of “gray.” There is no good and evil in this book, simply different views and different driving motivations. Everyone should find a comfortable satisfaction with their way of being. This is a huge goal Rixa is striving for the entire time.

I’m sure that many people would relate to Rixa’s struggles for satisfaction of self and that journey is one that many strive for themselves. Did you find following Rixa’s efforts towards reaching her goal the most rewarding aspect of this novel, or were you struck by something else?

It’s how it evolved. Once I created the shells, the story almost wrote itself. I had no idea had the characters would turn out, how it would end, or what my goal was. I just let my creativity run amok at first, then slowly refined it to form art in story-mode. I grew so attached to what it became. After who knows how many read-throughs I’ve done at this point, I never get bored and it never gets old.

Now if the writer isn’t getting bored I feel that’s a sign of a good book. Have you thought about following Chaos (un)Controlled up with a sequel?

I have an unfinished manuscript I completed before Chaos (un)Controlled that I put to the backburner. It was originally meant to be a college memoir (I write truth the best) but after Chaos (un)Controlled I wondered if I could revamp it to be a prequel about Azurre. Currently, it’s called Brick Walls.

Good luck with your progress on Brick Walls, and I hope that you don’t run into many brick walls while writing! What keeps you coming back to writing?

Because I love it when the mood strikes. It’s the reason I learned years back that I shouldn’t do it as a job to make a living. If I’m forced to, then the passion is lost and it becomes more of a chore. I always want to keep it a hobby so that passion never dies.

How do you keep yourself on track while keeping that passion alight?

If I don’t keep myself on a consistent schedule, I do get distracted by my other hobbies. Chaos (un)Controlled took me about 5-7 years to complete. The bulk of it was done in 3, but then the rest of the time consisted of revisions, forgetting about it for months, returning to it and having to re-read it over to remember all the key points and what shouldn’t be revealed before it’s time, querying, getting distracted by summertime, getting rejected, more revisions, oh look, a new RPG, etc… -.-‘

*Laughs* Those pesky RPGs! So no music to keep you tapping at that keyboard?

SILENCE. Not even background television.

I agree with the background television as that can be very distracting. How do you approach editing and revisions while you write? Did you edit yourself?

I actually edited much of it on my own, then passed it off to a few select, intelligent people (both aspiring writers and non-writers) to follow up. I wanted to keep my own voice and not sacrifice my writing style for the sake of marketability or what would make it more commercial. I’m too close to my own writing.

I’m glad that you ensured that your voice was not sacrificed for marketability, because that is the ultimate beauty of self-publishing, you get to retain your own voice. Now, I’d just like to borrow your voice a little longer today to delve into the quick fire round where crazy, wild questions roam freely on the plains. Let’s start with a less intimating question beast: Are you a valuable asset on a quiz team?

I would love to be in a Harry Potter quiz tournament. For REAL. I would stampede our team to victory.

I haven’t done a specific Harry Potter quiz but I think it would be awesome. I’ll add you to my team list! What is your zodiac sign?

Oreo. It’s also my favorite flavor ANYTHING. Except cheesecake.

Oreos are good, although I just feel like you’re missing out on the Oreo cheesecake. What’s the most unusual name you’ve ever come across?

I like it, but then I don’t have to live with it. I can understand how a unique name would be a problem especially when you are a child but it does make it easier to brand yourself when you become an adult. And finally, do you have any philosophies that you live by?

Want to find out more about Tael? Connect here!