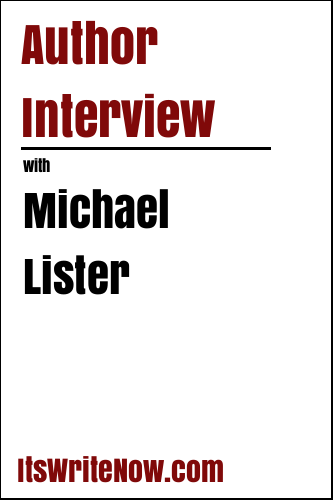 Did America’s most notorious serial killer, Ted Bundy, kill Janet Leigh Lester? That’s the conclusion Jack Jordan, John’s father, reached back when he first investigated the case, but now he’s not so sure. On the same weekend Janet was crowned Miss Valentine at the pageant and Queen at the Sweethearts dance, she disappeared, her car found in an empty field, its interior covered in blood. The case, known as the Broken Heart Murder, is decades cold now, but a new clock is ticking and John Jordan has one last chance to help his father get it right. With no jurisdiction and no support and no real hope of solving such an old, cold case, John Jordan is not taking no for an answer.

Today I am joined by Michael Lister to discuss the cold case ‘The Broken Heart’ murder that is explored within his novel ‘Blood Work’. Michael, thank you for setting aside a little time to chat with me today about your novel. What sparked your interest to peer into the world of Ted Bundy and use it as the basis of your own fictional mystery?

With my interest in Ted Bundy and his time near where I live in Florida.

As you live so close to where Ted Bundy lived did you find it easy to do research for this book?

Wow, getting to go and get that first hand experience of death row at Florida State Prison must have really helped you get into the nuances to give your book texture. Were there any other life experiences that you feel also impacted on this book?

Yes. A lot. My experience as a prison chaplain. My work with criminals. My decades of living in north Florida and being immersed in the culture here.

With those personal experiences within the prison system and being immersed in the Florida culture I’m finding it easier and easier to see the genesis of this book. Are you still working as a prison chaplain, or are you now writing full time now?

Full-time writer. Before that, I was the youngest prison chaplain in the State of Florida.

What pushed you to make that transition from chaplain to writer? As I would imagine that many others who had similar experiences of the penal system would not have felt driven to put them down on paper. But what pushed you to write on these influences?

I can’t not write. It’s my way of being in the world, of expressing and exploring myself and the world.

What was the main thing that you wanted to express in this book?

Probably the nature of the relationship between fathers and sons, the challenges and opportunities. How a father and son can work together to solve a haunting cold case.

Did you find the expression of the father-son relationships the most rewarding aspect of writing this book, or were you struck by something else?

The release of the burden to tell this story. I had the idea to use the true crime facts about Ted Bundy in this way for a long time now and I’ve lived with the shadow Ted Bundy casts here in Florida for most of my life. It feels good to have given birth to this book that I’m so proud of.

I’m really happy to hear that even this far into your writing career you’re still feeling proud about your work. Something we probably should have clarified earlier in today’s interview is that your characters in this book, particularly your main character of John Jordan is not a new character for you. You’ve been working with him for a while now.

I’ve lived with them for 2 decades now. This is my 12th John Jordan book.

12 novels. After you’ve written this many I’m certain that you have another mystery in the works. Can you tell us a little about it?

That’s not long now! Good luck for your release of Cold Blood and I hope that pick up a copy of ‘Blood Work’ to tide them over until ‘Cold Blood’ is released. Michael, thank you again for spending a little time with me today and I hope to hear more from your John Jordan mysteries in the future.

Want to find out more about Michael Lister? Connect here!