Author interview with Bob Brink of ‘Murder in Palm Beach: The Homicide That Never Died’ 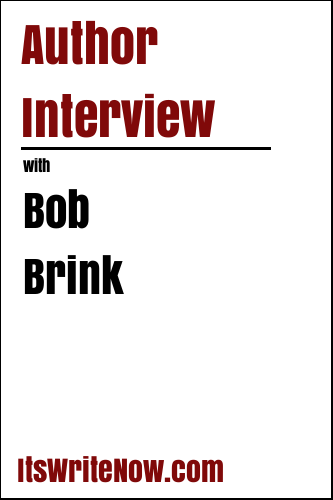 Rodger Kriger answers the doorbell at his Palm Beach home one night in 1976, and is hit by a fatal shotgun blast. An ambitious prosecutor despises hoodlum Mitt Hecher, and gets him indicted. At Hecher’s trial, fellow jail inmates testify that he confessed. He is convicted and sentenced to the brutal Raiford prison. As numerous appeals for a new trial fail, his wife contracts a deadly disease. Investigators pursue many scenarios. Was Hecher innocent, and if so, who did it? Those are the questions seeking answers in this mystery tale of redemption, one that explores issues of justice and power. In the thin guise of fiction, it contains shocking new information, never before made public, about who the killer was and who was behind the assassination.

The tale of ‘Murder in Palm Beach’ takes the reader on a meandering path that closely follows a real life murder from the latter part of the 1970s in a town overlooking the ocean. Author Bob Brink has generously agreed to take us through some of the highlights of these trails through a fatal event towards its final resolution. Bob thanks for talking with me today. As the path of your novel is so closely intertwined with this real life murder, can you tell us a little about what moved you about the murder so much that you wanted to write a fictionalized account of it?

The magazine I worked for declined to publish a story I’d written about a sensational murder in Palm Beach. It told of how a former newspaper colleague had discovered who the killer was, and the important person behind the assassination. A few years later, I inadvertently came across the reporter’s chief source, and we planned to write a factual book until he feared giving me certain names. I abandoned that project, and wrote a novel closely based on the murder.

It sounds like the abandoned project was well underway before it was shelved. What fact-gathering work do you do as a part of this project?

I interviewed a number of people and scoured 148 newspaper stories. The most important interview, which I did several times, was of the man convicted of the murder.

Wow, interviews with the man convicted of the murder really would have given your story some really strong points of view. Apart from this investigation project, were you familiar with the technical details associated with murder cases?

I’d investigated a murder for the Milwaukee Journal (now Journal Sentinel), and had some experience covering the courts.

With research, experience with the judicial system and face-to-face interviews with those involved in the original crime, how did you find the points of view of the characters evolve?

Some of the characters are based on real people, and I invented others through random associations that fed my imagination.

And after feeding your imagination with all of these differing reports, what did you find was the most satisfying aspect of the writing process?

Exposing the wrong-doing of the prosecutor.

Was exposing the wrong-doing of this person the most important voice that you wanted to come from this novel, or do you hope that readers take away another more poignant note?

The justice system in our country is seriously flawed.

That is a very strong juncture to arrive at. Do you expect that your next writing project will also tackle the flaws of the justice system?

I’m writing a novel about police brutality and corruption that draws on elements from two of my favorite movies: Gran Torino and My Cousin Vinnie.

What keeps you coming back to write within the criminal and justice systems?

I’m good at it, and derive much satisfaction out of a work I did well.

When you start a new writing project, do you have a detailed plan regarding its destination, or does it unravel as you write?

I might have a rough idea in my head of how the book will develop when I begin, but it mostly unfolds as I write.

And when it’s unfolding, are there any techniques that you use to get you into the writing groove?

I work on my next book when I get time, of which there is little because of the prodigious efforts required of marketing. I always write at my desk in my enclosed condo patio.

Writing on the condo patio sounds very relaxing. Do you also turn on some music while you’re out there?

I don’t want background noise when I write because it’s distracting.

Do you find that much distracts you when you are writing? No patches of writer’s block?

I’m not sure I’ve ever experienced that.

That’s great! Do you find that keeping yourself on the task of writing also extends to the editing process? And do you edit your own work?

Yes, I do most of it myself.

And once you’ve written and edited to the point of completion, I hope that you felt a true sense of achievement reaching publication. As you’ve been through the publishing process, do you have any tips for other authors looking to improve their writing or publishing skill sets?

Heed the advice of the best writers and begin promoting your book well before it’s published.

It’s never too early to start enticing readers on your next journey. Speaking of next journey’s let’s take a little wander through the way of the quick fire round before I let you go back to your next novel of criminality. Let’s go with one of my favourites, if they made a movie from your book who would you choose to play the main characters?

Joe Pesci as the man convicted. John Malkovich as the prosecutor.

Nice picks. I can see both of them very clearly in those roles. What is your favourite ocean?

Do you have a ‘do not use’ or ‘most hated words’ list when you are writing?

Are you an introvert or extrovert?

Would you have a cast party with the characters in your book if they could come to life?

Sure — if I didn’t have to pay the bill.

I’m sure we can find some financiers. Have you ever danced in the rain?

Only when the ballroom ceiling leaked.

That sounds quite picturesque but I’m sure it didn’t feel like that at the time. If you ruled your own country, who would you get to write the national anthem?

Solid choice, John can make a mean theme song. Are you left or right handed?

Right-handed, though my parents said I leaned toward left-handedness as a small child. My politics did not follow the direction of my dominant hand.

You’re certainly not going to come across a name with that sturdiness every day of the week. What is your favourite word?

And to accompany that final note of beauty, can you leave us with your favourite and most compelling quote from your novel to rev up the readers before they pick up a copy of ‘Murder in Palm Beach’.

I wonder why rich and important people wink when members of their own class do sleazy stuff but common folks make people on their own level feel ashamed if they act that way. Hmmm. Maybe it’s because the higher-ups understand sin better. They do a lot more of it.

Bob, thanks for taking us on a little guided tour of sin today.  And I wish you the best of luck with your current and future fictionalised judicial and criminal exposures.

Want to find out more about Bob Brink? Connect here!