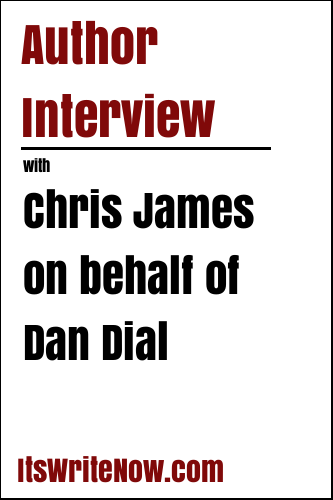 Dan Dial’s synopsis of October 2015. How can anything so huge as a world in crisis be summarized? We can break it down into small pieces. The Minke whale and The Tohono O’odham Indians, for example. We can seek justice for both, or we can just sit back and watch them, and a million other causes, flounder in the tsunami of human ‘progress’. I chose not to sit back, using the gift of enmezzlement (defined in the book) to do everything within my power to iron out the creases of this crazy, wrinkled world of ours. Fear, anger and frustration have driven me to extreme progressions of action, beginning in the early sixties and leading up to today. Like tiny doses of arsenic administered over decades, these negative, toxic emotions have taken me now to the point of no return. What happens next year could be, for you, a life-stopping moment. Literally. Please do what you can to make sure it doesn’t happen. – Dan Dial

Today we’re once again playing with the concept and setup of the author interview, where today I’ve been joined by Chris James, on behalf of Dan Dial, author of ‘Sibelsnaat’ whoever he is. Chris, thanks for taking a few moments to have a chat about what you know of the development of ‘Sibelsnaat’. Can you tell us a little about what you know of how this book came into being?

Dan Dial’s book is the natural culmination of the world around him, as he says: “Fear, anger and frustration have driven me to extreme progressions of action, beginning in the early 60s and leading up to today. Like tiny doses of arsenic administered over decades, these negative, toxic emotions have taken me now to the point of no return.” – Dan Dial, Oct 2015

So it’s fair to say that the toxic emotions that Dan experienced, strongly influenced the shape of this book?

Was Dan also into research in a big way to make sure that these stark realties were true?

Yes. Dan Dial researched whales, Native Americans, the stock exchange, and demographics in the writing of his book.

And from the combination of toxic emotions, whales, Native Americans, stock exchanges and demographics, what was it that Dan found?

That we all have the power to change the toxic path the world is on if we just put our minds to it.

Did Dan find isolating and recognising this power to change rewarding?

For Dan Dial at least, there was no reward – just anger, fear, frustration, disappointment and, in the end, despair.

Is the next work that Dan is exploring also ending in despair? Or are his next literary pursuits following a new direction?

Why do you think that Dan wanted to debut his writing career through ‘Sibelsnaat’?

To express what worried him and how things can be resolved. It’s also thrilling when a combination of words come together in an impactful sentence.

I’ll definitely grant you and Dan the excitement of words when they explode together in an impactful sentence. What steps are used in either planning or motivational techniques to get these explosions lined up nicely? How does these words unfold?

Get up at 7am, stop writing at 9am. The story starts at ‘A’ and hopefully proceeds through the alphabet to ‘Z’ in the correct order.

*Laughs* Getting the story in the right order is always a top tip! If you’ll allow, I’d like to tip this interview a little towards the quick fire round, where I generally try to deep depth in the author psyche through seemingly random questions.   I still want to do this even though you’re answering on behalf of today’s author. Actually, I’ll let you pick whether you answer these questions on behalf of Dan or as yourself, but keep it a secret who you’re responding as – I’d like to keep a little more mystery and intrigue on hand. Let’s kick it off with:   If they made a movie from your book who would you choose to play the main characters?

Dan Dial, could conceivably be played by a series of actors representing his various life stages, culminating with Terrence Stamp at the end.

Good pick, I think that Terrence would give a fantastic gravitas and emphasis that you’d been looking for at the ending. How do you get past writers block?

Go for a long walk.

What is your favourite song or music to work by?

I can see how Ravi would get you in the mood! Awesome choice. Now, would you have a cast party with the characters in your book if they could come to life?

Why not precisely. What does editing look like for you?

Re-reading works, why mess with it. Do you have any tips for self-publishing for other authors?

Do your homework. You’ll soon find what works and what doesn’t.

I try to do what’s appropriate in a given moment.

What is your favourite quote?

It’s better to know nothing than to know what ain’t so.

Are you a valuable asset on a quiz team?

I shall sign you up for the next virtual round of Trivial Pursuit. What is your zodiac sign?

*Laughs* I’m not sure that you can claim ownership on that one! Are you introvert or extrovert?

If you ruled your own country, who would you get to write the national anthem?

Interesting. I never considered the speed of rainbow colours, that is something I will have to look into. Speaking of rainbows have you ever danced in the rain?

I’m glad to hear it. If you could breed two animals together to defy the laws of nature what new animal would you create?

Half man, half kangaroo to break the long jump world record

*Laughs* Because breaking the long jump record really is the pinnacle of human achievement. What color socks are you wearing?

Julius Stravenue, the name of the street we lived on in Tucson

One billion to seven billion in just 200 years. That’s what happens when you f**k with your eyes closed.

*Laughs* And that just about sums it up! And can you sum up today’s interview with your favourite word?

Well, you can’t go past a newly invented word. Chris, thanks for joining me today. I appreciate that you’ve taken a moment to chat with me today on behalf of Dan. Please wish Dan the best of luck from me on the promotion of ‘Sibelsnaat’.

Want to find out more about Chris James, on behalf of Dan Dial? Connect here!