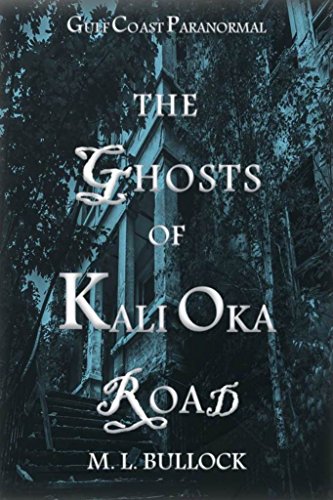 On the Gulf Coast, Things Don’t Just Go Bump in the Night

They Terrorize You and Sometimes You Disappear!

The paranormal investigators at Gulf Coast Paranormal thought they knew what they were doing. Midas, Sierra, Sara, Josh and Peter had over twenty combined years of experience investigating supernatural activity on the Gulf Coast. But when they meet Cassidy, a young artist with a strange gift, they realize there’s more to learn. And time is running out for Cassidy.

When Gulf Coast Paranormal begins investigating the ghosts of Kali Oka Road, they find an entity far scarier than a few ghosts. Add in the deserted Oak Grove Plantation, and you have a recipe for a night of terror.

The Stars that Fell

The Stars We Walked Upon

The Sun Rises Over Seven Sisters

The Ghosts of Idlewood

Wife of the Left Hand

Fire on the Ramparts