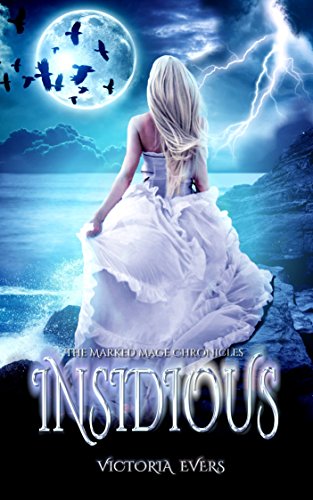 Over 2 million pages read. Thousands of books sold. Discover the exciting new paranormal romance thriller that is captivating readers around the world.

A Deadly Bargain.
An Alluring Stranger.
A Forbidden Romance.

All Kat Montgomery wanted was a fun night out on the town. What she got was a death sentence. As it turns out, the quaint little hamlet of Mystic Harbor, Maine houses more than sandy beaches and adorable B&B’s. Beneath the New England charm rests a deadly world where shifters, demons, vampires, and angelic hunters all vie for power.

A world where magic is the greatest weapon.

Magic that people are willing to kill for.

After that one fateful night, she can feel the changes beginning to take hold of her. Only problem, she doesn’t even know what she’s turning into. As if things couldn’t get any worse, Kat learns her only real ally rests in the one person she can’t stand: Reese Blackburn, an insufferably handsome magician whom the town fears most.

Kat’s very soul is at stake, and the odds don’t seem to be in her favor. Can this mysterious stranger help her challenge fate itself before it’s too late?

“Fans of SUPERNATURAL and THE VAMPIRE DIARIES will rejoice in this amazing first installment. Evers crafts a riveting paranormal thriller that will leave you breathless and begging for more.” -The Book Blitzer ?????

“This book was brilliant! A great story with characters that you can’t help but love!” – Lela Eder ?????

“A non-stop unveiling of brilliant characters, a tantalizing plot filled with more twists than a Twizzler all wrapped up into one riveting read!” -Tome Tender ?????

“This book absolutely blew me away!” – Happily Drowning in Books ?????