Author interview with Humphry Knipe of ‘The Nero Prediction’ 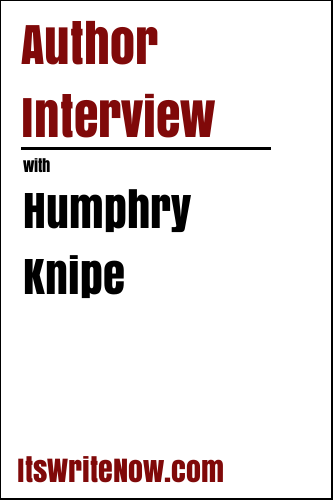 In an age when Rome rules the world and astrology rules Rome, Nero’s young secretary battles the prediction that he will murder the musical messiah he worships. ‘The Nero Prediction’ is a winner of the IPPY Award for “Best Historical Fiction”.

Will the musical messiah be murdered in the manner predicted by astrology? Returning to ItsWriteNow.com to share more ancient astrological insights is Humphry Knipe, author of ‘The Nero Prediction’. Humphry, I love to see authors return to chat so firstly thanks for coming back so we can delve a little deeper into the pages of ‘The Nero Prediction’. For those who haven’t had the pleasure of reading our last interview, the link to which I will provide at the end of this interview, what can you share about the fire that sparked your desire to write about the whirlwind life of Roman Nero?

‘The Nero Prediction’ was a long time in coming. With his penchant for music and festivals, Nero seemed to the most 60’s of the Roman emperors and, looking back, I probably wanted to recreate that magical time in a historical setting. However the deeper I looked into the first century the more references I found to astrology. One day the idea hit me like the proverbial lighting bolt. Nero’s birth date and time are known (dawn on December 15, 37 AD) so it must be possible to re-create his horoscope. With this mysterious wheel in hand, anyone familiar with ancient astrological lore should be able to make some very intelligent guesses about what Nero’s astrologer would have been advising him on a regular basis. Since Nero, like everyone else at the time, believed in astrology, which, in the words of historian Michael Grant, “exceeded every religion in power and influence”, this could be an important historical tool in explaining his motives and actions. So I linked up with an astrologer who specialized in Greek and Roman astrology to cast Nero’s chart and to teach me the rudiments of this intriguing mixture of superstition and astronomy. After several years of studying Roman astrological manuals (two have survived intact) and casting hundreds of horoscopes, the main theme of The Nero Prediction, the self-fulfilling prophecy, came into focus. It still astonishes me that I appear to be alone in this approach because not only was Nero clearly guided by his horoscope but, as soon as it was leaked, his enemies were guided by it as well which led to his death at the age of 30.

Wow, that’s a huge amount of study behind ‘The Nero Prediction’!

Which is impressive in anyone’s language! How close are the events in your novel to what historians known about this period in time?

Very close. I stuck very closely to the historical accounts, never contradicting fact but expanding on it.

Was there much modern day expansion added? For example, did you pepper up the story with flavours from your own life?

Sure – the fact that I was young and in love during the 60’s in London. Very Neronean!

*Laughs* That will do it! How did you find this unique mix of modern and historical events and characters that experience them interplay together?

Plot and character perform a complex dance, sometimes one leads and then the other.

What did you feel that you learnt from this complex dance with changing leads and partners?

The peril of blind faith. Faith can be the worst folly.

Blind faith is perilous. Why do you love writing about the perils of life like the trap of blind faith?

It’s fun playing god, even if it’s only on paper!

*Laughs* That it is! When you’ve cast yourself as God, where does the creative process start? Is it planned from the beginning right through to the end?

I always start at the end.

It does make a lot of sense to me that start at the end, simply because you know where you’re going to go. When your mind knows where it’s going, are there any techniques or rituals that you use to get your mind ready to write?

I am very much a creature of habit. I write in the same place, at the same time, five days a week.

I wish I had your ability to sit down in the same place quite so consistently. I end up wiggling so much to that I have to move to my next writing spot for the day! It does end up being a nice tour of all the writing spots in the house though. Is there a magic strategy to staying in the same spot? Music perchance?

No music. My ideas are frightened off by strange sounds.

Such sensitive little ideas! I hope that you’ve managed to catch a few of them for your current writing project. What ideas are you currently trying not to scare away?

I’ve just published ‘Napoleon’s Rosebud’ which was inspired by the real-life affair between Napoleon and my great great grandaunt Charlotte Knipe on the tiny island of Saint Helena. It’s time to rest on my laurels, at least for a while.

‘Napoleon’s Rosebud’ sounds like a really fascinating read and one not to be missed. I’m glad to hear that you’re taking a little time to relax from the writing game but don’t stay on the sidelines too long, it’s just too much fun only to watch!

Excited to read the book we discussed today? Find it here on Amazon: ‘The Nero Prediction ( ASIN: B007SPGPIQ )‘.

Want to find out more about Humphry Knipe? Connect here!

You can also catch our previous interviews with Humphry here: