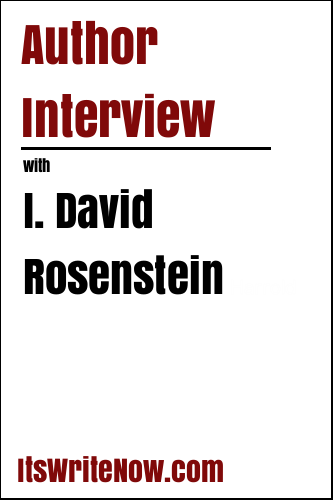 Electrifying America: From Thomas Edison to Climate Change describes the history of the electric industry since 1882 when Thomas Edison flipped a switch and illuminated an office building in New York’s financial district. This history starts with The War of the Electric Currents between Thomas Edison and his direct current system and George Westinghouse and his alternating current system. But the War of the Electric Currents was only the first of many challenges to the delivery of electric energy in America. It was followed by the excesses of the Power Trusts of the 1920s, multiple large scale power blackouts, the 1973 Arab Oil Embargo, the Three Mile Island nuclear accident, California’s misadventure with competitive electric supply and Enron’s bankruptcy. The challenges continue to this day with fears of cyber attacks on the electric grid, the aging energy infrastructure, and the need to respond to the threat of climate change. In the past, the Electric industry and its policy makers have always been able to meet these challenges head-on and ensure the reliable and affordable delivery of electric supply.

To bring us up to speed on the history of electricity in America I’ve been joined by author I. David Rosenstein to discuss the world inside ‘Electrifying America: From Thomas Edison to Climate Change’. David, I have to admit outside of superficial knowledge around the initial illumination of New York, the War of the Currents and more recently the battles with Enron I haven’t been well-versed in the historical ups and downs of the American electricity industry. What inspired you to document the varied and often challenging history of this industry?

I worked as an attorney in the public electric utility industry for forty years. During that time I saw how various events, such as the Arab Oil Embargo, large-scale service blackouts in the northeast, the Three Mile Island nuclear accident and the Enron bankruptcy forced the industry and its policy makers to modify their actions to ensure that the lights stayed on when the consumer flipped a switch. I knew that the same type of responses to events had been occurring since the days of Edison. I thought there was a story to tell here.

I totally agree that there is a fascinating story to be told. And I really love that you have first-hand experience of these changes as I feel it adds that relatable touch for the reader. Could you share a little more about how your personal story has intersected with these industry changes?

I was a witness to the events of the last 40 years. The first 20 years I was in private practice representing electric customers in opposition to utility rate increases. For the last 20 years, I was an in-house counsel to non-regulated power production companies. When the electric industry was deregulated I had to leave my job as a regulatory attorney. And even when I started work for the deregulated power production industry I was forced to change jobs as a result of mergers and acquisitions in that industry.

Those are some fairly significant work changes that really do bring a personal note to that industry upheaval. As this book is a narration and exploration of the industry changes I know you did a fair amount of research. Which area of history caught the majority of your research time?

I did a lot of historical and legal research to better understand the people and events that led to the evolution of electric power policy and services.

Your book covers a huge variety of aspects of electrical policy and services of the evolution of electricity. If a reader could only take away one thing from this book, what would it be?

During the past 135 years, there have been numerous crises that appeared to threaten the delivery of electricity in America. The members of the industry and their policy makers have always been able to respond to these crises and to keep the power flowing in a way that meets the public interest. While current issues such as the threat of cyber attacks, aging infrastructure and the impact of climate change appear to be daunting the industry and its policy makers should continue to be up to the task to successfully respond.

I really like that you’ve painted a positive future for the industry. Was the ability to share a positive view about the future of the electrical industry where you found the greatest satisfaction writing this book or was there greater rewards elsewhere?

I enjoyed being able to tell the story of the electric industry and a way that should be understandable to those that are not already familiar with the industry.

Rising to the challenge of telling a complex story like this history for those who don’t have a background in the industry is a fantastic achievement. Where during the process of telling this story do you felt you found the greatest personal growth?

I had to learn how not to write like an attorney and to write so that anyone could easily understand what I was saying.

*Laughs* I’m glad you’ve worked through the challenge of automatically writing legalese to share an easily accessible history with readers.  David, thanks for sharing the intertwining histories of the electrical industry in America and your place within it with us today, and I’m sure many readers will enjoy your personalised journey through this time.

Excited to read the book we discussed today? Find it here on Amazon: ‘Electrifying America: From Thomas Edison to Climate Change ( ASIN: B073C3XWNM )‘.

Want to find out more about I. David Rosenstein? Connect here!