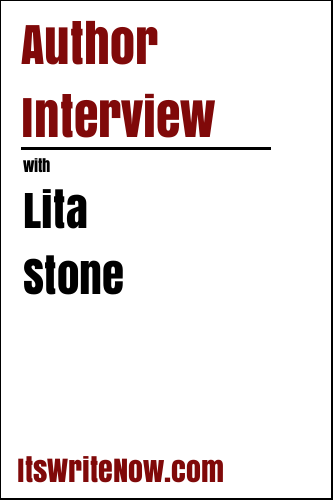 What will be the fallout from the coupling of these two damaged souls? To observe impending destruction I’ve been joined by Lita Stone, author of ‘Always’, the first volume in the Wolfe Brothers series. Lita, thanks for chatting with me today about the destructive forces at play in ‘Always’. But before we can talk about the destruction in this fictional world, we need to go back to its creation. How was ‘Always’ created?

The original idea for ‘Always’ actually came after I’d written the second book, ‘Maybe’, in the series and I decided that I needed a ‘prequel’ to tell the story of these two main characters before the story that I’d originally written. From there the story came to me, mostly organic, as I imagined the past and present lives of these two main characters and how they’d both be realistic yet damaged people and how they would affect each other in realistic ways.

You’ve mentioned the word ‘realistic’ twice, so obviously ensuring you work has a strong sense of realism is important to you. How do you go about imbuing that realism to your characters?

To start, I pride myself on my characterization in my writing and I attempt to write realistic people. When I thought about a real person I thought about someone who’d lived a hard life, had to make some hard decisions and grew up with a lot of bad stuff in their head — and then I wanted to pair that character with someone else who’d had the same or even worse past, set them loose on each other and see what happened. I thought about it as tossing a match into a can full of gasoline just to watch the flames erupt. But the challenge was that I had to find a realistic way to bring these two full circle and eventually become each other’s saviours.

Was adding elements from your own life a technique that you used to solve this challenge?

You’ve used many aspects of your life, but obviously, there are some degrees of the story that weren’t directly influenced by your own life because you’ve only been able to live one life. Did you choose to intertwine things that you had researched to create more complexity in the story?

This book was lighter on research than the subsequent books, but I did look up the parts of canoes to make one short scene sound authentic. I also looked up unique recipes for one of the characters that opens up his own restaurant. One supporting character is an engineer at a medical technology complex and I researched where she went to school and got some authentic engineer-esque dialogue for her. A few notes about tennis for another scene. Very light research really.

What did you love most about pulling the light research, your characterization techniques and your imagination while you were writing this book? Or better stated, where did you feel that you received the most rewards during the books’ development?

That is a difficult one since so much of writing the book felt rewarding. If I had to pick it was most rewarding to have finished the book and see how these characters had truly come to life, unfolding their darkest secrets and desires and fears — some of their revelations even surprised me since I ‘pantsed’ most of the book.

*Laughs* You’ve done a fantastic job ‘pantsing’ this book! Despite having ‘pantsed’ this book, did you still feel that a strong message emerged?

Yes. Love does conquer all, but the battle for that conquest can be riddled with causalities — both literally and metaphorical in the case of ‘Always’.

Earlier by mentioning that you wrote ‘Maybe’ the second book in the series before ‘Always’, so I think the readers can safely assume that a few of the characters survived the conquest and may pop up again in ‘Maybe’. What stories beyond ‘Maybe’ from your own catalogue do you feel that readers might enjoy, and what are you currently working on to add to your author catalogue?

Well, the Wolfe Brothers originally ended after 4 books where all threads were brought to a close. But it was my husband, Max Redford, who’d helped me revise and rewrite parts of the last book in the series, who encouraged me to continue the series in a “What happens when the sun rises the next day?” prompt. So we did what any self-respecting authors would do and we got a 12-pack and brainstormed the next three books in the series which are [Rest] [In] [Peace] — those are three different books. We’re currently finishing up [In]. We’re hoping this series has a long shelf life because we’ve already sketched out the next series after [Peace]. As a tidbit of trivia, we’re going to try and stick to a structure of having 3 – 4 books per ‘volume’ which will tell a complete story arc before moving on to an entirely new story arc.

I really like that structure of having 3 or 4 books to tell a story before progressing to a new arc. What do you love about writing that brings you back to bringing these story arcs to life?

My husband and I are both authors. We met during a writing workshop and have been together ever since — 6 years now. Writing is an intimate and emotional process for us and we spend more time discussing our next story, new characters or new settings more than we talk about anything else. It makes our marriage a lot stronger I believe.

I love that you work through the ideas as a team, and I completely love that you’ve used your writing gifts to strengthen your marriage. I haven’t heard of such a fantastic application of writing skills, but applying it to your marriage has just rocketed to the top of my favourite reasons to write list! Have you also used your skills of writing and story development to strengthen your career?

I’m a waitress. I enjoy working in the serving industry because you meet so many different people and the people I typically work with are the salt of the earth type people and those are the type of people I write about.

So, your job is almost the other way around, instead of using your story skills to improve your career, instead, your career builds your writing, creative and imagination skills as new characters and life circumstances walk straight into your life every day! Before you go, I’d like to get you to call a little on that creative spirit and apply it to our quick fire question round to build a better understanding of the author behind the story. We’ll start with, what is your zodiac sign?

Gemini! I know this because my other series has a cosmic being of the Geminus species.

I wasn’t aware there was one.

*Laughs* Well, that is the question! What came first, the chicken or the egg?

Chickens and eggs aren’t really that attention grabbing. But do you find that listening music is a good technique to inspire writing process? And if so, what tracks do you like to spin?

Cinematic soundtracks mostly. Typically music without lyrics so the words don’t distract me but the epic music inspires me.

Epic music should be followed by epic questions. How about, why doesn’t glue stick to the inside of the bottle?

That’s a really good question. I’ll have to ask Google about that one.

You got to love that Google can answer all of those hard-hitting questions! If all of the world is a stage, where does the audience sit?

Personally, I’m a spectator of the world, so I guess maybe I’m the one in the rafters above the stage.

Oooh, in the rafters above the stage is a great position, and I think you’re the first person to suggest that location so you should have plenty of room up there! And before you return to your imaginative literary adventures, do you have any philosophies that you live by?

Life is too short for regrets, so put yourself out there. What’s the worse that can happen? You fail? Failure teaches you, so fail and fail often and don’t be afraid to fail.

Lita, thank you for not being afraid to fail otherwise readers wouldn’t be able to follow the challenges faced ‘Always’ or ‘Maybe’. I hope that you continue to embrace the fear of failure and continue to share your writing wisdom with the world.

Excited to read the book we discussed today? Find it here on Amazon: ‘Always – A Wolfe Brothers Novel ( ASIN: B00IJQCZ2S )‘.

Want to find out more about Lita Stone? Connect here!