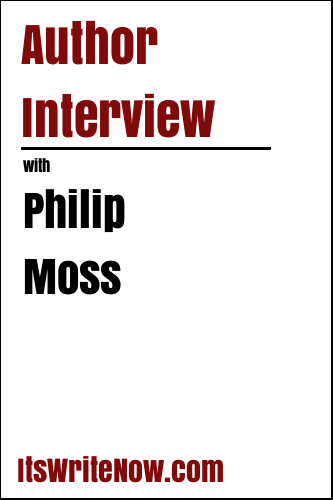 Chaos, love, drugs and the terror of terriers. What will Figgis uncover next in his fraud finding investigation? Philip Moss, author of ‘Flogging the Field’ has kindly joined me today to shed a little light on the wild ride that Figgis has found himself on. Philip, how did this adventure originate?
Ieuan Henge is based on a real person with whom I was having a long-standing disagreement. Hardly surprising that the other characters, both on and off the game fairs, are either based on real people with their permission, who appear as themselves.

So you’ve actually had the majority of the characters come up to you in real life?
Normally, with a glass in hand at a bar! I didn’t have to make up that many, merely adapt reality to fit in with the comedy. The fact that no one has sued me (yet) is as surprising as it is a testament to the affable, easy-going nature of traders and those people who attend country and game fairs.

How many of the events that play out in ‘Flogging the Field’ did you take directly from what you’ve seen at game fairs?
I hope it comes over strongly that many of the incidents in the book, such as The Potato Gun chapter, actually happened. In fact, the vast majority of the incidents – not the drug dealing sub plot – really took place. The criminal sub plot with its drug culture, eccentric country landowners, corrupt civil servants and inept police force is a frame on which hang the game fair action.

Where did you find the greatest rewards from this mix of real life fair culture with the fictional seedier set?
Favourable comments from the game fair traders and those who are into their country sports. They could have sat there and picked holes in the details but instead, they understood and accepted the book for what it is, a light-hearted and affectionate knockabout comedy about a fast disappearing aspect of English country life.

What did you learn most from getting so strongly involved in the literary adventure of country life?
I am sure that if you searched long enough through the archives of Rome or Athens, you would find a pithy epigram by one of the Pliny’s or perhaps Cicero which reveals this ancient and immutable truth: Writing the book is the easy part. Marketing and selling the book is the real skill.

You know I’d really love to see what Pliny or Cicero’s take would be on how market and sell books. I think that they could really contribute well to this space. In the vein of contribution, what work are you currently producing for the world?
The writing of volume two of Flogging The Field is well-advanced. It has a project title of ‘The Organiser Strikes Back’. Peter Figgis, now less of an ingenue, Ieuan Henge, Maurice and Terry all reappear. The story involves some international travel. Well, the Isle of Wight, anyway. Apart from that, I continue to write my monthly column (https://www.philipmoss.wordpress.com) in Gun Trade News about shows I attend and there’s the occasional commission from other publications.

What do you love about writing that has continued to draw you towards writing novels, columns and commissions?
Money, mostly. But there again, I’ve been a freelance writer on and off since my teens. I still get satisfaction from finishing a piece and I like making people laugh.

Do you like to keep an idea in your head while you are writing to make sure that you are reaching those points of laughter and satisfaction?
Writing tends to be an immersive process with me as if the action is actually taking place around me; only this immersive process has editing facilities.

Does this immersive approach go hand in hand with a detailed plan of where the journey will end before you start your first sentence, or does the end unfold as you continue writing?
Definitely the latter. There’s no over-arching plan at the outset. In that regard, my style of writing has a lot of similarities to warfare. It’s a fluid situation in which improvisation, adaptability and the ability to haul your backside out of the line of fire are useful skills.

Are there any techniques or behaviour patterns that you use to put yourself in or pull yourself out that line of fire?
I know other authors treat writing as a nine to five experience but I am not like that. Walking the dog seems to be the time when plots, storylines and dialogue enter my mind. Once completed in my mind, I can then think about getting it down on paper. I always liked Chekhov’s structure that one should be ‘ice cold’ as you approach the task of writing.

How does this fluid nature of writing gel with editing? Is editing something that you take on yourself, or it is something that you prefer to outsource?
The least attractive aspect of writing. Hundreds of read-throughs! Thousands of changes! Johnson’s enthusiasm for excising your favourite descriptions and purple passages is a bitter pill to swallow but it is for the best. And then the copy proofing. Despite six weeks of careful study, how is it still possible that chapter headings and character names can appear in bowdlerised form? Still, it happens.

I think when you get that many words together they just gang up and create problems throughout any written work. After hundreds of read–throughs and thousands of changes, do you feel that your author voice has progressed?
Yes. My family tell me I am even more childish than ever…. if that’s possible. However, I am more confident now in my writing than ever before.

Has that confidence translated into a strong author brand?
Not really although, increasingly, I see that this is the way forward. I have been busy writing and selling at game fairs. I realised soon after the publication of the first edition of Flogging The Field just how little active marketing and selling assistance I could expect from a small publishing house. This influenced my decision in ‘going it alone’ with the second edition and Kindle edition of the book.

What have you learnt from your first steps of going it alone?
The trick is the marketing and selling. Find your target audience, establish communications with it and work hard at keeping your work in the limelight.

One of the ways I love to shake things up to get authors thinking about their position in that limelight is by sharing snippets of their personality through our quick fire question quiz. Let’s share a little of the Philip behind the game fairs by investigating the query: why is lemon juice made with artificial flavour and dishwashing liquid made with real lemons?
Part of the unnecessary complication of modern existence. Why not just squeeze actual lemons for cooking or drinking purposes & use diluted distilled white vinegar for the dishes. Does just the job at a fraction of the price. If everything has to smell just so in your world then I’m sorry but I can’t help you.

If you’re in a vehicle going the speed of light, what happens when you turn on the headlights?
Not a lot, I imagine.

Yeah, I’m still not sure about this one. Why isn’t there mouse-flavoured cat food?
Because all cats prefer gravy.

What happens if Batman gets bitten by a vampire?
Presumably, the vampire ends up with broken fangs.

I’m not sure, is Batman’s armour that tough? I’m not 100% sure that it is. Are you left or right handed?
Right-ish.

It sounds like that left is trying to get in there, and I wish it the best of luck! What happens when you get scared half to death twice?
Nothing. I have more than two tax bills in my time and know this for a fact.

So if a person can’t be harmed from being scared half to death twice, what is your best tip for authors?
Save yourselves! Study accountancy!

*Laughs* Accountants can save the world! If nothing ever sticks to TEFLON, how do they make TEFLON stick to the pan?
I’ve never thought about this. I’m just grateful.

You only need to burn something in a pan once to be forever grateful to the wonders of TEFLON. Let’s move to word wonderment. What is your favourite word?
Metempsychosis

Is there a question that you haven’t been asked that you’d like to be, or anything that didn’t come up?
Not really. My life is complicated enough without having to dream up more questions than absolutely necessary. Although there is always the eternal conundrum as to why toast, when it is dropped, always lands butter-side down.

That is one of the great conundrums of life. Perhaps it is something that Figgis can investigate in the sequel to ‘Flogging the Field’. Philip, thanks for sharing your love of game fairs and English country living, and I wish Figgis the best of luck in his international travels.

Want to find out more about Philip? Connect here!