Author interview with Benjamin Laskin of ‘The Will’ 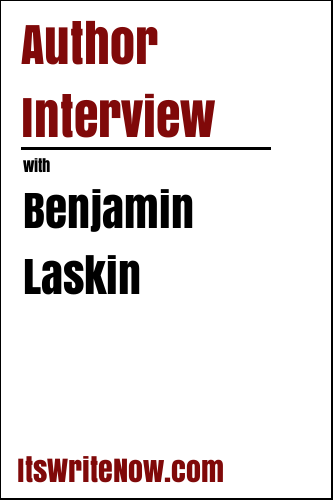 Hoping to rectify after death what he couldn’t do in life, Josh McCain’s father leaves his one son and failure “a bucket list from hell” that targets Josh’s mind, body, and soul. Stripped of everything that made life a swanky, booze and babe-filled breeze, slacker extraordinaire Josh has two years to reinvent himself. He embarks on a gruelling and often hilarious regimen of self-discipline. Along the way, sceptics and naysayers mock him, saboteurs resolve to stop him, and his own past haunts him. But Josh is determined to prove that who he was is not as important as who he can become.

Who will Josh become? Benjamin Laskin, the author behind the challenges set out in Josh’s two-year reinvention has kindly joined me for an insider’s reading of ‘The Will’. Benjamin, thanks for chatting about your novel that explores this curious idea of challenging a party loving boy to redirect his life towards a new adventure. What inspired you to explore such a life altering adventure?
It began from a true-life news story about the son of a wealthy father who had made a mess of his life. I asked myself, what might the parents have done differently.

Obviously, when you asked that question of yourself you started looking at the differences between yourself and the wealthy father and the choices you have both made with regards to your family. How did the characters evolve when you were exploring these differences?
From behind the bushes of my mind, and out of the dark. All my characters in all my books seem to be waiting off stage somewhere in my mind.

*Laughs* It sounds like you had to go on a character hunt in your mind to catch them! Once you had the characters in hand how did you get them to participate in this adventure? Actually, I’d like to know where you found inspiration for the events in the adventure. Were some of the events picked from your own life?
Yes, some of the things on Josh’s list were things I’ve undertaken.

We won’t spoil the fun by revealing these events, but I’d love to hear about what you hope that readers take from this adventuresome mix of characters and events?
For profound and lasting change, the effort must be comprehensive and focus on mind, body, and soul. To change one but not the others is to live a lopsided life. But if one seeks to improve all three, miracles will begin to manifest.

Who doesn’t love the manifestation of miracles! I wouldn’t have expected miracles to manifest in your own life, but I’m sure you did find some rewards. What tangible rewards have you found from sharing Josh’s transformation with readers?
All the positive reviews, for which I’m very grateful.

Good luck for getting those two new sequels into the hands of readers. What do you love about writing so much that has kept you coming back to expand on these prior literary adventures?
I’m superstitious. I believe as long as I’m creating stories never told before, I’ll be allowed to keep living.

Has this superstition led to very detailed writing rituals to ensure you get to keep living?
I’m very regimented and obsessive. I write embarrassingly slow and make up for my lack of speed with hours spent. I do everything you’re not supposed to do, like rewrite as I go. I won’t move on to the next scene until I’m 95% satisfied. When I first began, I would write 10 drafts of a book, but now the second draft is pretty much the final draft.

Is it necessary that before you enter this intense writing and rewriting process you’ve planned where the tale is headed?
I have no outlines or goal posts. I let the characters tell the story. They know best.

Indeed they do. Are they who you have in mind when you’re writing, or do you like to picture other people like your readers?
In my mind, I have a huge audience of me’s. I can’t write for anyone else.

I love that you write for yourself, there’s no better way to guarantee a good read for yourself than to write one! As you are primarily writing for yourself, have you thought about how your novels fit together as a part of an author brand?
I suck at marketing, plain and simple.

But knowing that you suck at marketing and don’t want to become a pro at it is a very important because it will ensure that you don’t waste your time focused on it, instead, you can spend your time on happier things like writing.  And I hope that you’ll oblige me a little happiness today, and end our interview with a few laughs by picking a question from our quick fire set. Well, the random question isn’t as happy as I would have liked, but I’m going to ask it anyway: what happens when you get scared half to death twice?
I must be starting a new novel.

*Laughs* As frightening as it will be for you, I hope that you continue to keep getting scared half to death as you’ve found an audience greater than yourself who love your work and wish to see it continue in your Coinworld and Murphy’s Luck sequels.

Excited to read the book we discussed today? Find it here on Amazon: ‘The Will ( ASIN: B00SDEFOCE )‘.

Want to find out more about Benjamin Laskin? Connect here!