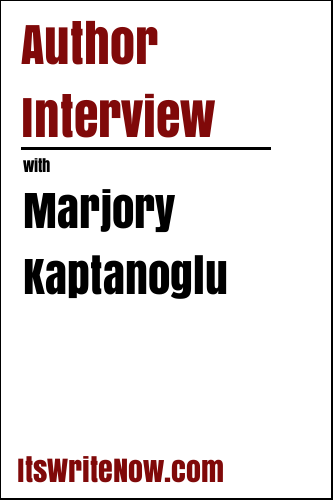 Sixteen-year-old Tessa Skye, a locksmith’s apprentice, loves to shapeshift into a sparrow using a windrider—a forbidden magical amulet. During one of her outings, she accidentally reveals herself to the Conjurer Lord Fellstone, who reigns over Sorrenwood with an army of boar-headed men, and corpses he calls up from the dead. The tyrant sends his knights after Tessa, resulting in the death of her Papa. To save him, she sets out for the castle to steal Fellstone’s Dreadmarrow, his most prized magical artifact, which has the power to restore life. She’s joined by the fortune-teller Calder, searching for his lost love, and Ash, the gravedigger’s son, whose growing attraction to Tessa distracts from his plan to avenge his murdered twin. Dreadmarrow Thief is a universal coming-of-age story about a girl who seeks to wield great power, only to learn it comes at a terrible price.

My father’s passing inspired me to write this book, about a girl who sets out to steal a magical artifact that can restore her father to life. I thought readers would relate to her feelings of loss, and the metaphorical path she follows from denial to acceptance.

I’m sorry to hear about the passing of your father but hope that you were able to move towards acceptance in your own life while working through Tessa’s emotions. Looking back, what was the most important aspect of Tessa’s journey through these pages?

In essence, this is a coming of age story. My protagonist Tessa learns that nothing is as simple as it might seem at first glance. Things that we enjoy, or that give us power, often come with consequences. Becoming an adult means confronting life’s complexities, and making the tough choices to deal with them.

And Tessa has only started to confront some of life’s complexities during the course of this novel. Can we expect to see Tessa’s progression into adulthood in a sequel soon?

I’m outlining the sequel to Dreadmarrow Thief. At the same time, I’m working on another novel called The Courtesan, set in an alternate period reality where women’s rights are severely limited. The courtesan’s sheltered life is disrupted by murder, romance, and the discovery of the true nature of her high-powered patron.

Oooh, it feels like there’s more than a little intrigue in The Courtesan, it should be an interesting read! What does the writing routine look like for an author who is formulating these tempting tales?

I’m a full-time writer. I get up early, have breakfast, go for a walk, and then sit in front of my computer in my study to write for the rest of the day. I can’t say there’s not a good deal of time-wasting and Internet-browsing during my work day, but at least I have butt in seat. I do find deadlines help me to focus and finish projects quickly. Some deadlines I create myself, and some come from external sources like contests that I like to enter.

That’s the first time I’ve heard of entering contests to create deadlines, but I really that technique. How does that technique integrate with editing? Are you primarily self-editing?

I’m a pretty good copy-editor myself, but I would never rely on just my own eyes looking over my screenplays and books. I have a circle of trusted readers who give me high-level comments, letting me know if there were any unclear sections, or slow parts, for example. For the final round of copy-editing and proofreading, I hire a professional for that. I don’t like to find typos in books I read, so I try my best not to leave them in my own work.

My advice would be to spend a little money and not try to do everything yourself. I hired companies to do my book cover, copy-edit the book, and to format the book’s interior. The result is a much more professional appearance than if I had tried to do all these things myself. My second piece of advice would be to try not to sweat over it too much. You’ve done your best, the book is out there, and now it’s time to get back to writing. At least that’s what I’m telling myself.

Never give up. Never surrender.

Never! I don’t want to surrender this interview at the moment because I feel there’s still a little slice of Marjory the author that readers would love to connect with, and I always feel the best way to do that is by getting a little silly. So, what happens if Batman gets bitten by a vampire?

*Laughs* It sounds like an improvement to me! To round out our interview today, can you share your favourite line that will entice readers to pick up a copy of ‘Dreadmarrow Thief’?

After all, we’d faced slitherbatts together.

And no bond is as close as those formed by facing slitherbatts together! Marjory, thanks so much for sharing the bonds in ‘Dreadmarrow Thief’ with me today, and I hope to see the sequel soon!

Want to find out more about Marjory Kaptanoglu? Connect here!