Author interview with J. P. Reedman of ‘A Man Who Would Be King: The Duke of Buckingham and Richard III’ 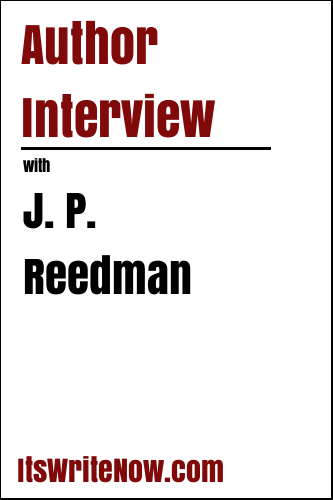 Richard of Gloucester is crowned as King Richard III, but despite receiving wealth, lands and offices, Harry Stafford is not content. The thought of a crown for himself begins to haunt his waking dreams. How far will a man go to win a crown? Betrayal, rebellion…murder?

Will murder be the answer that Harry is seeking? To share the tempting nature of the crown, J.P. Reedman, author of ‘A Man Who Would Be King’ has kindly joined me to chat about this fictional historical adventure. J.P. as someone who loves history I’m reasonably versed in Richard III and his life, but I’m not familiar with Harry Stafford. Who is Harry and how does his life intertwine with Richard’s in your novel?

A Man Who Would Be King tells the life story of Henry Stafford, Duke of Buckingham. A ‘dark horse’ historical figure, whose motives are not altogether clear, he is suspected of being the killer of the ‘Princes in the Tower’ (if indeed they were actually killed). Approximately 5 historical documents mention Henry in this regard. The historian who wrote the definitive biography of the Stafford believed that, once he got Richard III on the throne, he began to regret that he had not taken the crown himself. He was Richard’s cousin and of royal ancestry himself; in fact, his claim was superior to that of Henry Tudor, who became Henry VII.

What was it about Richard and Harry’s relationship that drew you to write about it?

I have been writing about the Wars of the Roses for several years, ever since they found Richard III’s skeleton in a car park. I attended the week-long burial. Buckingham fascinated me most of all the ‘players’ in the story, excepting Richard himself. He seemed such a contradiction and most historians rather shunt him aside. I think personally he is ‘the key’ to many events in 1483. He also is buried somewhere in Salisbury, a few miles from my home, and his body is lost, although an empty tomb thought to be his stands in Britford church (it was moved from elsewhere, probably a monastery dissolved by Henry VIII.)

How lucky that you were able to go to the burial. The best I managed to do was to watch the week-long recap on TV.  With the burial being hundreds of years later it probably didn’t directly affect the direction of this book, but were there other events in your life that you feel did mould some of the events we see in these pages?

I had a friend who was ‘Most Untrue’, they also had many of Buckingham’s more pompous and devious traits!

*Laughs* Direct devious experience! I like it! What has been the greatest thing you have learnt now that you have the luxury of looking back on these fictional and factual devious deeds?

The research into Buckingham’s family through up what seems to be recurring personality traits. It was fascinating!

History is fascinating! But I find that when you start researching it is like going down the rabbit hole into another unending world, where they are more book ideas than you can poke a stick at! Where in history will inspire you next?

More medieval things! Two medieval ladies spring to mind–Eleanor of Brittany and Isabella of Angouleme, both lived in the 1200’s.

*Sighs* I’m not up with either of them so there’s some more work for me! Where does the work for you start with a new book? Do you know where you’ll end up when you start?

As I write about historical figures, I usually know. In my fantasy work, not so much.

Are there any techniques that you apply when you are writing in either of these genres to make the most out of your writing time?

I’m trying to become more disciplined. I now write almost every day (I might have a few days off after I’ve completed a book.)

Are you also shouldering the responsibility of editing your work?

Yes, I do it all myself because I am poor, lol. If I won some money, I’d send them all to the ‘pros’. It is the hardest part, as you might imagine. I use several different grammar/spelling checkers, plus manual reads.

Do you feel that your almost daily engagement with the writing process through writing itself or editing has helped develop a stronger voice for your stories?

I do understand that hatred for first-person books. Sometimes they can just rub you up the wrong way, but I’m glad to see a little author growth, and obviously, your exploration has paid off! What do you love most about the exploration of writing that keeps you coming back for more?

I have always written since I was 5.  Still, remember my first two stories– ‘The Adventure of Two in the Sunset’ and ‘Cleopatra.’ Yes, I was into historical even then!

Well if you find something you love, why not stick with it all of the way! One thing I love sticking with is our random questions because I feel they can catch an author off-guard and give readers a glimpse into their personality and thought process. Let’s see if we can take a gander at your mind with our first question, what is your favourite word?

Nice choice. Let’s stick in that astrological vein, what is your zodiac sign?

Virgo, but definitely not a tidy one! Books and papers abound!!

If there isn’t, there should be! Mind you, when a couple of the rodents were creeping around the house, I noticed the neighbourhood cats weren’t very interested in them! Maybe mouse on the menu is overrated!

Maybe that’s the answer. They have tried it but the cats weren’t interested! Maybe they would prefer eating a monster? If you had to create a monster, what would it be?

The Green Claw. I’d invent him to freak out people because the image of a ‘green claw’ opening a girl’s bedroom door, which was on a comic book in the 70’s, really freaked me out as a kid. I even hid the comic, face down. I wanted to share the freak-me-outness.

Are you left or right-handed?

Left, so is my sister and her daughter. All witches.

Witches aren’t a bad choice. Neither are vampires. What do you think would happen if Batman gets bitten by a vampire?

That would really suck (groan).

*Laughs* Yep, that’s really groan-worthy! To make sure we end our chat on a high note away from the groans, can you share your top tips for making the best out of the challenge of self-publishing?

Just do it! Try to get someone to read the manuscript for errors and tell them to be ruthless if there are things that they think make no sense. Look for good but cheap premade covers, or look on Pixabay where you can get free images for commercial use. Write as much as possible, don’t expect huge success at first, and don’t get disheartened by reviews–you can’t please everyone!

But you can please somebody! J.P. thanks for sharing a taste of the medieval with us today, and I wish you the best of luck refining your craft so you can continue to please more and more readers in the future.

Excited to read the book we discussed today? Find it here on Amazon: ‘A Man Who Would BE King: The Duke of Buckingham and Richard III ( ASIN: B076TR1WMM )‘.