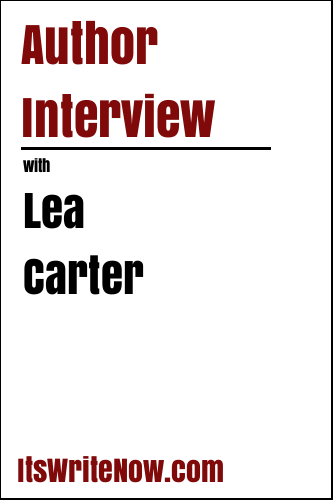 In Silver Majesty, Rebecca suddenly finds herself facing the stunning fact that she’s been chosen to be her tribe’s next queen. The catch is that the Citizen’s Council will decide which of her three hand-picked suitors will become her king!

Will the Citizen’s Council be able to select the right suitor and King for Rebecca, or is she destined to be paired with the wrong man for the rest of her life? Lea Carter has kindly returned to ItsWriteNow.com today, to delve into what awaits Rebecca in the second instalment of the Silver Saga series. But before we catch up with Rebecca’s latest adventure, I’d like to find out what you’ve been up to Lea, since we last chatted at the end of 2017. What’s been going on in your life?

I’ve been working with a cover artist to get two new covers for Silver Majesty and Silver Verity, both of which will be coming out as audiobooks soon. I’m also racing to finish two books for a May 2018 release!

I’ve already seen a sneak peek of the new cover for Silver Majesty, which will be publically available when this promotion is run and I have to congratulate you and the artist on the great work. The new cover suits the series so much more than the last cover, and I’m sure it will entice many new readers who might have been a little wary before. And I know you’ve also created a new website recently as well.

I’ve checked it out too, and I’m going to have to throw some more congratulations your way as I think you’ve done a great job working towards a more solidified author branding strategy across both the book covers and website. Do you feel that these branding changes, has really changed the direction of your author journey since we last chatted in December? Or has there been a greater change in your journey due to something outside of branding?

I’m actually even more grateful for my supportive family members.

Supportive family members make the writing journey so much more rewarding. So, let’s hear a little more about this rewarding journey be dipping into the pages of Silver Majesty. Why did you feel that it was important to write Silver Majesty?

Silver Princess, the first book, doesn’t really…end. I knew I had to write a sequel, and this story just kept taking me by surprise.

We can’t share all of those surprises today because that’s just not fair to the readers, but lets at least meet some of the new characters. I know there are at least a few new faces as the second book looks into finding Rebecca a suitor. What can you share about how some of Rebecca’s romantic prospects came to life?

It’s been a while, but I remember Count Edward was basically a plot device in the first book, a way for the message to get from point a to point b. Hugh was already a big part of her (previously non-existent) romantic life, and Alfred was necessary. I just knew there had to be a third choice, so I decided that there was a male family member who could be king, but that nobody wanted to have as the king. And then I worked with their weaknesses to try to make them stronger, better characters by the end of the book.

Did you use any events from your own life as the inspiration to make these characters stronger?

I did, yes. I have a very supportive family, and the best qualities of her siblings, parents, and friends were drawn from my own dear ones.

As you reflect back to Silver Majesty, what do you remember was the central idea that you really wanted to share with readers in this instalment in the Silver saga series?

Something that stands out to me is how Rebecca decides that she could marry any of her three suitors and have a successful marriage because they would both work hard at it.

That’s a really interesting point, and I think that it stands out because so few other books don’t generally emphasise the work required in a marriage. Rebecca’s story doesn’t end after the marriage in this book, so I was hoping you can share a little bit more about the current status of the Silver Saga with our readers. What are you currently working on?

I’m hurrying to finish Heartwood (book 7) and Deadwood (book 8), which pick up with Prince Isaac of the Wood Fairies’ story. He was gravely injured in Silver Verity (book 3) and it’s bothered me ever since that I didn’t follow-up on it.

When you return to unresolved events like Price Isaccs’ injury, do you feel yourself energised by the prospect of resolving the missing pieces, or does the magnitude of pieces that aren’t resolved just overwhelm you?

If I write for very long, I’m exhausted. If I can’t write at the moment but I have ideas bombarding me, then I get keyed up and excited.

And when you have wrangled the idea bombs into something manageable and are fully in writing mode, what do you generally keep at the top of your mind?

Usually, my mother, because she’s my best in-person litmus test for whether what I’m writing is good enough or not.

Mother’s are great for that! With a little dash of insight from your mother, do you look back over this series and an improved author voice as you’ve continued writing?

I’m still trying to learn to “show, not tell,” but I think I’ve made progress in that area. I’m also working on making my own rules, so to speak. I do a lot of research when writing something that interacts with the world around them. If they need a beast of burden, for example, I was researching ants to try to find out which species is small enough that I could reasonably expect my imaginary fairies to be able to domesticate. :-) Hopefully, I’ll learn to trust my imagination a little more and expand some of the “possibilities” in Fairydom.

*Laughs* You know, I don’t chat with many authors who are researching the size of ants, but I’m very glad to see that you’ve got the details right for your fairies! Lea, I think I’ve kept you away from Fairydom long enough, so I’ll thank you again for dropping around to chat with me today, and I wish you the best of luck with the rest of the Silver Saga!

Want to find out more about Lea Carter? Connect here!