The Blood And The Barley (The Strathavon Saga) 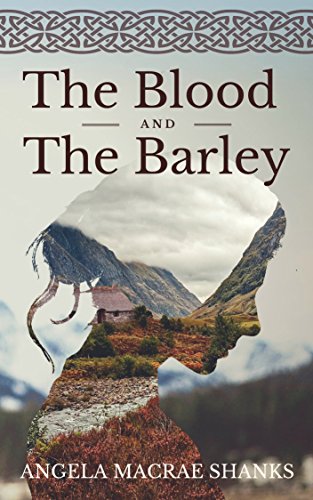 An Evocative Tale of Kinship and Survival. Loyalty and Love.

The North-Eastern Highlands, 1780. The Jacobite cause is lost, and in the aftermath of Culloden, the government seeks to crush the rebellious Highlands. There must be no more risings. In Strathavon, crofters risk their lives smuggling illicit whisky that they may remain on their native land. For here land and kinship mean all.

Fiercely independent, Morven MacRae is the daughter of a notorious smuggler. To be a healer like her neighbour Rowena is her greatest wish. Only Rowena is allegedly a witch. Her life and those of the glen smugglers blighted by a ruthless exciseman. A man possessed – both with the want of her and the fear of her. A man who would have her for his wife or have her turned out of the glen.

Evicted from Strathavon as an infant, Rowena’s kinsman Jamie Innes is driven by honour and an abiding loyalty. And by a desire to belong. When he returns to the glen of his birth, Morven prays he may protect Rowena. And against her better judgement feels drawn to this passionate young Highlander. A man who also claims to hold feelings for her. But can he be trusted?

For this is a mystical land where superstitions still hold sway. Where secrets set them against each other and loyalties are tested. Can Jamie save the last of his kin? Or will he betray his kin, his love, and everything he claims to hold dear?

Rich with historical detail and the lore of the Highlands, The Blood And The Barley is a sensitive love story perfect for fans of the Outlander novels of Diana Gabaldon and the Poldark novels of Winston Graham. A full-blooded tale of raw emotion, prejudice, and injustice.