This book is to encourage individuals to find their talents and gifts. Once they find their gifts, they must cultivate them and then rise up and fulfil the purpose for which they were created for. Too many people are staying in the same position for too long because they are suffering from inferiority complex, bitterness, and anger. They have great ideas but lack the confidence in themselves so that they can get up and proceed to the next level. Some people have not gotten over their past and are waiting for the perfect time. This book has 12 chapters and hopefully will be a motivational tool for you that will transform your life. 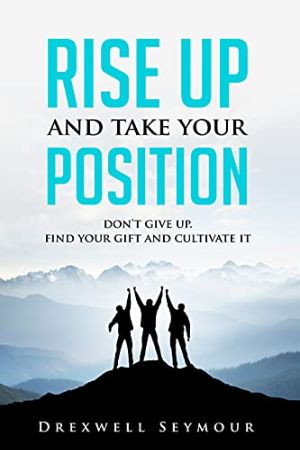 I am 51 years old and am married with 5 children. I am a certified public accountant and have my own business. However, over the past three years, I discovered my love for writing. I write weekly articles and also have a Youtube channel.

I suffered from inferiority complex for many years from when I was a little boy to a an adult. I felt insignificant and inferior to others. I now know that I am important and that no one is better than me and hence I want to write this book to inspire, influence and educate others.

CAN GOOD PEOPLE BE GOOD AT SALES?

There’s a myth in our culture that to get ahead in sales, we have to be sharks—greedy, manipulative, and only out for #1. As business owners and creatives who lead with heart, that fear of appearing “salesy” stresses us out and holds us back. We assume that spending money is painful, and feel guilty to ask our clients for more.

The truth is, today’s trading-up clients are not only willing to spend big, but they secretly want to. And there are more of them in your market than you think.

Take it from someone who’s been in your shoes. Megan has cracked the code on how to attract and serve clients who will pay top dollar. Her LUXE sales system helped her grow from a stay-at-home-mom to a seven-figure earner, and She Sells is her comprehensive playbook. Megan will show you how to evolve your business for the modern economy and lean into your powerful empathy advantage.

Are you ready to become the powerhouse breadwinner you’ve always wanted to be?

Megan DiPiero has been recognized as one of the top influencers in the photography industry. She is an award-winning portrait artist and internationally acclaimed business mentor who helps blooming entrepreneurs create thriving careers. Megan is a frequent platform speaker at the country’s largest photography conventions and has also headlined her own cross-country speaking tour. Megan is raising two creative, independent kids and splits her work hours between her bustling portrait brand, business coaching, and flying to meet her mentor students around the world to celebrate their wins!

Why the F*&% do I need Life Insurance?

It’s a question many people ask. And it’s a product we really don’t want to think about needing because it only pays out when the unthinkable happens. It is a concept that seems macabre and rather morbid, but nothing could be further from the truth.

Life Insurance wasn’t even on JB’s radar for the first thirty-five years of his life.

JB started a family and realized that if something happened to him there wouldn’t be anyone to take care of his wife and kid. That simple concept of love and concern drives the vast majority of life insurance sales.

Join JB on a hilarious, touching, and informative look at life insurance, through a lens only the award-winning mind of JB can provide.

I have spent my life in the study of story from riveting novels to the slam-bang action-packed world of comics to the examination of film history, I have spent a lifetime learning and examining the elements that make a story incredible. This steadfast dedication has led me to writing stories of my own.

I am married and with a son, I have a great love of family. I hope that you enjoy my bestselling books that mash genres from thrillers to science fiction to fantasy!

About the Book:
Zachary Green’s life experiences in the military, firefighting service and as an entrepreneur helped him realize that these careers have a lot in common. They entail risk, struggle, grit and bravery. The idea behind this book revolves around preparing for your crucible – a turning point in your life – which changes your forward trajectory. Challenge and adversity prepare you for your personal crucible. This is the essence of the warrior spirit no matter if you are a Navy SEAL, an entrepreneur or leader in your business or community. Let this book show how your crucible can help you achieve the best of what life has to offer. Grab a copy for yourself today and learn how others used adversity, grit and the warrior’s spirit to shape your future.

About the Author:
Zachary Green’s experiences in the Marine Corps shaped his destiny. His time in the military, then as a firefighter, gave him the resourcefulness, integrity and grit to become a highly successful entrepreneur. Taking risks, trusting himself and never letting go of his dreams drove him to grow his start-up from the trunk of his car to . Zach lives on Hilton Head Island in South Carolina with his wife and son. He was an elected member of the Wyoming(Cincinnati) City Council and was named Entrepreneur of the Year by the Ohio Chamber of Commerce and has testified in front of the US House of Representatives Small Business Committee. Zachary’s entrepreneurial journey has been featured on the front page of Yahoo.com and also covered by CNN, USA Today, CBS and many other major news outlets.

Warrior Entrepreneur Testimonials
“Finally, a warrior-entrepreneur roadmap written for veteran’s or active duty service members soon transitioning. Zach Green makes a vivid and daring case that entrepreneurship be the road more traveled vice less – IF you are daring. Green brings his USMC pedigree and ocean of firefighting experience to the cutting edge with this authoritative, eye-opening and informative read. If you are serious about being your “own boss,” then this is highly recommended for your entrepreneur library short list.”
-Colonel Riccoh Player USMC
Desert Shield/Storm, Iraqi Freedom, Enduring Freedom Combat Veteran
Emmy Award Winning Producer

“In this superb primer for budding entrepreneurs, the author describes his own trials and tribulations, successes and failures, and takes the reader along on the wild ride that is his own entrepreneurial journey. In the end, he came out on top because of his ability to face adversity, never quit, and because he has grit. As a former Marine, firefighter, and award-winning entrepreneur, he’s not afraid to admit to his own fears and describe how they were overcome. An added bonus are the stories of others: Walt Disney, Thomas Edison, Elon Musk, the first female Marine Corps infantryman, and more. Yes, this book is an excellent primer for any wannabe entrepreneur. It will help you recognize that the journey is hard, but not insurmountable. Buy it today and keep it next to you throughout your own entrepreneurial journey.”
Craig Whelden
Major General, U.S. Army (ret)
#1 Best-selling author of LEADERSHIP: The Art of Inspiring People to Be Their Best

“The best teacher in life is adversity. I’ve seen it over and over again mentoring countless startups over the years. The best outcomes are usually found by the companies that have either had the highest hurdles to overcome or the wisdom to know which battles to avoid entirely and find other ways to attack their market. I’ve been fortunate to work with Zach as he’s faced some tough choices over the years – and learn from all of them. Let his entrepreneurial education help guide your journey.”
Tony Alexander
Serial Entrepreneur 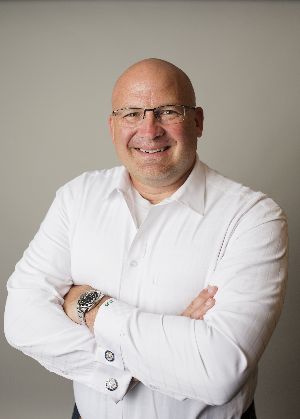 Zachary Green is a graduate of Roger Bacon High School and Bowling Green State University. A U.S. Marine Corps veteran and former lieutenant with his local fire department, Zachary is the founder of MN8 LumAware/Foxfire. MN8 is a global leader in photo-luminescent safety solutions used by over 80,000 firefighters in more than 25 countries. In addition, Zachary has developed a line of safety items ranging from products that help people find their way out of dark stairwells to code approved EXIT signs that never need batteries, lightbulbs, electricity or testing. These products save over 7 million pounds of carbon dioxide emissions, 30,000 batteries and 60,000 lightbulbs per year. Zachary launched the ClearGuard line of COVID protective products in early 2020 which has become The HomeDepots largest supplier of COVID protective barriers. Zachary is now a Co-Founder with Velontra, a hypersonic unmanned aerial system company that works with the US Department of Defense and also has a division for LEO (Low Earth Orbit) access for space transportation.

Zachary received the President of the United Sates “E” award in Washington DC from President Trump for exporting and has been honored as Exporter of the Year by the Ohio Small Business Administration. Zachary was featured in Entrepreneur Magazine, the front page of Yahoo.com, MSN.com and in USA Today along with numerous other local and national media outlets. Zachary has testified in front of the US House of Representative Small Business committee and was named Entrepreneur of the year by Governor John Kasich. Zachary was also selected by the Obama White House as one of 10 entrepreneurs to represent the United States at the Global Entrepreneur Summit. Zachary Green lives in Hilton Head Island, SC and was formerly a City Councilman in Wyoming (Cincinnati), Ohio.

Do you give yourself and your team the freedom to experiment?

Most leaders are so fixated on getting results that they ignore the process required to get there and the tools available to support their journey. But the truth of the matter is that getting results is a game of progress, not perfection.

And the only way for you and your team to make meaningful progress is if you have the freedom to experiment.

The best leaders are the ones that encourage their teams to courageously experiment, to thoughtfully exercise discipline, to consciously reflect on lessons learned, and to efficiently adapt to changing conditions. In Freedom to Experiment, Jim shares valuable tools and techniques to teach you to get the results you desire, effectively lead yourself and others, and become the leader others want to follow. In the process, you will ignite a new level of energy, focus, and momentum in yourself and your team.

How do you go about starting a company?

What are the traits of a successful entrepreneur?

Should I seek funding before I go to market?

What if I fail? Will I have a career?

These, and many other questions haunt a first time entrepreneur, when she looks at the option of starting something on her own. The typical advice of having a concrete idea, going with a Big Bang approach, procuring Venture Capital funding, scares the young entrepreneur even more.

Reclaim Your Inner Entrepreneur tries to provide a logical path to starting your own company while destroying many of the myths that go with the act of entrepreneurship. It tries to argue the merits of starting small, focusing on your means, building your network, and not going Big Bang. It distills the experiences of many seasoned entrepreneurs in a very informal discourse that is easy to digest.

A must read if you are thinking of starting a company.

Atul is an investor, entrepreneur, mentor and writer based out of Bangalore. He started an independent career after working for 25 years with many companies in many areas. He has been in sales, marketing, finance, operations, technology and general management in startups and large companies. Two of the startups where he was a part of the management team, were sold at multimillion dollar valuations and are a part of HP and JDA.
Website : http://www.atulyadav.in