Condemned as heretics by the Catholic Church, the 13th-century Cathars are persecuted, tortured, and finally burned alive at Montségur. But according to legend they hide their riches and relic beyond the castle walls on the eve of their demise.
In the 1930s, Otto Rahn dedicates his life to recovering the long forgotten relic, and coerced by Himmler joins the SS to find the ‘Holy Grail’ for the Nazis. Exposed as both Jewish and homosexual, Rahn commits suicide. But not before he entrusts his notes to his niece. Notes that have never been found.
Seeking a challenge after retiring early, businessman Steve Jackson embarks on a modern-day search for the fabled Cathar cache. With French girlfriend, Manon Lubin, they locate Rahn’s abandoned clues in the Black Forest. The notes become a key to locating a religious discovery even greater than the Dead Sea Scrolls, and unleash a 750-year old time-capsule of revenge that threatens to shake the Church of Rome to its foundations.
The massacre of the Cathars and the true story of Otto Rahn are interweaved and then continued with the fictional search for the treasure and relic. Rich in historical detail, this fascinating and absorbing story, set in France and London, climaxes with a thought-provoking and controversial conclusion that brings The Heretics’ Revenge.

After reading about the treasure of Montsegur it was apparent that no one had written a complete account of events, and more particularly no one had imagined whether the treasure and relic could be located today. Even more importantly just what might that turn out to be? I was intrigued enough to make several research trips to Montsegur, Berlin, and other places. The result is a story with a mix of robust history and a very plausible religion-changing discovery.
Born in London, I am a retired design engineer and live in the old gold-mining town of Arrowtown, New Zealand

PRANKS. OIL. PROTEST. JOKES BETWEEN NEWLYWEDS. AND ONE HILARIOUS SIEGE OF A MAJOR CORPORATION.

Remmy grows up with Beth in Bellhammer, Illinois as oil and coal companies rob the land of everything that made it paradise. Under his Grandad, he learns how to properly prank his neighbors, friends, and foes. Beth tries to fix Remmy by taking him to church. Under his Daddy, Remmy starts the Bell Hammer Construction Company, which depends on contracts from Texarco Oil. And Beth argues with him about how to build a better business. Together, Remmy and Beth start to build a great neighborhood of “merry men” carpenters: a paradise of s’mores, porch furniture, newborn babies, and summer trips to Branson where their boys pop the tops of off the neighborhood’s two hundred soda bottles. Their witty banter builds a kind of castle among a growing nostalgia.

Then one of Jim Johnstone’s faulty Texarco oil derricks falls down on their house and poisons their neighborhood’s well.

“We need the world’s greatest prank. One grand glorious jest that’ll bloody the nose of that tyrant. Besides, pranks and jokes don’t got no consequences, right?”

“Schaubert recounts a mischievous man’s eight decades in Illinois’s Little Egypt region in his picaresque debut. Remmy’s life of constant schemes and pranks and a lifelong feud with classmate Jim Johnstone and the local oil drilling company proves consequential. This is a hoot.”

“BELL HAMMERS is written in a style not unworthy of John Kennedy Toole and William Faulkner – the vivid characterization of Southern ethnography commingled with stark, episodic spectacle breathes with the spirit of quintessential Americana. It is a text I would happily assign in an American Novel class and would expect it to yield satisfying discourse alongside works in the canon, whether beside the sardonic prose of Mark Twain or the energetically painful narratives of Toni Morrison.”

“Schaubert’s words have an immediacy, a potency, an intimacy that grab the reader by the collar and say, ‘Listen, this is important!’ Probing the bones and gristle of humanity, Lancelot’s subjects challenge, but also offer insights into redemption if only we will stop and pay attention.”

“Myth, regret, the lore of our heritage and the subtle displays of our castes — no one so accurately and imaginatively captures the joys and sorrows of life in the Midwest as Schaubert does here. BELL HAMMERS is a Tree Grows in Brooklyn as told by Gabriel Garcia Marquez if Marquez lived in rural Illinois and only told stories to his grandkids. Seriously a delight to read.”

“Loved BELL HAMMERS because Lancelot wrote about people who don’t get written about enough and he did it with humor, compassion, and heart.”

— Brian Slatterly, author of Lost Everything and editor of The New Haven Review

“I’m such a fan of Lancelot Schaubert’s work. His unique view and his life-wisdom enriches all he does. We’re lucky to count him among our contributors.”

— Therese Walsh, author of The Moon Sisters and Editorial Director of Writer Unboxed 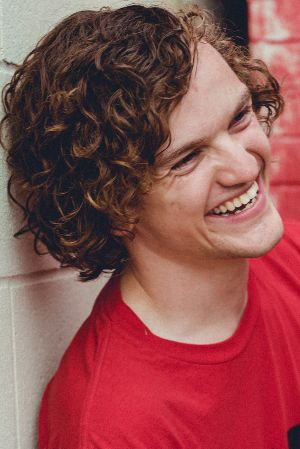 Spark + Echo chose him for their 2019 artist in residency, commissioning him to write four short stories.

He has published work in anthologies like Author in Progress, Harry Potter for Nerds, and Of Gods and Globes — the last of which he edited and featured stories by Juliet Marillier (whose story was nominated for an Aurealis award), Anne Greenwood Brown, Dr. Anthony Cirilla, LJ Cohen, FC Shultz, and Emily Munro. His work Cold Brewed reinvented the photonovel for the digital age and caught the attention of the Missouri Tourism Board who commissioned him to write and direct a second photonovel, The Joplin Undercurrent, in partnership with award-winning photographer, Mark Neuenschwander.

He remains a committed husband to the grooviest girl on earth and is a public advocate for more free range trees. You know, Ents.

What’s an heiress’ to do when her fiancé dies suddenly? Ask her aunt, who is the premier matchmaker in all of the West, to discreetly match her with a new suitor. What could go wrong?

Edwin Clarke is aimless. A fault his father insists can be corrected by way of a wife of substance, financial that is. Ed stands to inherit the family ranch, and the thousands of acres that comes with it. The problem is, the family’s money has been depleted by his mother’s outrageous spending habits. A rich heiress can solve all their problems, but how does he go about finding one?

Julia Bennett’s life is perfect, enjoying the spoils of being the darling of the upper crust of society. She’s an heiress with a handsome fiancé, set to marry within weeks. When tragedy strikes, however, her future crumbles around her, forcing Julia to make new plans. With her father’s imminent death looming, Julia must find a new man to marry in order to inherit. She is forced to turn to her aunt, a seasoned matchmaker.

Can Ed find his way to be the man Julia needs? Can Julia find her way to open her heart after her loss? And will the two of them agree to marry before the clock runs out for both of them?

*****
These standalone stories are sweet, clean romances designed to whisk you away. We believe in building a world that begins at the very core of what makes romance stories work – faith, hope, and love.

Come join us in the border towns of the Old West, where cowboys, lawmen, and small town workers not only end up with brides, but their perfect partner, too!

*This book was previously part of the Match Made in Heaven Series and has been edited to move it from a Victorian era to an Old West setting. The characters and plot have remained the same.