Lizbeth Shannon must escape Skid Row and stall her descent into madness.

But not before severing the trauma bonds shackling her to an early grave.

In the fall of 2005, devils chased Liz Shannon across nightmarish acres and deep into the bowels of hell. Not actual devils, only personal demons. And hell meant the seediest underbelly of L.A., where she walked among clever predators and outright ghouls. Discarded and homeless after her girlfriend, Dell—a hospice nurse—finally grew a spine and tossed the “energy vampire” out the door and smack into the jaws of the street wolves.

But Lizbeth isn’t really a vampire. Forget the pale skin, sharp bite, and a life spent roaming through the gloaming hours. Depraved conditions fell upon her early, as they do to many who end up deformed by circumstance.

And yet, an inexplicable bond remains between the two women—an otherworldly connection—a cord that cannot be severed, no matter the fraying threads. Still, Dell can’t root through the ugly places or prevent her love from hitting bottom.

Only Liz can battle the fiends and avoid the abyss.

First, she must dig her inner child from the ruins. But the weight of history hovers, like the sword of Damocles, eager to generate more debris—and crush them both to smithereens.

***This book, previously published as Dig Up Through Within, deals with mature themes of trauma and abuse. 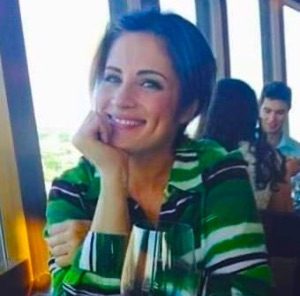 Katherine Carlson loves to write about the perpetual chase. About outrunning and outwitting the demons, always closing the gap and ready to strike. She loves to hide her characters in gnarly trees and plunk them into hostile mazes. She remains obsessed with the transformative journey of survivors—lost in the woods or lost to addictions.

A laugh-out-loud queer rom-com like no other! After a disastrous and publicly humiliating rejection at a cosplay convention, naive yet hopeful romantic Paula Suarez is left with another crushing failure in her quest for love – and her dream of becoming a costume designer. But when she stumbles upon feisty mixed-race journalist Nita Funmaker, a friendship blossoms which may soon grow into something much more. Embroiled in a bitter divorce and immersed in pursuing her latest scoop, Nita isn’t sure if she’s ready for another try at love. But with her father’s paper on the ropes and her ex still hounding her, maybe a bit of fun and relaxation is exactly what she needs. Drawn together by a series of increasingly amusing and absurd events – from Paula joining an underground drag wrestling show to Nita’s secret passion for ice skating – Paula and Nita must navigate their increasingly tumultuous emotions, help each other face their deepest fears, and maybe even find true love along the way. As a fun and light queer romantic comedy with a dash of banter, a few spicy scenes, and plenty of laugh-out-loud hilarity, Pivot is a delightful and emotional read that’s perfect for fans of authors including Casey McQuiston and Karelia Stetz-Waters.

Anna Pulley is a queer, multiracial (white/Native American/Latinx), and deaf/hard of hearing author. She wrote The Lesbian Sex Haiku Book (with Cats!), (Flatiron, 2016), which Tegan and Sara said was “an adorable and hilarious way to start the day,” Cheryl Strayed called a “must-read,” and actress Jennifer Tilly said was “thoroughly charming.” She writes a weekly sex and dating advice column for The Chicago Tribune and has been published in New York magazine, Mother Jones, The Washington Post, San Francisco magazine (the issue she contributed to won a National Magazine Award), Vice, Salon, BuzzFeed, and many others. She was also named a Top LGBTQ Writer on Medium. Her writing has been excerpted/quoted in Esther Perel’s book, The State of Affairs. She’s been a repeat guest on Dan Savage’s podcast, Savage Love, on Daniel Lavery’s “Dear Prudence” podcast, and on the 99% Invisible podcast (waxing on, of all things, flannel). When she’s not writing, you’ll find her editing cookbooks, reading feelings poetry, or trapped under a cat, probably.
Website : https://annapulley.com

This quick-read handbook focuses on LGBTQ equality by providing instructions for parents to teach kids how to be an LGBTQ+ ally. You’ll find step-by-step guidance for:

Note: DEI is NOT going away – it’s time to prepare children for their future. 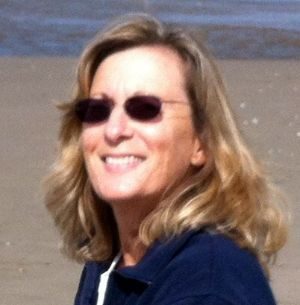 Raising two children in a 1990s same-sex family (way before modern “acceptance”), gave Trish a unique perspective on the importance of teaching kids that EVERYONE deserves kindness and respect.

She combined her experience as a parent of two grown equality-enlightened kids, her career as a technical/procedural writer, hundreds of hours of child psychology research, a degree in English from U.C. Berkeley, and a long-ignored passion to write something meaningful — into a collection of social-justice parenting handbooks.

2244. The all-female society of Arkite is on the brink of revolution. Supreme leader Elise Jackson has spent the last two years trying to repair her lover’s damaged body and mind, but the Savant Council has no interest in squandering the city’s resources for Elise’s personal gain. Only the return of the Mother Savant can hope to maintain order.

A.L. Hawke is the author of the internationally bestselling Hawthorne University Witch series. The author lives in Southern California torching the midnight candle over lovers against a backdrop of machines, nymphs, magic, spice and mayhem. A.L. Hawke writes fantasy and romance spanning four thousand years, from pre-civilization to contemporary and beyond.
Website : https://www.alhawke.com
A dystopian contemporary fantasy mystery where a feared magical assassin meets a socially outcasted mortal noble boy. To win the Survival Game, participants must survive for two years in an area known as the Dark Zone, where the forever elusive monsters come out after dark. Levi once thought that the scariest thing were the monsters, but it turned out that human nature was worse. He is drawn to the mysterious participants called Graphique, around whom he feels the most free. A light of hope in the two years of hell, not made hell by the fact that he’s in the games, but by those around him. An urge for freedom of expression will have its consequences. How will he choose? How will everyone else choose? Teenagers will be teenagers. But what will be the consequences of their actions?

NineRings is bilingual Australian Chinese non-binary author who sees the world through very different lens as a result of their upbringing. Aside from writing, they are a cellist, flutist and artist, stubbornly choosing to create the covers of their novel as ‘it holds a personal connection’. The story of the universe known as the Nine Rings, developed over many years of spacing out in class and at work, extends across all of their novels under the same pen name regardless of the original language of publishing.
Website : http://ninerings.mailchimpsites.com
The infamous Glenda Mesh will not be a monster any more, even if it kills her. Together with her ex-rival, Enkidu, she will take on a hero’s quest to save herself, her legacy, and her city.

Christopher Fryer is a teacher and busy father living with his wife in California.
Website : http://www.christopherfryer.com
A young prince meets a mysterious yet charming stranger who helps him fend off an invasion from a neighbouring country.

NineRings is bilingual Australian Chinese non-binary author who sees the world through very different lens as a result of their upbringing. Aside from writing, they are a cellist, flutist and artist, stubbornly choosing to create the covers of their novel as ‘it holds a personal connection’. The story of the universe known as the Nine Rings, developed over many years of spacing out in class and at work, extends across all of their novels under the same pen name regardless of the original language of publishing.
Website : http://ninerings.mailchimpsites.com
Could the darkness be coming back and is the old magic still alive? Ellen Knight wants to get over the loss of her ex-girlfriend and seeks comfort in the Gods. She prays to them for strength and they give her the biggest challenge of her liftetime. In the city of Selan, a mysterious disease is spreading, and the military has locked people into their apartments. After Ellen and her neighbor Greg find out people are turning into zombies, they flee for their lives to the mysterious north. The place where the only thing colder than the climate is the people. Ellen enters a new world in the old nation and soon she realizes the stories she has been told as a young girl might actually be real. The Gods have never really been on her side and now she starts to learn why. The Shade of Night is a fast-paced novel with magic, zombies, addiction and a touch of LGBTQ romance. This is the first book in The Fantasy Zombie Apocalypse Trilogy.

Aster Marsh is a queer speculative fiction author who loves to write stories about complex themes and characters.
Website : https://astermarsh.mailerpage.com/
Welcome to the dystopian future of mass entertainment in 2084, where the Jerry Springer Show is the inspiration for a counselling show with a difference: Counselor and Client competing to win, against each other. Katy was fine with crocheting and needlepoint, but her past involved stitching of human parts. Katy is a sassy big bold black woman struggling with weight all her life, from size 6 to size 18, and this new TV show, “What’s your Problem?” promises a solution to anyone’s problems in 60 mins of counselling to ‘guess the secret of your past’. If she wins, she gets her dream aquarium bathtub. If she loses, ‘the forfeit is designed for maximum personal humiliation’. Enter Captain Stanislav Boglosovic from stage-left, a thin elderly former ‘translator’ wanted for war crimes, struggling in retirement in Brazil. If he wins, he gets his pension; If he loses, he calculates Prison, but he’s never lost; whatever it takes to win, there are no limits. But who will win? And is the prize worth the effort for one, and the forfeit for the other? Let the tournament commence, and all our hopes and fears begin.

I was inspired to write the dystopian future ‘What’s your problem?’ series by trying to imagine the horror of what ‘The Jerry Springer Show’ would be like in 2084?
Website : http://www.maxwellwinshire.com
A bloodthirsty demon couples to a budding sociopath. They learn they share an addiction to spilling blood. What could go wrong? Shasha Harrings is tasked with leading a federal paranormal crimes unit. With paranormal activity on the rise around the country, her team is charged with stopping the violence. Coming from different federal agencies, each of the four members brings a unique gift with them. As the murder spree moves west, will our team be able to identify the culprits and stop the murders from spreading through the whole country? The Coupling is book 1 in the Shasha’s Team paranormal horror series. If you like fast paced action, page turning stories of the paranormal, powerful demons and soulless murderers, you will love this first installment of M.J. Fitzmaurice’s “hard to put down” series. Buy The Coupling to read Shasha’s first investigation today.

Born in New Hampshire, teen years spent in Alaska, went to college in Spokane WA, and raised a family in Lodi CA. MJ has done a variety of jobs and lived in a variety of places. The constants have always been family, forests, and fiction. Contact MJ at website www.mjfitzmaurice.com or email [email protected]
Website : https://www.mjfitzmaurice.com/#/