The spirit of the holidays shines bright on all the special ornaments on the tree.

Willie Bear, an imperfect ornament sits in a box, wishing that he too can experience the magic

An Inspirational Christmas classic endorsed by a Hollywood Legend.

is sadly neglected, then mended, placed high on the Christmas tree and 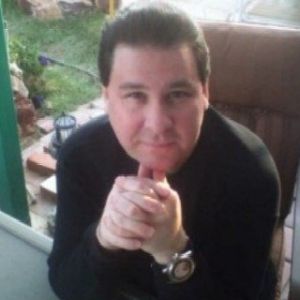 As a visionary storyteller and animal activist, Erik Daniel Shein blends his talent for children’s and young adult writing with a passion for CGI animation and animal health and well-being. He has authored and co-written more than 30 novels and feature films, including the animated fantasy adventure tale, The Legend of The Secret Pass (Lions Gate Entertainment, 2019), which first began as a co-written novel by Erik and fellow author, Melissa Davis. In addition to his writing, Erik is the founder and CEO of Shein Partnership LLC; a revered leader in the entertainment and publishing domains; and a producer, voice actor, and trained herpetologist.

She’s a vampire. She’s a witch. And she’s heartless… literally.

Mercy died twice. Once when she became a vampire. Again, when her own father had her heart cut out of her chest. But Mercy’s guide in the Craft had other ideas. The essence of her heart, now bound to her brother’s soul, revived the vampire witch. But the Order of the Morning Dawn will stop at nothing to eliminate her. An organization devoted to two tasks-burning witches and vanquishing vampires-will literally go to hell and back in an effort to liberate Mercy’s brother’s soul and end Mercy’s vampiric life. If Mercy wants to live she must go to hell herself and capture her brother’s soul before the Order can get to him. Will Mercy survive, or will the Order finally eliminate one of the most notorious vampires in existence?

Bloody Hell is the first book in Theophilus Monroe’s Legacy of a Vampire Witch series. These vampires don’t sparkle. If Anne Rice’s Vampire Chronicles ever met the Mayfair witches you might end up with a character like Monroe’s Mercy Brown. She is a ruthless, badass, snarky anti-hero straight out of your worst nightmares. But you will want to root for her nonetheless! Bloody Hell will take you from the time she was turned in the 1890s through the present day. Readers of Monroe’s Voodoo Legacy will get a glimpse of her role in that series-from her own perspective-while being taken on a new action packed adventure and dark urban fantasy story that is wholly Mercy’s own.

Upcoming releases in this series (all launching in October/November, 2020):

Note: The next novel in the series, The Shape of Darkness (Heavy Lies the Crown), is now available for pre-order!
Caution the evil seated on the East throne.
Caution the wraiths who hunt the shadows alone.
Caution the darkness that crosses your sight.
For you, my Queen, are the fearless starlight.

On any normal evening, Amala Ashcroft, Queen of the Shadow People, would feel honored by a God’s presence. But Fate, one of the four Divine Gods, does not visit for pleasantries. He visits to save his realm, his creations, and his legacy.

Amala has no choice. She can feel the darkness rising in the realm and knows her people will be the first to fall. To save her kingdom, she allows Fate to bless her unborn daughter with unimaginable magical gifts.

She can only hope that someday, her daughter will be the true sword who cleaves the darkness.

? ? ? ? ? “An intricate world that is so intriguing you won’t be able to stop reading once you start. A perfect beginning to an exciting new series.” – K.A. Fox, USA TODAY Bestselling Author of The Devil’s Own & Judas Kiss

? ? ? ? ? “A worthy prequel to a truly epic saga.” – Martin Wilsey, Author of Bestselling SOLSTICE 31 SAGA
From bestselling and award-winning author D. Fischer, arrives the highly anticipated Heavy Lies the Crown, a series for fans of Throne of Glass, The Red Queen, and The Cruel Prince. The Woe of Shadows is the prequel of Heavy Lies the Crown, all based in the world of D. Fischer’s Divinus Kingdom. Divinus Kingdom is interconnecting novels that branch from one series to the next.

“A strong literary fantasy novel about race, family, and time-traveling.” — IndependentBookReview.com
On the morning of her wedding in 1859, West African clan princess Amara wakes to find she is blessed — or cursed — with the power of prophecy. In her visions, she sees the slaver Van Owen, who will soon arrive on her shores. Her father will challenge the invaders, wielding magic against rifles and whips, and setting in motion Amara’s bid for freedom — a quest that will extend for five generations. But no wait is too long, for Amara can see far into the future, and Van Owen is immortal.

From the past, Amara can only watch as Van Owen hunts her descendants in modern day Harlem — Terry, 15, the target of a school bully; Regina, 11, who stopped speaking years ago; Jerome, 17, who seems so well-adjusted; and Warren, 26, a down-on-his-luck drifter. But Amara knows what they all have in common: a power they have not yet fully discovered, a power they inherited from her. What she doesn’t know is how she can help them in their battle against Van Owen. After all, in their time, Amara has been dead for 70 years!

Not if you want to maintain your protected status as an ignorant human.

The truth wouldn’t make any sense, anyways. It would just melt your brain, cause you to involuntarily assume the fetal position (and mumble things about butterflies and rainbows), turn you into a depressed and colorful pile of goo, and make you wish you were a dung beetle.

You’ll definitely be happier with your current idea of what’s real, and no one likes to be a pile of goo, no matter the color. Believe me, I’ve asked several former-humans-now-piles of goo.

Hopefully this is enough to dissuade you from reading further. Actually, I would wager three nacho-flavored jackalopes that you’ll stop reading this book description right now.

If you’re still reading this, I have one question for you?

You should have moved on to another book already. Haven’t I been clear? Turn back now, while you still have a choice. Once you read this book, and you find out the truth about …

… they will hunt you and they will find you. You won’t even know you’ve been ensnared by their magic.

You will never be the same.

5 years after his father disappeared, James was still puzzled. The authorities had pronounced his father dead months after he’d vanished, but James knew he was still alive, he could feel it in his bones. It’s just that no one believes a 13-year-old.

Then, someone turned up …

… someone James had forgotten.

He was the only person around when James’ dad vanished, and the guy doesn’t want to have anything to do with James. But there’s more.

Weird things happen around the man.

Will James figure out what happened to his father? Or will he end up suffering the same fate?

If you purchase this book to find out it may be the last sane thing you ever do.

But don’t say you haven’t been warned.