Will the American and Iranian Air Force TOP GUNS meet in aerial combat?

An orphaned teenager stands before three graves and in despair and desperation enters the United States Air Force as a driver. Inspired by the pilots he ferries to their planes; Harry rises in the Air Force to become a TOP GUN fighter pilot.

While flying his F-15 Eagle a Combat Air Patrol show of force mission over the border of Iran and Iraq, Harry’s wing man is shot down by Iranian Captain Zandi (also known as Mar) using an Top Secret experimental missile.

In the ensuing air battle, Harry displays amazing airmanship but loses consciousness, endures a life threating situation, and undergoes a near death experience. After the mission, the Air Force grounds Harry.

While he waits for the results of his medical evaluations, the Air Force assigns Harry to the Air Force Office of Special Investigations to help with administration. He soon discovers he has a natural investigative ability, but this does not keep him  from  falling into a pit of despair.

Faced with a fate of losing his flying career, Harry falls victim to the emotional lows, self-doubt, and anger.  He relieves his frustrations and feelings of abandonment and loneliness with alcohol and an assortment of women.

Can Harry overcome his despair?

Will his love for Katie, a computer geek he meets on a case, help him overcome his despair?

But two burning questions override all.

Will he ever fly again?

Will he ever meet Mar in aerial combat to avenge the loss of his wing man?

And, if he does, will he finally find REDEMPTION?

Ed Benjamin writes action and adventure, inspirational, and alternative history books and stories.
He and his wife live in the Texas hill country.

Fall in love with this revolutionary romance story of a couple beginning their love story with significant life changes. It’s a beautiful piece of inspiration showing how they worked through the troubles to remain together.

Ivan gets an incredible job offer that forces him to move to the Czech Republic. Driven by the desire to move with the love of his life, Katya, he makes her aware of his new opportunity. Katya is delighted by the idea and is willing to move with Ivan.

Nadia, Ivan’s sister and mother help with the wedding preparations. Despite the challenges they face, they successfully manage to get things done. Ivan experiences a hard time trying to get the relevant documentation for Katya to move with him. After a series of unsuccessful trials, they are faced with major life decisions.

Interesting story of love and perseverance. The author depicts the struggles experienced and the strategies employed to keep the love alive. “I love my wife” is a perfect read for any Twilight fan.

Fun read that captures your attention from the first page to the last. Makes you want to keep turning the pages, and find out what happens next. You simply can’t get enough of this love story. 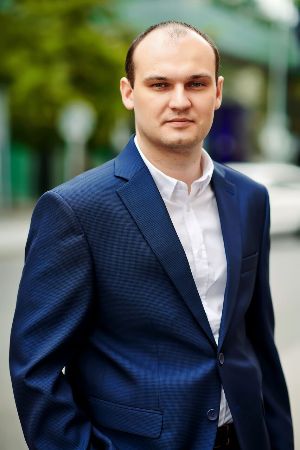 Forever Dreamer is a life-long poet who gleans inspiration from his most improbable dreams. Crafting heartfelt prose since he was 16, this Kazakhstan native set forth on a journey towards realizing his aspiration of writing his own book.
Now based in the Czech Republic, Forever Dreamer spent almost three-and-a-half years to write his masterpiece – on and off – and prepare it for publication. Yet, not once did he doubt its eventual fruition.
“I Love My Wife”, his first opus, is not just a book. It is his heart, his soul, and a great part of his entire being. For her to be born, he had to sacrifice a lot of things — time for work, time with friends, time for himself. And he never faltered. The road he took on to fulfill this dream is a long one, but nonetheless deeply fulfilling.
Much like many other poets, Forever Dreamer likes to embrace the sublime in simplicity. When he’s not writing, he spends his time unwinding and playing football — his favorite sport.
Grab a copy of “I Love My Wife” today and enjoy as Forever Dreamer’s raw emotions, personal experiences, and secret daydreams jump out of every page.


What if you had to live in fear?

What if one encounter with the wrong stranger could result in your body being made into a nice, fuzzy pair of transforming moccasins? And what if you had an incurable medical condition, that caused you unbearable pain every time you tried to change forms? My name is Chase, I’m a 16-year-old shapeshifter, and that would be my life. Well, minus the inconsistent homes, abusive adults, and friends that share (some) of my same circumstances. This is the story of how we ran away, how I ended up where I am, and everyone who’s to blame. 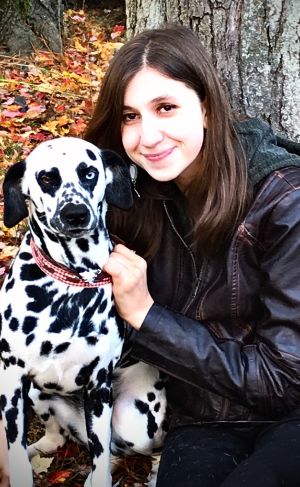 Tessa Charleigh currently resides in Indianapolis Indiana. She grew up in her mother’s exotic veterinary clinic, gaining her some unique life experiences and knowledge that she likes to integrate into her novels.

Her In Case We’re Made into Coats series, was inspired by the desire to humanize shapeshifters as a species. “there’s no way they would go through such drastic physical changes, without some mental and emotional repercussions.”

Not if you want to maintain your protected status as an ignorant human.

The truth wouldn’t make any sense, anyways. It would just melt your brain, cause you to involuntarily assume the fetal position (and mumble things about butterflies and rainbows), turn you into a depressed and colorful pile of goo, and make you wish you were a dung beetle.

You’ll definitely be happier with your current idea of what’s real, and no one likes to be a pile of goo, no matter the color. Believe me, I’ve asked several former-humans-now-piles of goo.

Hopefully this is enough to dissuade you from reading further. Actually, I would wager three nacho-flavored jackalopes that you’ll stop reading this book description right now.

If you’re still reading this, I have one question for you?

You should have moved on to another book already. Haven’t I been clear? Turn back now, while you still have a choice. Once you read this book, and you find out the truth about …

… they will hunt you and they will find you. You won’t even know you’ve been ensnared by their magic.

You will never be the same.

5 years after his father disappeared, James was still puzzled. The authorities had pronounced his father dead months after he’d vanished, but James knew he was still alive, he could feel it in his bones. It’s just that no one believes a 13-year-old.

Then, someone turned up …

… someone James had forgotten.

He was the only person around when James’ dad vanished, and the guy doesn’t want to have anything to do with James. But there’s more.

Weird things happen around the man.

Will James figure out what happened to his father? Or will he end up suffering the same fate?

If you purchase this book to find out it may be the last sane thing you ever do.

But don’t say you haven’t been warned.

‘In many years of writing book reviews, I have only on half a dozen occasions given a novel 5 Stars. To give 5 stars, I have always believed the book should be unbeatable in its subject. Blackout is one of these’

‘Yet again Tom Barber has written a brilliant thriller centered around Sam Archer; this is the third in the series that I’ve read & I think the best so far’

‘Just brilliant, and to find a new thriller writer that I love is very exciting’

‘Having now discovered Tom Barber I am really hooked on his Sam Archer novels. They are the best books I have read for a long time’

‘This makes the third book in the Sam Archer series that I’ve now read and
the third is as brilliant as the first. Great twists and turns, unexpected
outcomes to situations and generally an amazing novel’

But unbeknownst to him, a storm is coming.

Three men have already been killed that morning. One committed suicide by the River Thames. Another was strangled in his car in Washington D.C. And the third was shot in the face in his high-rise New York apartment as he slept. The deaths seem random, thousands of miles apart. But they are all connected. By a shocking event fifteen years ago.

And this is only the beginning.

Archer, Chalky and the rest of the Unit suddenly find themselves plunged into a ferocious and violent confrontation, fighting for their lives. The enemy they are up against are brutal, highly trained, well-armed and anonymous. No one knows where they have come from. No one seems to know who they are.

But they have a vendetta. They will never forgive or forget, or show mercy.

And for some reason, they’re hell-bent on killing ten specific people before the end of the day.

As the Unit tries to find out who these killers are and locate the remaining targets so they can protect them, it becomes a race against time to see who can get there first. As the counter-terrorist unit and the vengeful enemy come up against each other all over the city, Archer and the team soon realise two things.

This enemy is more proficient and deadly than any they’ve ever encountered.

And one of their own ARU men is on the extermination list.