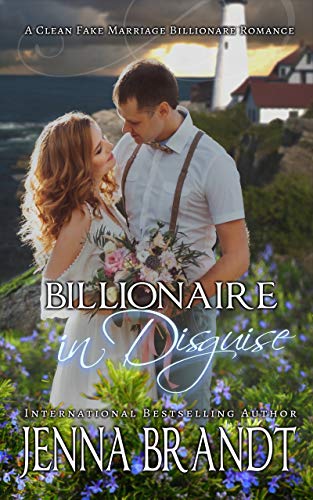 A billionaire playboy banished to an island, a local girl trying to save her family’s legacy. What happens when their worlds collide resulting in a fake marriage?

Ethan Winthrop has drifted through life, his billionaire trust fund making it easy for him to party his life away. But when his troublemaking girlfriend ends up causing a scandal unlike any Boston has ever seen, his father banishes him to an island of the coast of Maine to hide out while he cleans up the mess.

After the death of her parents, Nicole Hutton’s goal has been to save the local Angel Island Lighthouse where both her grandparents and father lived. She hopes to keep it safe until one day she can be married there too, but when a sneaky developer tries to steal the property for a resort, Nicole has to find the money quickly. What she never expects was Ethan Winthrop to be the answer to her dilemma.

When they realize attraction simmers just below the surface, will they let it turn into something more? And what happens when the press and his ex find out where Ethan’s hiding? Can they find a way to make their fake marriage real despite all the obstacles?

One look is all it takes for her to become his dark obsession.

When I see her, there is no doubt in my mind. I want her. Innocent eyes and a wildness in her that hasn’t been unleashed. I’m going to be the one to release it. To take her body to new heights of desire until I’m imprinted on it. Until she knows she belongs to me.

He’s dark and magnetic. I can’t help but fall into his orbit.

Without even touching me, he makes my body feels things no man has ever made me experience. I’m falling into a tunnel of lust and submission. He does things to me that feel too good to be wrong. So why does it feel like I’m being pulled into his sweet darkness?

This steamy short story is the first of the His Dark Desires trilogy. It has a sexy Alpha dominant male and the fun-loving college girl he has all intentions of making his. If this sounds like your kind of high-heat short, dive right in.