Dancing was her life. Until a paralyzing virus threatened to shatter her dreams.

Forever on Pointe: A True Story is the fascinating account of one woman’s ever-evolving journey from the intense world of professional ballet to the bloody streets of the Hungarian Revolution to the glittering nightclubs of Montreal. In this intimate and revealing memoir, Agota Gabor shares how grit and determination allowed her to attain her wildest dreams.

As a young girl, Agota intends to become a professional ballerina in Budapest, but her dream is shattered when she contracts polio. Through gruesome therapy and iron willpower, she learns to dance again, making a living as a dancer in Canada after her home country erupts in the Hungarian Revolution of 1956.

Agota forges ahead to achieve a prosperous and dynamic life, working as a chorus girl in Montreal casinos and nightclubs. But she wants more than just the glitz and glam. After going back to school, Agota becomes a television journalist and works with her foreign-correspondent husband as they live the expat life, traveling across the world from Hong Kong to Jakarta to London. Agota’s roller-coaster life continues as a mother and a businesswoman, as she runs a successful communications firm and makes a killing in real estate. 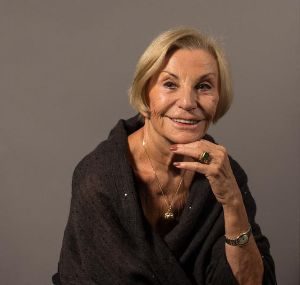 Agota Gabor grew up in Budapest, Hungary and attended the Ballet School of The Hungarian State Opera House. After fleeing Budapest with her mother during the Hungarian Revolution, Agota settled in Canada where she became a dancer in Montreal. During the 1960s and 70s, Agota worked in television production, eventually going back to school to receive a degree in journalism from Ryerson University. After travelling the world as a freelance reporter and becoming a mother, she founded The Gabor Group, a media company specializing in public awareness campaigns, digital communication, and video production. In 2020 she wrote a handbook on communications and media interviews. Forever on Pointe is her debut memoir. Agota lives in Toronto.

Life always told me with its actions “grow up”, but I still remain as a little boy, same naive and dreamy. Although everyone says that everything is changing about me, chaos is happening inside and they also say that I am closed, trying to hide my secrets. Probably, in that case I am very similar to you. What if my story is the history of humanity? At first, I did not know my origin and how I was born just like humans. And we stuffed our heads that this is some kind of miracle. I do not know who will repeat fate after whom, but they are repeated. It seems to me that I stayed in the same train station. I seem to still sit there playing with my past, playing with life and playing with you.

I was born in Kazakhstan. I am 20 years old. I like to think about something big. I love looking for truths. This is my story.