A multi-award winning debut akin to The Hunger Games, Game of Thrones and Deltora Quest, creating a modern fantasy adventure fuelled by survival with a new twist on extraordinary powers.

What are The Gifts of Life?
Inside this book hides a magical world that is celebrating something special! It’s that time of year where every major city gathers for another Ascension Day. But this year it’s different.
Inside, awaiting and resting, are Perry’s powers. On this day, he, his friends and everyone else who lives and breathes, can use their powers through the ceremony of a godlike light. But this day is different.
Inside the White City there is an evil army. After the destruction of his home, Perry finds himself lost with his best friend, his sister and their servant, Bailey, an Ever who leads them to safety.
Outside, on their journey, the group is forced to use their powers. But as time fades, so does their humanity. Releasing their gifts of life to the world, only leads to mutation. And what was, may never be, but this time it’s different.
From the plains of the White City, Kelton Whide, to the forest of the Green City, Everbreen, nature takes its course. And where the Panda talks, a Masked Man mumbles and many white orchids turn to red, what is sacrificed inside this book leaves this magical world truely in awe! 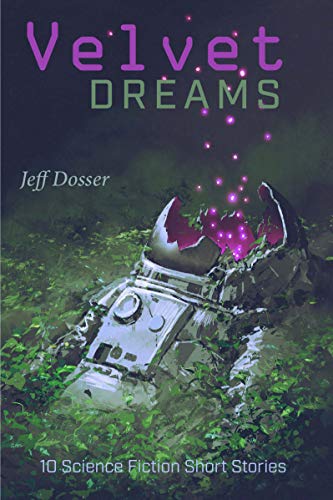 Including the award-winning short, Homecoming, as well as several stories found in popular anthologies and magazines, Velvet Dreams explores the depths of space as well as the depths of the human soul. A hodgepodge collection certain to entertain.

Twins David and Dennis Pischke’s lives change forever when their father dies, and a man damaged by the war arrives at their farm near the isolated town of Moosehorn, Manitoba. Boleslaw Domko quickly works his way into their lives and their mother’s bed.

“Where Children Run” opens with one of their earliest memories—the day Domko throws their infant stepsister against the wall. In this first-hand account, the Twins recall years of neglect, starvation, and enslavement; horrific beatings and candlelit nights spent in the nearby St. Thomas Lutheran Church. Neighbors intervene, but their efforts provide only temporary relief as the children’s mother—also living in fear—refuses to press charges.

The brothers vow that if they survive, they will someday expose their tormentor and members of their mother’s religious organization who turned a blind-eye to their suffering. This is their story—told with stark honesty and in heart-wrenching detail.

“Where Children Run” is a timeless, unforgettable book about survival; and a powerful testament to the strength and adaptability of the human spirit.