A strange ability. A discovered corpse. But will his supernatural sleuthing skills lead him into a killer’s trap?

England, 1990. Reed has travelled his whole life in search of someone who understands him. So he’s thrilled when his journey brings him to free-spirited Zoya, who shares his rare ability to dream-walk. But after his gift leads him to a hidden corpse, he becomes the prime suspect in the murder.

Despite the setback, Reed resolves to use his power to help crack the case.

When the real perpetrator delivers a violent threat, he’s tempted to give up, slip into his camper van and hit the road again. After all, who would miss him?

Will Reed flee the tiny seaside town and abandon his new friends – or will he risk everything to expose the murderer?

The Invisible Body is the first book of The Falling Awake Mysteries, a captivating, character-led series that blends amateur sleuth crime story with an exploration of human connection. If you like compelling characters, seaside settings and a hint of the paranormal, then you’ll love Jenny Cutts’ intriguing novel.

Buy The Invisible Body and unravel the mystery today.

Jenny Cutts is the author of The Falling Awake Mysteries, a sophisticated cozy mystery series set in the UK. A literature graduate and former archivist with a passion for cinema, she punctuates her writing time by watching the city bustling below her window and gazing at the big skies rolling above. 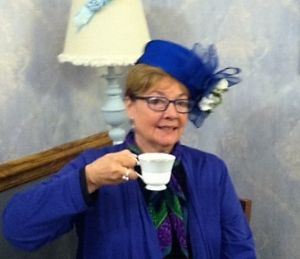 “A riotous, explosive adventure novel—as hilarious as it is action-packed”

Dick Wiener traveled back in time and saved the world. Now, he just wants some rest and relaxation. But there’s trouble lurking beneath the turquoise waters near Cayo Pene.

A mutiny on Dick’s prized new yacht, the Salty Surprise, leaves the toilet-salesman-turned-hero marooned in the tropics, with his family missing. When Dick crosses paths with benevolent drug smuggler and foodie Chavo Cortes, their stories intertwine over a cheeseburger, a half-ton of cocaine and a misplaced hand grenade.

They’re joined by Busty Bixby, an adult film star and assassin, and Father McKill, a hitman for Jesus, who show up in a storm of bullets with Wiener’s name on them. But nothing is what it seems on this imperfect getaway. They’ve all plunged neck deep into a sinister Caribbean conspiracy masterminded by a shadowy figure from Dick’s murky past. With his family in jeopardy and the birthday of the Lord approaching, Wiener must enlist a band of heroic misfits, murderers and fools to fight back.

Facing pirates, profiteers, a drug kingpin and the world’s most dangerous man—a deranged nuclear sub captain—who all aim to scuttle Dick’s dream vacation, how can Dick save Christmas, and save his family from a watery grave? The answer is to kick some ass…again.

If you enjoy the tropical vibes of Jimmy Buffett, the seat-of-your-pants action of Clive Cussler and the oddball comedy of Douglas Adams, this is the epic adventure you’ve been waiting for…

“A bewildering feat of mayhem, madness and turbulent tumescence wrapped-up in one of the most exhaustingly funny books I’ve ever read.”

Luther Banks is a television producer and lifelong storyteller who now devotes his energies to fiction writing. His stories aim to capture the human condition in all of its aspects, including those that mainstream literature conveniently ignores. In his free time, he enjoys the beach, spending time in nature, and doing the three W’s of life: woodworking, wine tasting, and writing (and wizardry).

He is the author of two books in the “Dick Wiener” series. His latest work is entitled “Dick Wiener’s Caribbean Christmas: An Overstuffed Sequel”

A tragic accident leaves the Simmons Family reeling. Their summer trip to the beach tries to heal all wounds, but unfortunately, they can’t outrun grief. Can Maggie bring her family back together, while figuring out her own problems? Will Elijah ever be welcomed back into the family? Salty air, friends, and family come together to overcome the biggest hardship of their lives in this third installment of Carrie Baker’s Heron’s Point series.