How did Joseph do it?

For 13 years the circumstances of his life went from bad to worse. Slavery. Alleged rapist. Prison convict. He did nothing to deserve such rough treatment. Yet Joseph never whined or complained. He didn’t get angry or depressed. In fact, when he had the chance to take revenge, he gave mercy, grace, and generosity instead. How did he do it?

You’ll find answers in 30 Days with Joseph, the second in a series of devotionals that focuses on a Bible character. Each day of the month, you’ll accompany Joseph on his spiritual journey and learn how he overcame the challenges he encountered along the way.
And show you how you can too! 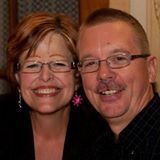 Steve Wilmot’s passion is to encourage and inspire Christians on their long and sometimes treacherous spiritual journey Home. Over the years, he learned valuable lessons from his own journey of faith and developed indispensable relationships that kept him from giving up when discouragement and lack of hope told him to. His purpose in life is to pay it forward whenever he can — first as a pastor for 40 years and now as a writer and mentor.
Steve married his college sweetheart, Becki, in 1974. She supported him — and many times served as his anchor and cheerleader — during their years leading churches from 1976 – 2016. They have four grown children and eight grandchildren. He retired from his bi-vocational jobs as a pastor and a mail carrier for the United States Postal Service. Along with devotionals, spiritual growth books, and novels, Steve writes a weekly column, “Pastor’s Ponderings,” for two local newspapers.
In his spare time, Steve enjoys engaging with his grandkids, reading, gardening, and landscaping around his house. He stays connected with his small group, the Band of Brothers, as they travel side-by-side toward Christlike character and Home. They’ve discovered the Christian life is not Jesus and me. It’s Jesus and we, and they are committed to encouragement, support, love, and unconditional acceptance of each other.
Steve also likes sharing his spiritual journey and teaching from God’s Word at churches and conferences.