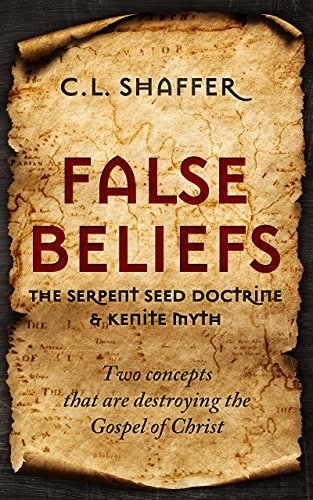 The Serpent Seed Doctrine, an old title that persists, is the belief that Eve had a sexual encounter with Satan described as “that old serpent” in the book of Revelation and that Cain was born from that union. The work provides a brief analysis of the sources for the Serpent Seed Doctrine outside the biblical text. It then investigates verses that supporters of the doctrine use in the Bible. The Kenite Myth, which is the idea that Cain was Satan’s physical child whose descendants later became known as the Kenites, is examined through biblical and rational argument. Other beliefs of the Christian Identity Movement are covered, including Anglo-Israelism, the notion that white Anglo-Saxons are descended from two Israelite tribes.

More specifically, in this book:
Find out why the fact that the same Hebrew word which is used for Cain and the Kenites does not help support the Serpent Seed Doctrine

Discover the unbiblical sources for the Serpent Seed Doctrine

Come to know what Nephilim meant originally, not what it has come to mean

Gain the biblical and factual information needed to refute Anglo-Israelism, the Edomite Myth, and the Khazar Theory