Being a Warrior isn’t easy. But fighting for justice is always worth it.

Continue the exciting adventure and magical intrigue of The Unstoppable Liv Beaufont with books 5 – 8 in this Urban Fantasy series today!

The truth would change everything.

But no one knows it.

Except for Liv Beaufont and those who have been hiding it for centuries.

Fueled to uncover the facts and restore the House of Seven to what it’s supposed to be, Liv starts searching for resources. However, the Council has different plans for her. They put her on a case that is sure to keep her busy…if not get her killed.

Werewolves are real. And they have their own secrets.

Liv ventures to the village where werewolves originated and learns who she can trust and who needs to be taken out. But doing so won’t be easy.

And just when Liv thinks she’s finally conquered evil, an old nemesis comes back to haunt her.

Some people won’t rest until they get to the bottom of things.

And some want to kill her for her persistence.

To try and keep Liv from finding out the truth, Adler brings back an ancient evil that the Warriors exterminated long ago. Now, alone, Liv will have to battle monsters so dark, they frighten even the strongest magical creatures.

But she can’t be deterred from her quest for the truth.

While trying to take down evil beasts, Liv also works to uncover why mortals can’t see magic. Her journey takes her to the last place she wants to go: where her parents died.

What she finds, changes everything.

When saving the world is your job, it’s impossible to get a day off.

It’s a good thing because being Father Time’s only employee is demanding.

Liv can hardly believe she has to carry a chicken around while fighting villains. However, the chicken is supremely important. She just doesn’t know how. Or what the bird wants to eat…

And then there’s Sophia’s dragon egg.

Whoever stole it is going to pay big time when Liv gets ahold of them. In the meantime, Subner helps Liv to track down the elf who made Inexorabilis. Unlocking the memories Liv’s mother sealed into the sword is crucial.

What she finds is supposed to change everything.

Mortals have never been more at risk.

Adler Sinclair wants them gone, once and for all.

However, there’s a long list of things Liv Beaufont won’t allow to happen.

First, mortals can’t die. Secondly, the brainwashing has to stop. And thirdly, the person who killed her family is going to pay. Badly.

The stakes have never been higher.

Everyone who Liv cares about is involved in this conspiracy in one way or another. She fears they will all die if she doesn’t save them.

And there’s one complication that Liv didn’t account for. It’s one of the heart.

Here’s your chance to get the next 4 books in this fantastic series that proves Family is Forever at a fantastic discount! 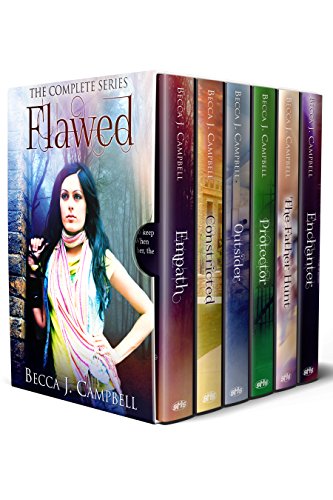 Find out why readers say:
“I loved every minute” and “I can’t get enough of these characters and their special flaws.”

Flawed features a lovable cast of supernaturally charged college kids as they band together to overcome their unusual flaws and outwit several determined killers. If you enjoy heartwarming love stories, gripping suspense, and a dash of the paranormal, download this series today. 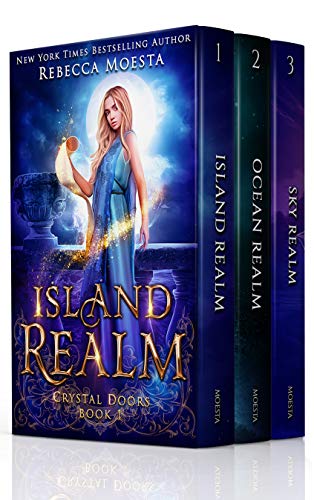 What happens when your father accidentally transports you through a magical doorway?

Fourteen-year-old cousins Gwen and Vic have lived together ever since the mysterious deaths of Gwen’s parents and disappearance of Vic’s mother.

When Vic’s scientist father accidentally transports them through a magical doorway to the island of Elantya, the challenges begin.

Elantya, wonder-filled place of magic as well as technology never imagined before.

Will family help Gwen and Vic survive, or will nature require balanced scales?

Gwen and Vic are still learning magic and science on the island of Elantya when they learn Vic’s father has finally made it through the crystal doors to Elantya.

However, their excitement is short-lived when they and their friends are kidnapped by their underwater enemies and taken beneath the sea.

Imprisoned there, forced to witness battles among sea monsters and face the dark sage Azric, they learn of a scheme that could bring Elantya to ruins.

Can they escape in time to save the magical island from destruction?

Or will their enemies finally win?

?Can Gwen, Vic and their friends succeed in the exciting conclusion to The Crystal Doors?

Will the five friends forge the magical Ring of Might? If they do, will they be enough to challenge Azric?

When their friend Sharif is called back home by his father, the Sultan, Gwen, Vic and their companions travel to the flying city of Irrakesh only to find that the Sultan is dying.

Now, Sharif is the next in line to the throne.

Before he can choose between duty and destiny, Irrakesh is attacked and the city is taken hostage by the dark wizard’s monstrous winged army.

Now Gwen, Vic and their friends take to the skies for the climactic showdown with the evil wizard and all of his dark forces.

Will Gwen and Vic finally take Azric out? Or perhaps the power of the Sky is too much for them?

Scroll up and click ‘Read for Free’ or ‘Buy Now’ and follow Gwen and Vic as they strive to save Elantya.