Cannibals and lions and murder – oh my!

Intrepid librarian H. R. Huxtable and his column of misfits are out to save Jepson’s beleaguered British outpost in central Africa—battling rock-strewn rivers, bloody jungle, hungry cannibals, and each other. His toad-witted captains are slaves to drink. The only female member of the expedition is on a personal crusade to stamp out celibacy. And while none of them seem to respect his authority, one of them has gone so far as to ventilate his tent with bullets, which is a bit much.

We Must Save Jepson! is a satirical romp through the Victorian era of exploration and expansion, wherein our hero discovers hitherto unknown depths of character despite the self-satisfied arrogance of his age, and proves that sometimes it does you good to get out of the library (and your tent). 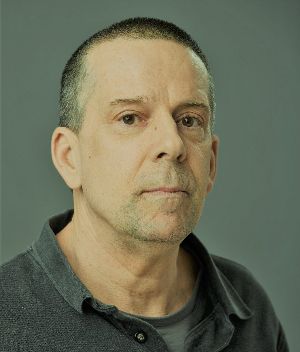 Mark Petersen has been employed as an archaeologist, truck driver, logger, and bike-tour guide in Paris. He also attended law school for one day, which was enough. Presently he is an addictions counselor by day, crime fiction addict and author by night. Any resemblance to the quirky characters in his books is mostly coincidental.