A very soulful and satirical version of the classic: “A Christmas Carol.” Narrated by a pair of jive-talking “Dozens” Players named Madd and Dog2020 aka Maddog2020. Even if you don’t like Christmas, you will love these characters. They introduce Ebenezer Jenkins the miser who owns Glad Wrappings Funeral Home and Barbecue joint where it’s likely you’ll enjoy your uncle’s ribs after he kicks the bucket.

Jenkins, of course, hates Christmas and giving to charity. He schemes with a midget who goes around attempting to clunk men upside the head and cause their demise. But being a midget he can only reach so far which earns him a dubious name and causes his victims much pain.

Christmas Eve snow, lacy like Victoria Secret panties caressed Ebenezer’s window. Folks carrying Christmas hams and bags of yams tripped and stumbled along the broken sidewalks. Some carried toys from China bought lovingly from Wall of the Mart. A few got full from cheap vodka and fruit punch and commenced to singing Christmas carols. They mixed up the Christmas songs with bits of old-time Gospel melodies.

Taking my hand to Jerusalem

“Dead cats,” Ebenezer yelled at the carolers outside. They went away. But there was a thump and loud yowl at his window. When he peeked out, he stared straight into the dead eyes of a dead Persian stuck to the ice on his window. 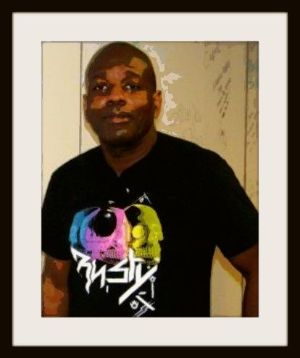 Charles W. Harvey is a native Houstonian and a graduate of the University of Houston. In 1987, Charles was a 1st place prize recipient of PEN/Discovery for his short story Cheeseburger, which went on to be published in the Ontario Review. In 1989 Charles Harvey was awarded the Cultural Arts Council of Houston Grant for Writers and Artists. Charles has been published in Soulfires, Story Magazine SHADE, High Infidelity, The James White Review, and others. He is the author of the novels The Butterfly Killer, The Road to Astroworld, Antoine’s Double Trouble, and Maura and Her Two Husbands. He is also the author of several story and poetry collections.