Anwar Montan, an orphaned product of an illicit fourteenth-century love affair is exiled from an aristocratic family by a grandfather who wants him dead. He is an outsider, growing up facing hardships and fighting for acceptance at a school for troubadours. Armed with no more than a thirst for knowledge of the world and a curiosity about his place in it, he enlists in his mentor’s pursuit of the most important challenge of his young life – to help uncover evidence of a nefarious cabal’s plot to oust Queen Joanna I. Anwar learns to interpret the puzzles and patterns in the world and becomes an elite code-breaker with help from his mentor, archivist Master Henri Gérard, who has been robbed of his own family’s legacy by the conspirators. Anwar and Gérard’s mission is abruptly interrupted when Anwar is unjustly conscripted into an indenture with the mercenary brigade of the leader of the cabal, Enis Charbonneau. Anwar finds love with Charbonneau’s private nurse while convalescing, but shortly after finding this hope for a life worth living, Gérard is murdered by the cabal. Anwar is framed, forcing him to escape and leave behind the woman he loves in order to avenge Gerard’s killing. He must outwit the conspirators before they have murdered everyone else that he loves and dethroned the Queen. 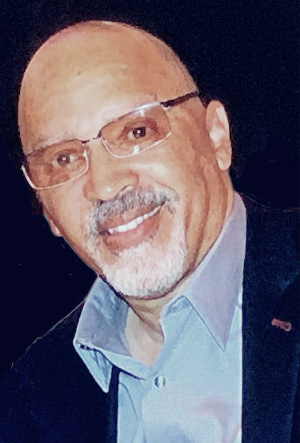 As a child, L. E. Berry grew up enthralled with recitals by his grandmother, Oretta, performed in the oral tradition of griots, the West African storytellers. He developed his love for a good story along with an appreciation for vivid imagery through tales she passed down from the generations before her. Born into an Air Force family, Berry moved from place to place and lived at various military bases around the world. L. E. often felt like an outsider in the new communities. He used his creativity and his undeniable abilities in art, inherited from his mother, Anna, to communicate and to help establish friendships during his family’s frequent relocations. Prior to suffering a stroke in 2011, L.E. Berry worked as an accomplished visual artist and digital motion producer. Albeit unforeseen, at the age of eleven, he had taught himself to draw using his left hand in case he lost the use of the right one. Through studies of Art History, L.E. Berry developed an interest in the art of the pre-Renaissance period troubadours and considers them the world’s first Pop Stars. In fact, their literary expressions of romantic love inspired the narrative for That One Almighty Thing. He now lives in Northern California with his partner, Irina, and their two french bulldogs, Tobias Augustus and Cyrus Aurelias.