Arthur the adventure dog is a Staffordshire Bull Terrier. He loves nothing more than to explore new places and investigate new things, meeting animals and learning all about them on the way. Join Arthur as he goes on an adventure in the woods, to learn about the creatures that live there, and to make new friends. 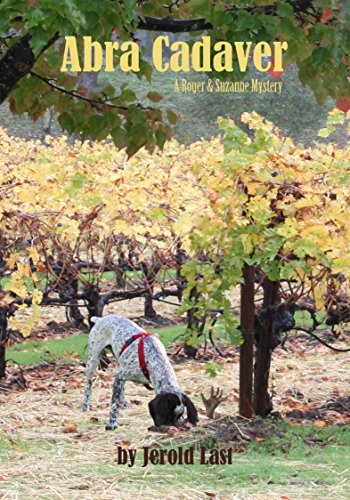 A former client who gave Roger and Suzanne their first German shorthaired pointer, Juliet, mysteriously loses her new husband a few days after their wedding. The bumbling local sheriff treats the disappearance as a spouse developing buyer’s remorse and running off. The client, questioning the official nonchalance, hires Roger to find the answers. And we’re off on another complicated murder case involving dangerous wineries, the apocalyptic history of a small rural town, California’s deadly drought, a raging wildfire, corrupt cops, buried cadavers, a critically wounded private eye, and a lurking serial killer. Juliet, now trained as a cadaver dog, gets her first real test in the field. Dog lovers, mystery and whodunit fans, and the many readers who’ve enjoyed previous books in this series will enjoy this suspenseful thriller set in Northern California’s Central Valley region. Series fans will reconnect with characters from earlier books, while new readers can enjoy this story as a standalone novel and an introduction to the series. Free for download from Kindle Unlimited.